The week prior to the YakAttack tournament felt like the week prior my previous deployment  to Afghanistan. Every day entailed making last minute runs to Bass Pro and Wal Mart, tracking down stored gear, packing "everything and anything" that I might need, doing laundry, and trying to finish up the semester at school. With all the craziness finally done the Thursday before the tournament, it hits me...I have problems! I look in the back of my Tacoma and it looks the like the back of a Sanford and Sons pick-up! You would think that I packed up the house and threw it in the back of my truck. My wife said that it looks like I was moving out! "No hunny, just camping!" It's finally done, Camp Schwigy was finally ready to hit the road!
Early Friday morning I met up with some of the guys from WKFA at Wal Mart and convoyed to Cracker Barrel in Mechanicsville to grease up our stomachs before setting up camp and pre-fishing. With "Camp Schwigy" all set and the day of pre fishing done, it was time for the Captains Meeting and a couple of cold ones. The turnout for the tournament was GREAT! Over 50 registered anglers were there from Texas to New Jersey. 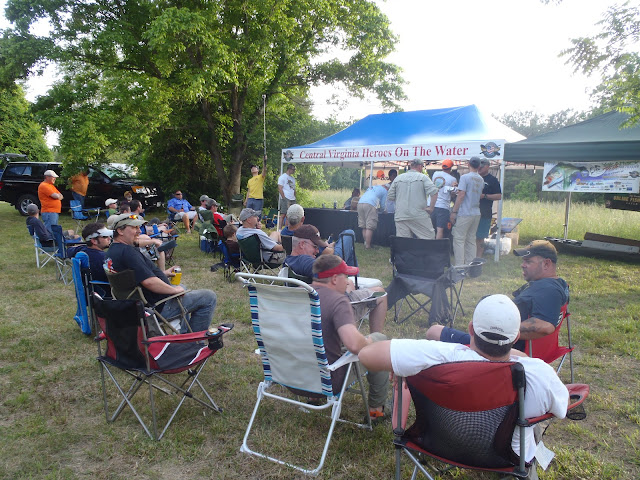 On tournament day I teamed up with "Knot Right" himself (Chad Hoover) and Shaun Russell from Texas to try and tackle some of the Briery Creek beasts that the lake is known for. Just like how most tournament days are...it was tough. We caught lots of fish 12"-16", but nothing really solid. The biggest fish that we caught was my 17 1/4". That fish was good enough to tie for 5th place in the bass division. 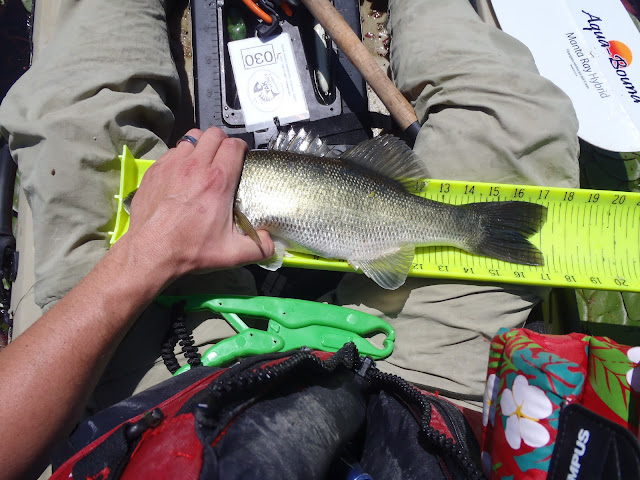 The rest of the day was filled with raffle prizes, BBQ, camp fire stories, and camaraderie that you cannot beat. Thanks to Jim, Tina, and Luther Cifers for putting on an amazing event! I'm already counting down the days until next year.

Not a week goes by and I find myself on the water again. This time I'm fishing the salt chasing after some flatties. I decide to hit the HRBT and try my luck for the late afternoon/early evening time frame along with the tide change. Once the tide turned it didn’t take long before I nailed the first taker of the day. Once I caught one, it was one after another until dark. I ended the day with 7 flounder with the biggest going a little over 18". 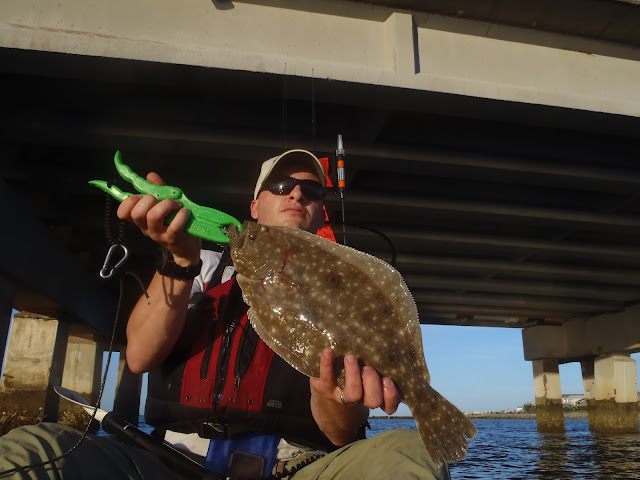 The next day I picked up my friend Bobby so we both could get in on the flattie action. Bobby picks up a nice 19" off the bat so I figured it was going to be a good day. Just as fast as it started, it was over. The rest of the day was croaker galore! I didn’t plan on feeding the croaker $18 in Gulp, but oh well, that's fishing! Here is Bobby's fish: 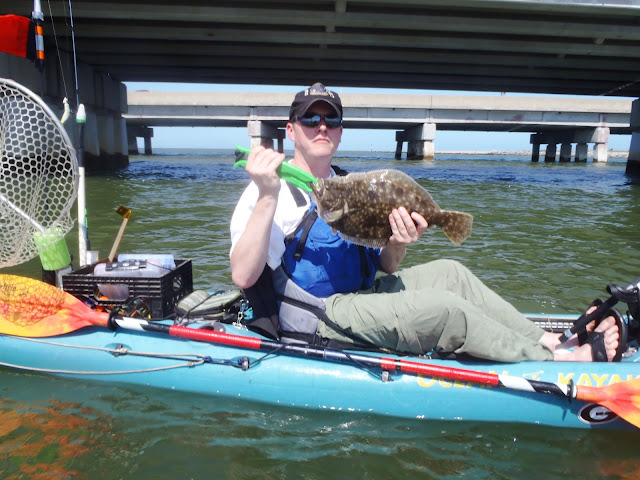 On Sunday night I decided to stay close to home and try for some specks. Not much to write about this outing. Strong SE wind, fouled hooks with floating grass 9 out of 10 casts, and enough mosquitoes to carry off anybody! It was actually the perfect way to end my Memorial fishing weekend. As the sun was setting, I could see fireworks bursting in skies up and down the coast along with "Old Glory" flying high from proud American's flagpoles. 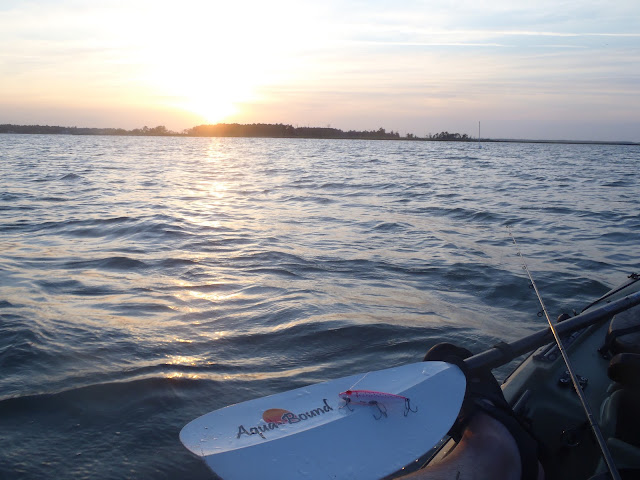 While casting my Super Spook and Mirrolure, I thought of the real reason that I was able to be out there fishing. I thought about the brave men and women that gave their lives so we could have our cookouts, campfires, and outdoors fun. I thought about my last trip to Afghanistan where I watched our fallen Americans take their final trip home with our colors draped over their caskets knowing that they made the ultimate sacrifice for you and I. I thanked God for bringing me home safe and sound every time so that I could enjoy the freedoms that we are privileged too. Thank you to those that have served and those who are currently serving our country. Most of all, God Bless the fallen and the families of those that made the ultimate sacrifice. You will never be forgotten.