Tails Of The Troll

There is something about this time of year that get's my blood flowing! Could the it be the leaves changing colors...Maybe? Could it be the deer are chasing and the ducks are flying...Maybe? Or could it be the fact that the fish are hungry and starting to put on their feed bag for winter..Hmm, Maybe! One thing is for certain though; it's Fall and I LOVE IT! 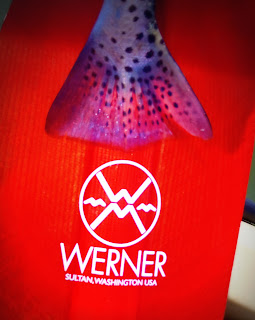 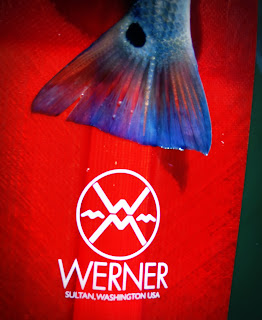 There are things in life that just make people "tick". Though many people have crazy different passions and motivators, many possess the same that I do...The Outdoors! If I didn't have the outdoors, I would not be the person that I am today! Yes, we can enjoy the outdoors everyday of the year, but there is something special about this time of year. As Halloween approaches, so does cool temperatures and steady fish appetites! When the water temperature starts to steadily drop, the opposite happens with the fishes feeding cycle. They will feed more often and consistent throughout the day. Every living thing knows that winter is coming, and fish are no exception

After a few conversations during the week with Rob Choi, I decided to team up with him on one of his outings. Rob had planned to hit a trout hotspot early in afternoon followed up by an evening to the HRBT. With my schedule, I was only able to fish early in the day. I launched early to fish the start of the incoming tide to maximize my time on the water. I have fished this location many times and had a good idea on where and when I could pick up some trout. I decided to troll a Mirrolure and jig/plastic combo to cover some water. It took only about 5 minutes before I pegged my first trout on a Mirrolure. This 21" set the pace for the day: 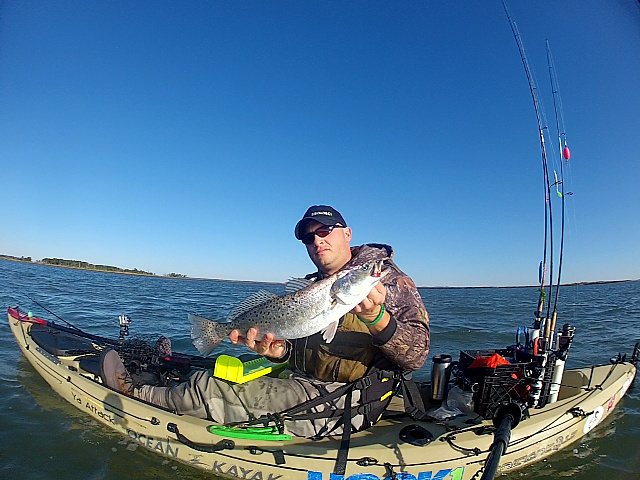 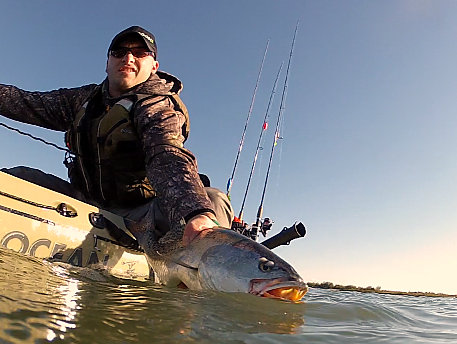 There is no other confidence builder compared to the one of catching a nice fish to start off your day. You can just feel the mojo which I believe is one of the keys to catching fish! I decided that I would toss a Skitter Walk in the same area that the trout was landed in. With the tide starting to roll in, I knew the baitfish would be doing the same. Just like I planned, a fish crushed my top water. Only this time it was not a girthy trout, but an aggressive little redfish. 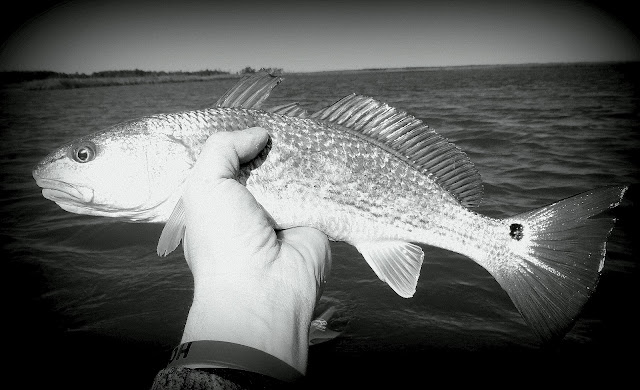 With the winds picking up much stronger than forecasted, I decided to stick with trolling. The Mirrolure and jig/plastic combo is a great match because you can have 2 different presentations going at once. I decided to venture to a windblown shoreline to cover the mouth a cove knowing that fish stage out in front. Just as predicted, the fish were there and hungry.  Chalk another fish on the Mirrolure. One thing I have to add though... If there is one thing that drives me nuts, it's a guy stealing your spot once you catch a fish. Look over my shoulder, this guy motored up and anchored as I landed this fish. I tried to be sneaky, it didn't work.

I met up with Rob Choi not long after releasing the trout. Joining along with him were both his cousin and friend who were eager to get into some fish. In short order, it takes no time before we hook up again. I drop a nice fish trolling a Mirrolure followed up by a strike on the other rod. This time, a Marsh Works jig tipped with a Bass Assassin triggered the hit. Trolling is proving to be the ticket!

One thing many trout fisherman know is when the bite is on, IT'S ON! It seemed like we were getting hook ups one after another. Soon after I released my trout, Rob's rod doubles over! This has the making to be a great day!

The afternoon was filled with fish posing for the camera, swings and misses, and NICE fish coming off at the boat. Not long after Rob showed up was when I had to call it a day. It would have been nice to fish the rest of the incoming tide, but I had a family date at Busch Gardens. I ended the trip catching 7 trout between 17" and 21", and two little redfish around 15". This was a typical fall day, with steady action. 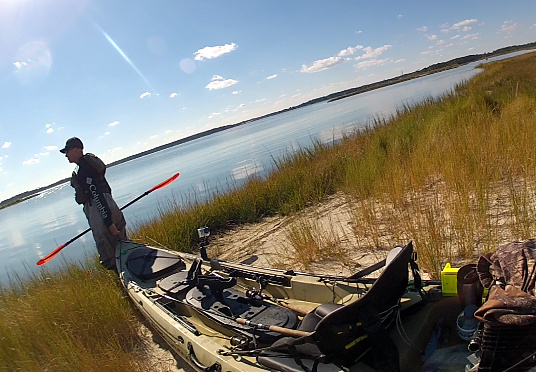 There is nothing like a good day of early fall fishing! Autumn is here, and so are the fish. I am still in search of that citation speck! I will get it soon, I know it! I'm counting down the minutes until I get to chase after these feeding trout again.  In the mean time, I can just stare off into the bay and think about my next day on the water chasing after Mr. Big.