As most people know, Santa is a VERY busy guy this time of year! I mean think about it...Constant reviewing of the naughty and nice list, supervising the gift building in his newly remodeled 20,000 square foot work shop, firing and hiring poor performing elves, making sure his sleigh is in tip-top shape, and ensuring that his reindeer are conditioned up for their "world tour". What you may not know is that Santa has a closet addiction...Kayak Fishing!!

Santa had his trip precisely planned; hit up the nice kids in the International Date line of the Pacific Ocean first and slowly make his way West. This year was a little bit easier on Santa because the naughty list was bigger than ever. A lot of kids were disrespectful to their parents and teachers, lying, shoplifting, and blowing up their parent's phone bills with 9,000+ text messages a month! Once Santa realized that he had some unexpected down time, he strapped his Ocean Kayak Trident 13, Werner Camano paddle, and his cow striper gear to the back of his sleigh for a little "pit stop" at the striper waters of the Chesapeake Bay region in Virginia.

Christmas came and went and it was time for Santa to get out striper fishing. Santa is no stranger to doing his "homework" on fishing either. He pulled up reports from Kayak Kevin, Rob Choi's angling-addict.com, and his own backlogged reports to formulate his game plan. Santa only had a couple of hours to fish so he needed to make the most of it.

With the reindeer all fat and happy at the launch, Santa set off in search of the cow stripers. Santa used two rods; one weighted eel and one free-lined eel. Not long before the top end of the incoming tide, Santa's free-lined eel got smacked. Ho Ho Ho, FISH ON!! After an intense drag ripping battle, Santa was rewarded with this feisty 40" striper. 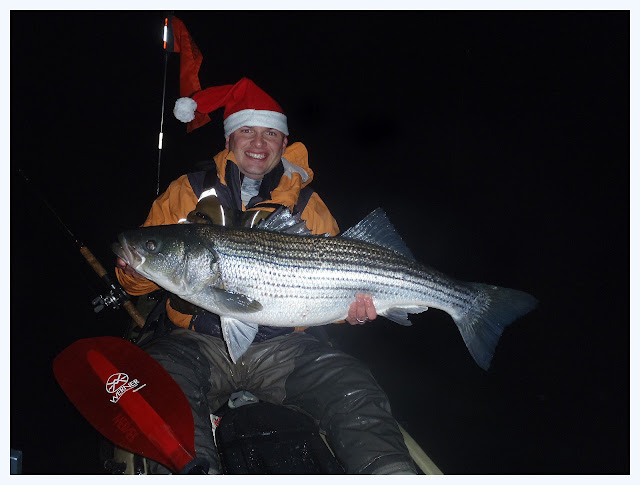 Unfortunately, that is the only action that Santa had that night. Clear skies with high pressure was nice to fish in, but did not encourage much feeding. All in all, Santa had a smile on his face as he paddled back to his anxious reindeer. He looks forward to the end of Christmas so he can sneak out on the water. If there is one thing Santa despises more than naughty kids, it's a SKUNK. That didn't happen that night, so it was a win! Santa will have to wait another year before he can saddle up in his kayak again. At least he can day dream of the fierce striper fight as he prepares the North Pole for 2013. Until next time... 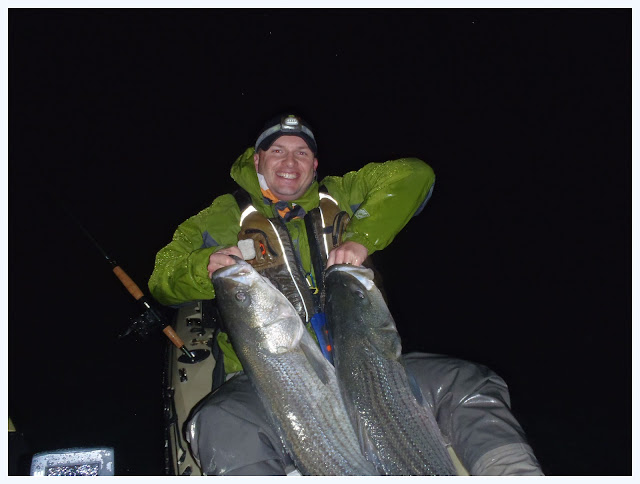 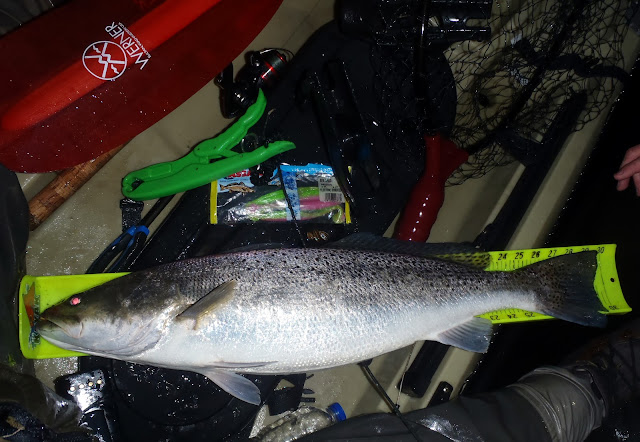 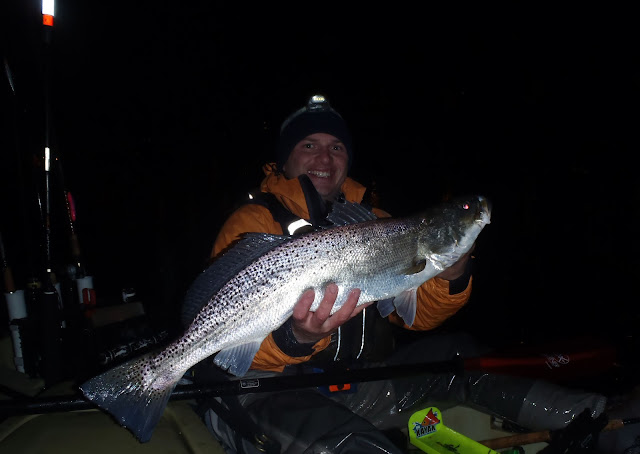