Wind, Nudity, and a Citation

I'm pretty sure that most mid-Atlantic anglers would agree that the nonstop wind has been anything but welcomed! 15+ knot winds have kept many fishermen off the water instead of seeking out the newly arriving summer species. The reports of cobia, flounder, sheepshead, and spadefish among others have anglers glued to the internet and Smartphone weather apps while crossing their fingers for a break from Ma' Nature.

Even with the strong winds, I decided to hit a local secluded spot after work. The nice part about it is that it's less than a 40 minute paddle compared to other locations that I hit throughout the summer. An aggressive speckled trout got my hopes up in the first 15 minutes.


It didn't take long to get fed up with the white capped waves so it was off to a creek. I like fishing the start of the creek and along the mouth as the tide is coming out. Not only can you get out of the wind, you can setup intercept fish traveling with the current out of the creek. The night was capped off by a 19" redfish that was working a current swept grass line near the mouth of the creek. 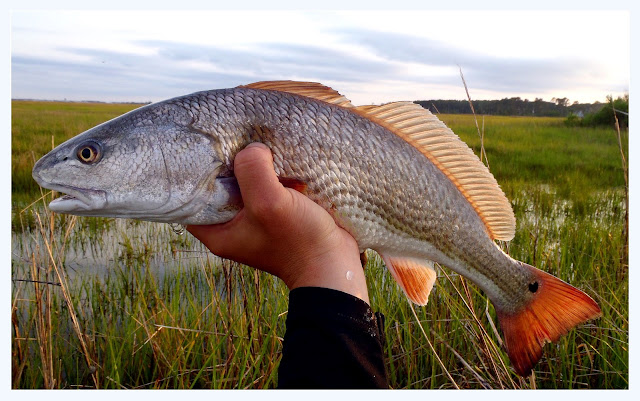 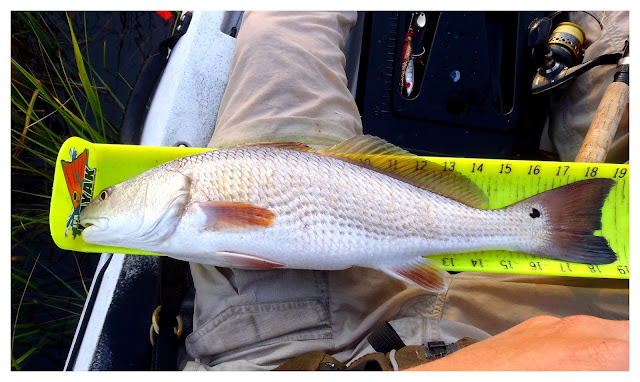 Some people believe all living creatures are affected in certain degrees by a full moon or "lunar effects". After the last trip to the Chesapeake Bay Bridge Tunnel (CBBT), I can understand why. I arrived at Oceans East around 5am to grab some fiddler crabs when I ran into Tommie Dewitt. He tells me as he was in the McDonalds next to Oceans East, a guy was standing in the back on top of a table...butt naked and mumbling. Even when the cops showed up to talk with him, he just mumbled his way to jail. What's the big deal, who doesn't get naked and stand on their table after an egg McMuffin and hash browns!

Just as I thought it couldn't get any better...it did! I pulled into the drop off area by Alexander's at Chicks Beach around 5:15am. Brandon Westfall is already there and says, "You just missed it!" I guess a couple of minutes before I showed up, a teenage couple thought it was a good idea make whoopee in the car with the windows open right next to the beach entrance. I guess the girl was pretty embarressed when Brandon showed up but the guy said, "So, do you catch any fish here bro?" Like I said, could it have been a full moon effect? Maybe, since it was a full moon on Sunday, June 23rd, food for thought anyways. For my CBBT outing, there was no other "action" to speak of. 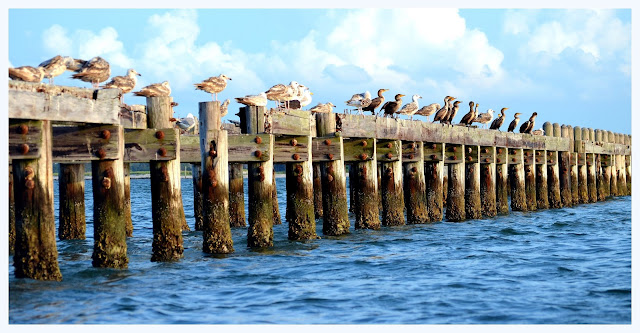 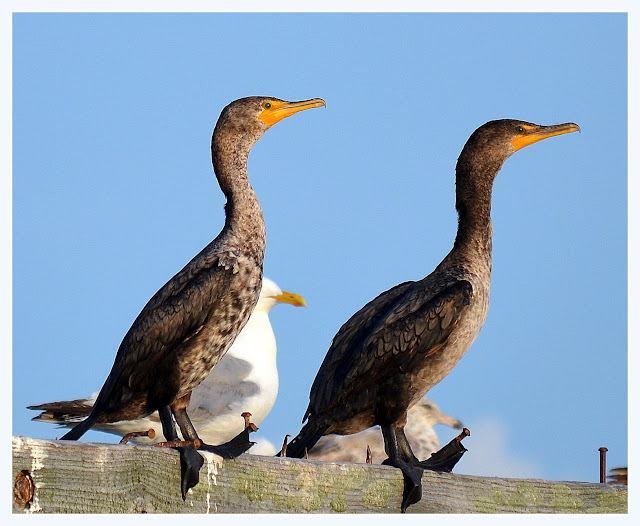 The following day some friends from work and I planned on hitting some local water after work on our half day. Go figure, it was windy once again! Instead of throwing in the towel, we made the best of it. We headed out in strong chop to seek after some speckled trout. It took a couple of different locations and patterns but I was able to entice this hungry 18 1/2" after 6 blow ups on my Super Spook Jr. 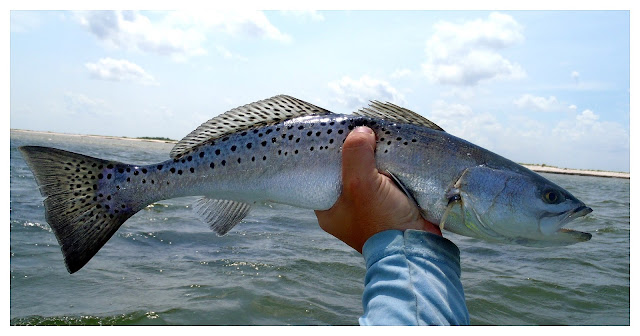 I found a small, but productive spot that was holding trout and baitfish at the bottom of the tide cycle. The slack was slow as usual but the bite picked up once the current started moving in. There was tons of bait everywhere but you had to work hard for the bite.


I had to head in as the current started to pick up. I had a good feeling that fish would be feeding during sunset with an incoming tide. My hunch was right as I paddled by a calm shoreline with waves coming from one direction and the tide coming from another. The second cast in the dark water proved my theory to be right as my Super Spook Jr became dinner. This obese 24" trout is my first citation trout of the summer. She managed to escape my kayak as I was setting up for the hero shot, oh well. 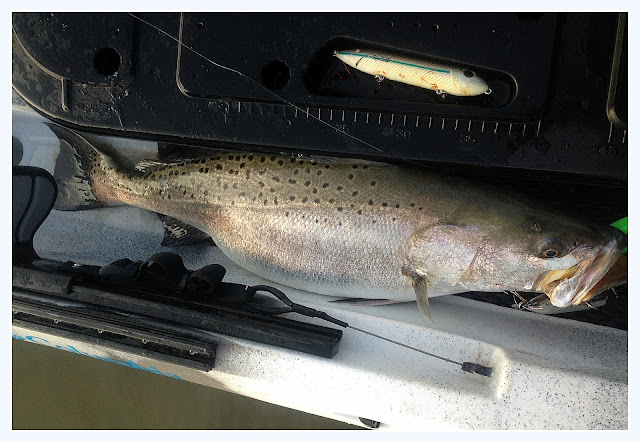 As the summer weather heats up, so does the fishing. Yes the wind is proving to be the number 1 obstacle, but you can't always let that hold you down. Going with your plan B is better than not going at all. Use the wind as an excuse to try a new area that you have been eyeing up. One thing is for sure, you'll probably have better luck than a naked guy on the table at McDonalds.


P.S- If you enjoy what you're reading or just want to hook a brother up, please "Like" my Facebook page and subscribe to my site. All links are on the right hand side of the page. Thank you for taking interest in Hook, Line, and Sinker! It's much appreciated!!