Miserable, hot, fatigued, blurred, excited, and blessed are words that could be combined to sum up my week of on the water. I have been fortunate enough to enjoy nearly a week off from work due to a birthday and a long weekend due to the 4th of July. The downside to the week was once again the weather was going to be a factor...Oh flipping well! 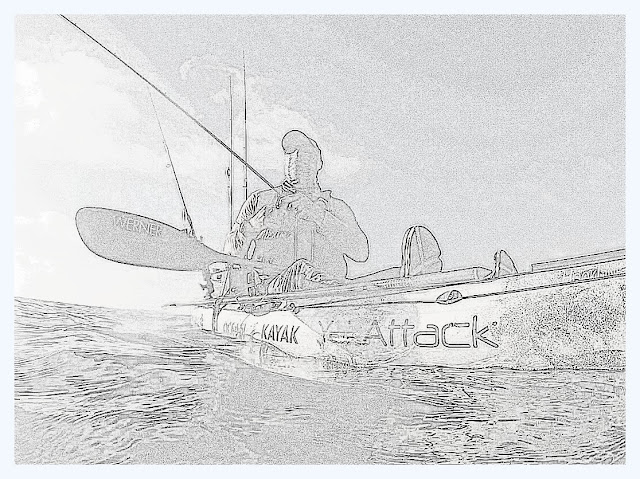 When a fisherman spends almost an entire week soaking up the hot sun and battling the strong winds, their memory tends to gets a little foggy. Trips blur together, some catches are nearly forgotten, and the angler can just be downright tired. While there are some experiences you don't mind forgetting, there are certain moments that will get engraved in your mind for you to reach back and pull out of the memory bank at any given instance.

Many hours were spent searching for redfish and speckled trout on some local inshore flats. I tried spots that have produced in the past, along with new ones that were found by doing a little homework. In most days, many hours and many miles were logged in my Trident 13 while trying to find fish and gain knowledge. 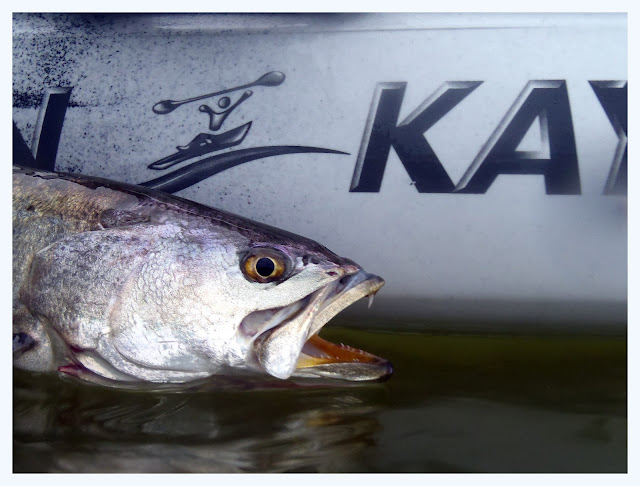 There is nothing more gratifying when your plan and ideas comes together and pay off. I had a good feeling that I would be able to get on some reds at the mouth of a creek with the wind and tide working together to funnel bait down the creek channel. 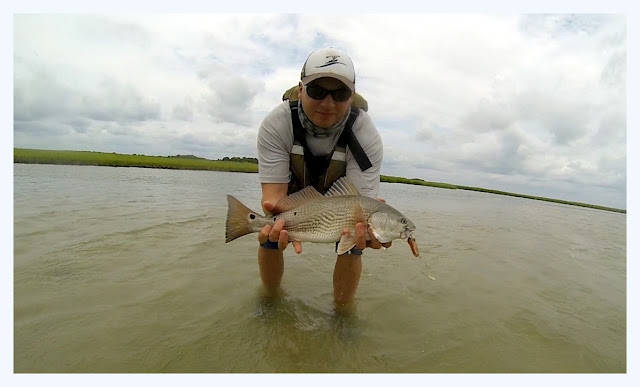 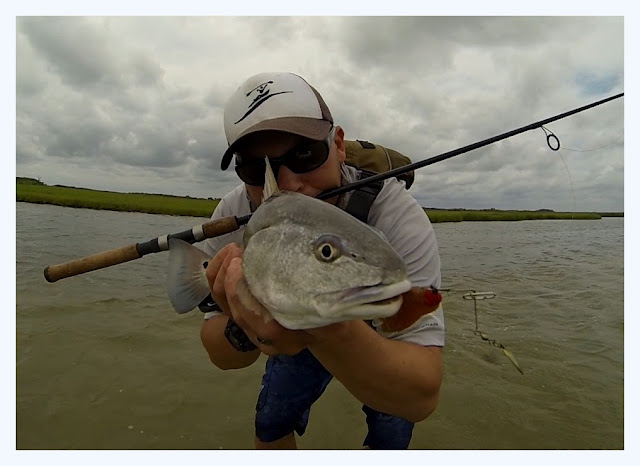 My 31st birthday is one that I won't soon forget. Even though the winds were blowing 15-25mph and the forecast called for scattered thunderstorms, I ventured out anyways. Here is an email that I received from my amazing wife on the morning of my birthday;

"Happy Birthday to my wonderful husband! I hope you enjoy your "me" day and a citation- or 3!!"
Well, at one point I thought I was going to pull off 3 citations. Not only did I land one citation trout, I landed two! I was going to try and make her birthday wish come to pass, but the nasty thunder and lightning put the brakes on that. 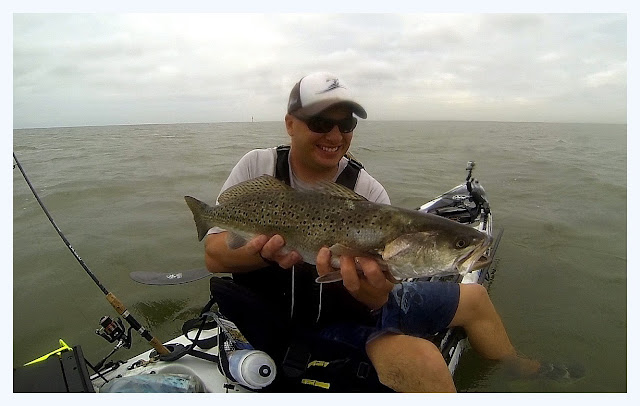 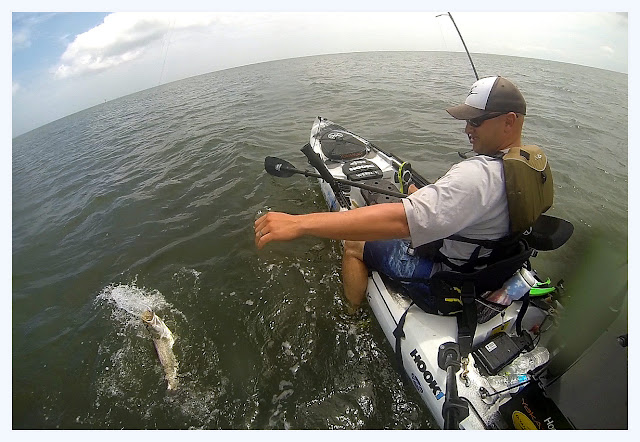 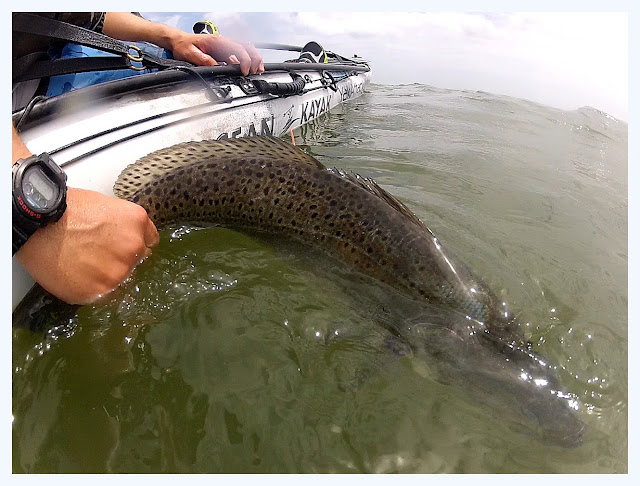 My birthday was a special one. Not only did I have a great day of landing trophy specks, my wife treated me like a king with crab bisque, bruschetta, and a birthday cake. What a day!

Umm, oh yeah...Top water strikes! There is nothing more exciting than having your top water bait get destroyed by a fish. I was expecting a big trout after a violent explosion on my super spook Jr, but this 20" red was a welcomed surprise. 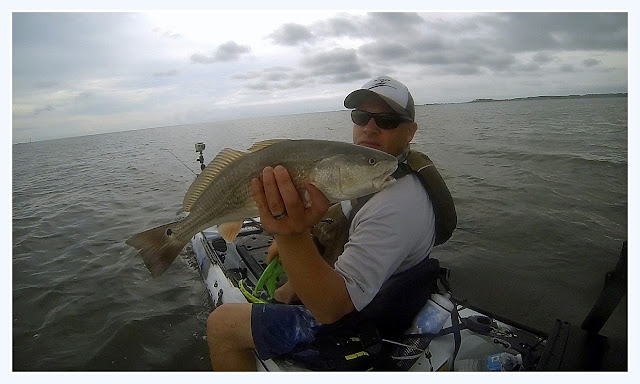 The glistening blue tipped tails just breaking the surface, the slight ripple path in skinny water with the glimpse of a bronze back, and the bulrush of a feeding red into a harmless school of baitfish adds another world into the chase for redfish. The combination of hunting and fishing is a match made in heaven for me. Standing and stalking reds on shallow flats and coves keeps the adrenaline pumping at an alarming rate. My Maui Jim Sting Ray's proved to be invaluable today. The bronze lenses in the bright sunny conditions made picking out the reds a breeze. A handful of fish were landed between 19" - 21 on a Z-Man Jerk Shadz". 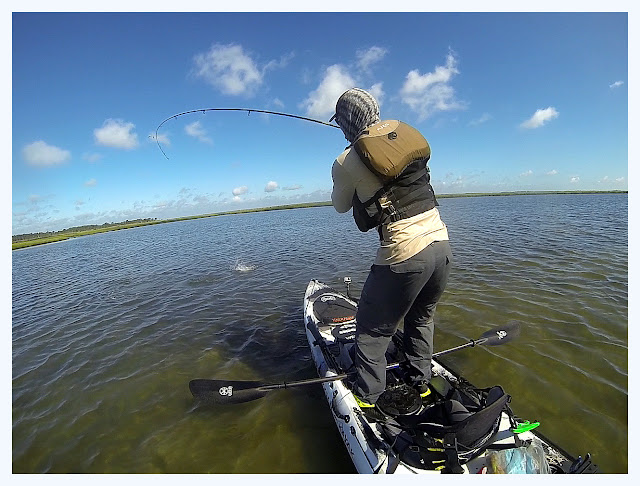 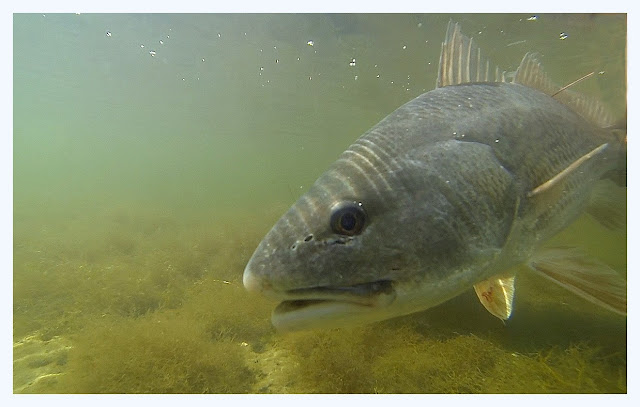 The Chesapeake Bay Bridge Tunnel (CBBT) is an animal in itself. Jack Daughtry, angling-addict's Rob Choi, and I headed out for sheepshead, spadefish, and triggerfish. This was a long and grueling day filled with annoying croaker, baby sea bass, and spot. The highlight of the day was playing around with decent sized triggerfish. The biggest one I landed was 15.5" while Jack got a nice 16". 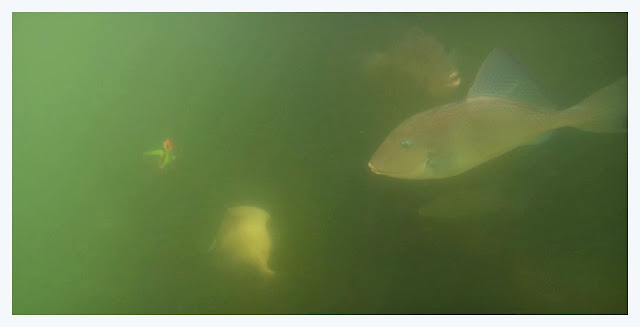 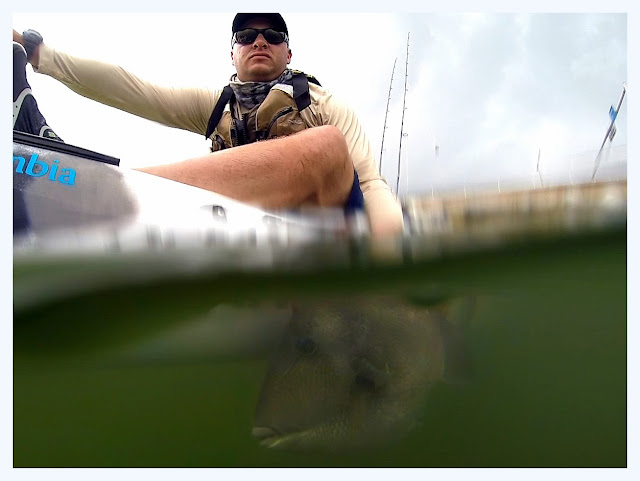 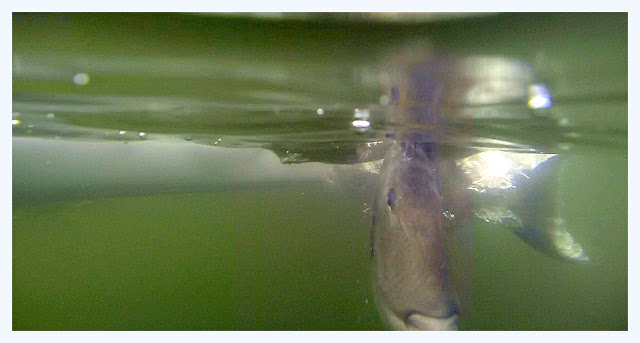 By the end of the week my mind was blurred, body was beaten up, but my face still cracked a smile. In between all of that was thunderstorms, crazy wind, pulled muscles, sun burned skin, fish lost at the boat, and an array of other catches of Virginia's inshore species.  Having the opportunity to fish days in a row is not only awesome, but spoiling as well. It makes a guy want to get out even more. Well, it's back to reality and the daily grind. Hopefully, with a trip or two on the water thrown in!