There is something to be said when a kayak angling club can hold their own in the power boat world. Let's face it, kayak anglers are basically viewed as "second class" fisherman in some of the eyes and minds of power boat fisherman. Looking at if for face value; a $900 piece of molded plastic vs. a $30,000+ high horsepower machine, one can see why that might be the case. 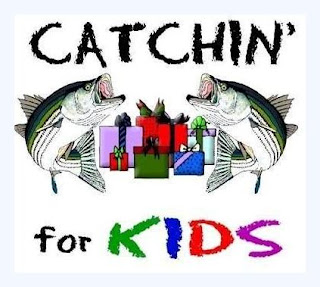 The annual Catchin' for Kids - Anglers Club Challenge is a charity tournament held at Vinings Landing Marina in Norfolk, Virginia. The tournament is comprised of 8 angling clubs from the Virginia Tidewater region. 7 of the 8 clubs are powerboat clubs, and the other is the sole kayak club; Tidewater Kayak Anglers Association (TKAA).
The format of the tournament is quite simple; 14 different species divisions with points awarded to the top 3 weighing fish in each division. First place gets 3 points, Second gets 2, and third gets 1. The goal for every club is to catch as many species as you can and try to cumulate points for your total club score. "TEAM TKAA" was made up of four teams of 5 anglers. The teams were; Hampton Roads Bridge Tunnel, Chesapeake Bay Bridge Tunnel, Eastern Shore, and Back River. TEAM TKAA's captain was Mark Lozier of 1st Landing Guide Service out of Virginia Beach.

Story of TEAM "Back River"

﻿
I was fortunate enough to be Captain of the "Back River" team. The species that we were responsible for targeting were speckled trout and redfish. The team's anglers were; Chip Camp, Werner Team Paddler partner Drew Camp, and myself. Our other 2 anglers could not make it to the tournament due to last minute situations. We were not too worried about it because the three of us felt confident in our ability to get the job done!
The day started out dark and early at 5am. Chip was the first on the board with a 19" speckled trout on his first cast. Normally it's not a good sign with a fish on the first cast, not today though. Drew gets on some tailing reds as usual, and in no time adds a couple of solid slot sized redfish to the stringer. Knowing the area and the size of the reds, I figured it would be tough for me to upgrade on reds so I geared my efforts towards speckled trout.

I knew with the tide cycle that it would be a little bit before the bite would pick up.  Even though my target was speckled trout, I didn't mind have a demonic redfish plaster my top water. Since Drew already put a hurting on the reds, I tagged it and let him swim away. 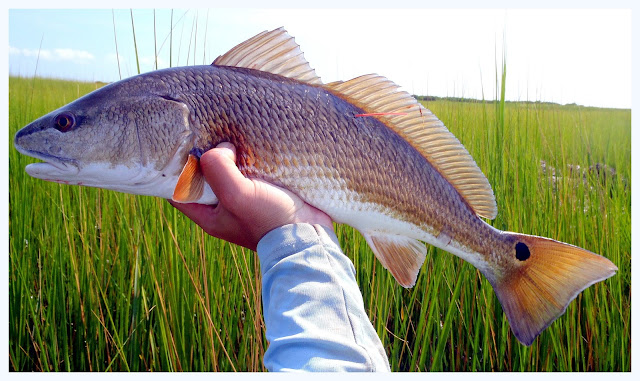 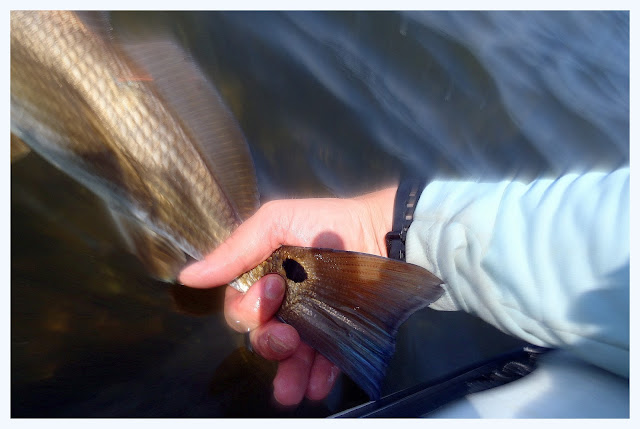 Skies were blue, sun was high, water was flat, and the bite was tough. It took a lot of work but I was finally able to get a solid speckled trout for the team. Mullet pattern was the only the only pattern that seemed to trigger my toothy friends. 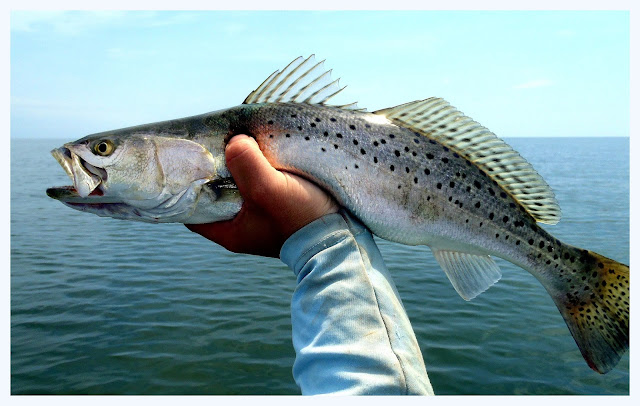 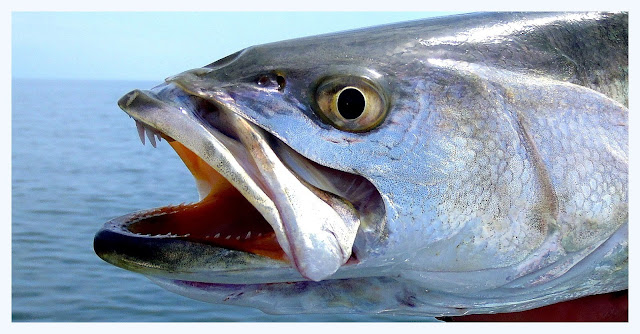 Time passed by without the specked trout bite ever really picking up. I felt that top water was not the ticket so I went back to my fresh water days of fishing and decided to rip a minnow style crankbait through the grass. Not 5 minutes into the tactic, BANG, another 20" in the boat. No time for pictures, time is a wastin'!

With a nasty thunderstorm accompanying the buzzer for the end of the day, it was time to head to the weigh-in to contribute our efforts. TEAM "Back River", even though undermanned, finished strong with our limit of 3 speckled trout and 3 redfish for the weigh-in station.

TEAM TKAA came through in mighty fashion as we received plenty compliments and "at a boys" at the weigh station. All 4 of our teams brought in highly respectable fish, even with a handful of citation class fish to show! Now...the waiting game to see how we fared.

Once the bottom end of the field was announced up to the top 3, WITHOUT hearing our name, we knew we had a great shot to win this thing. The raffle drawing could not get over fast enough so we could hear how we placed. After we heard the announcement of 2nd place going to the Norfolk Anglers Club, it was pure joy! You would have swore that we just won the Super Bowl or Powerball with our cheering and high fives! A kayak club just won an event that is normally dominated by power boats, simply amazing! Click here to view the results.
﻿﻿

Not only did we win the Club Challenge, we dominated the event! TEAM TKAA scored an amazing 32 points with the second place finisher scoring 19 points. TEAM "Back River" swept all 3 places for both speckled trout and redfish! Great job Chip and Drew, you guys were awesome out there! A big "Thank You" to Mark Lozier for putting together our team and dealing with last minute efforts to make it happen. My hat's off to all of TEAM TKAA for giving it our best shot and coming through. I could not be more proud and honored to be apart of such an amazing group of individuals. FIRST PLACE BABY!!