"Hey Sergeant Bekolay, I need those progress checks done by Tuesday!"﻿
Ahh, you gotta love the daily grind; alarm clocks, paperwork, emails, deadlines, meetings, blah blah blah! I'm sure almost everybody can relate to the numbing effect of the monotonous routine. Not that long ago, I was having "one of those days" that just seemed like it would never end. I needed a break, a 10 minute day dream away from those mundane moments... 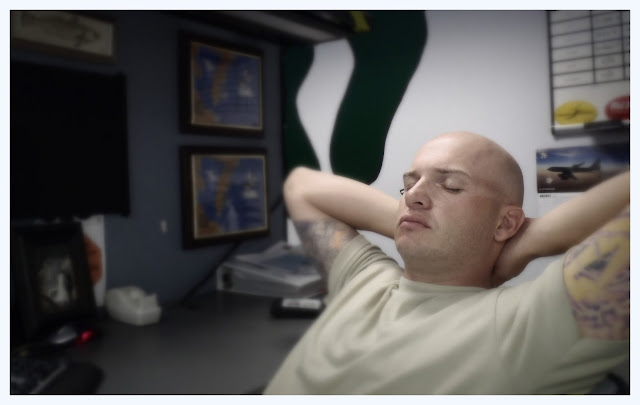 I found myself taking an impromptu mental journey to a place I knew all too well. This time it was different, it was only me with zero distractions, kind of surreal; the winds were light, the water was flat, and the redfish were everywhere!

The particular cove I was in can be hit or miss, but this time is was definitely a HIT! It seemed like the only problem I faced was which school of reds to go after. You could look up and down the shorelines to see wake after wake, baitfish jumping for their lives, and the lovely sight of exposed golden backs and transparent tails waving at you like they're saying, "come over here". As I glance in front of my bow, I see a submarine of a redfish pushing bait right at me. After a few cranks of a well placed cast, I'm on! 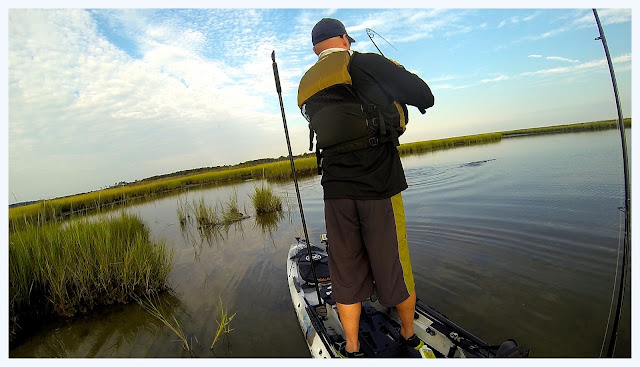 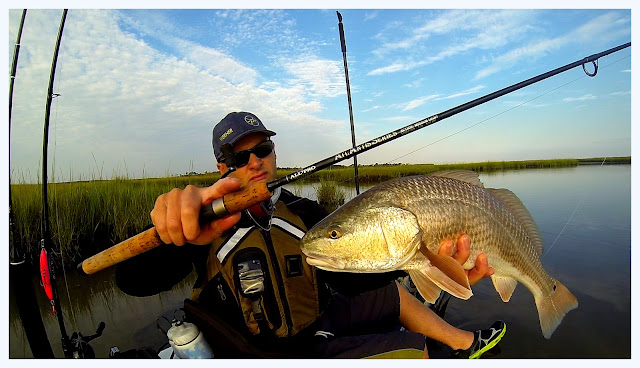 As I eased the redfish back in the water, a commotion grabs my attention in the same spot I caught the first one. I stand back up, grab my All Pro Rod, sling out the paddle tail, and hook up for round 2. I must have found a redfish highway because as I'm fighting the drag-burning red, another one is making his way down the same path of the shoreline in front of me. 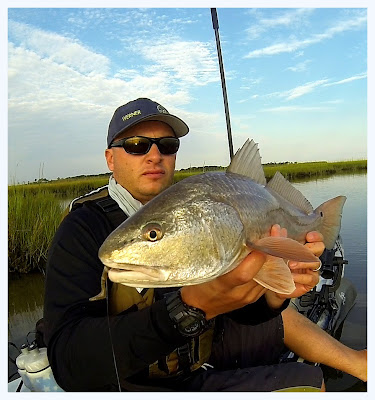 While fighting the red, I could see other fish busting everywhere. There were singles, doubles, and bigger schools throughout the cove. It got to the point that you didn't even have to rush getting the fish back into the water because they were everywhere.
Not only were there dozens of feeding reds in this spot, they were bigger than I could remember. These fish have been certainly putting on the feed bag because their guts were stuffed and they showed no signs of watching their diet.

The mental euphoria took it's time passing by. Even though time was going by slow, the fishing was not. It seemed like when I released a redfish that there was another one waiting to take his place. 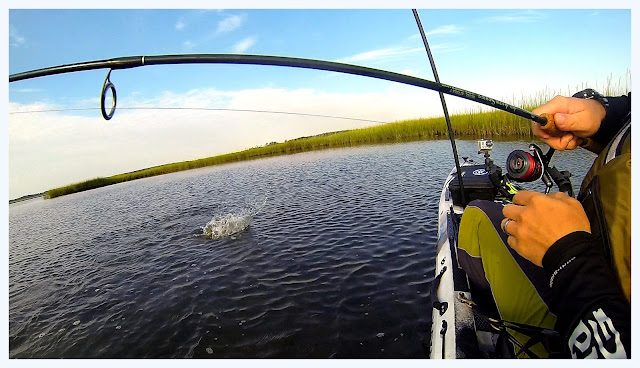 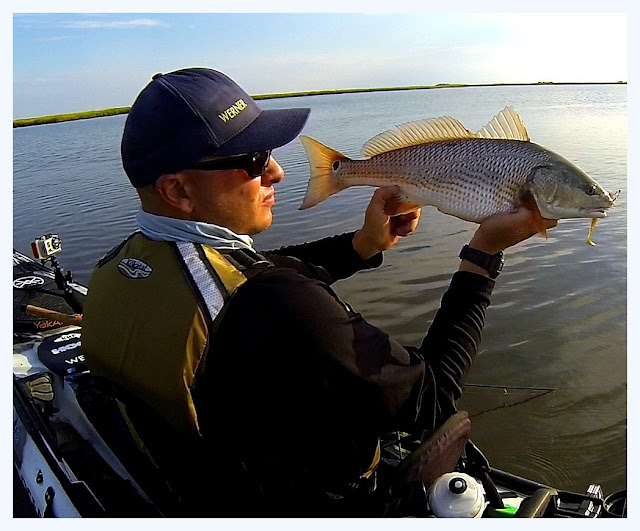 The "cast to hook up" ratio was at an all time high! I was not wasting fruitless casts on empty water. I was a hunter, using every cast like an archer uses their arrows. Each cast was thought-out and for the most part, the outcome was a redfish engulfing a weightless plastic.

Push-poling my way down the shoreline, I came across a couple of "clouds" in a foot of water. I see the backs and tails of two reds that were much bigger than anything I caught all day; I hunker down, make a perfect cast out in front of the pair, and.......
RING RING..."Sergeant Bekolay, the phone is for you." 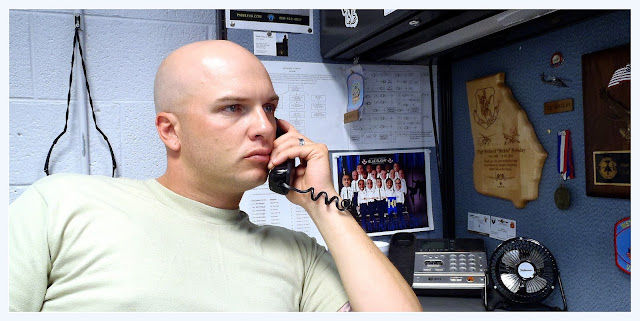