water has more of chilly bite than a warming touch

air conditioning is turned off in the house...Thank the Lord, Fall is finally here!﻿


I tell ya what, nothing makes me "tick" more than the transition from muggy summer into chilly fall. My body clock must have been programmed around the autumn time frame because during this time of year, I feel alive! It's not just me, Chesapeake Bay's red drum recently shifted into high gear and they're not letting up any...

First up was a shot at the bay's behemoth bull reds. I joined Kayak Kevin at the Chesapeake Bay Bridge Tunnel to hopefully get into some fish before the sun went down. It didn't take long before Kevin said, "Here we go!" I knew he had a good fish judging by the speed of his bull driven sleigh ride. That's the outcome when you have a 49" slob of a red drum go ape $#%T with "Drum Jesus" at the other end of the line. 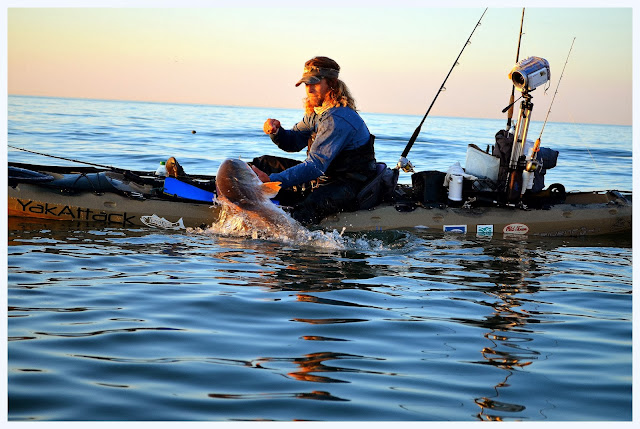 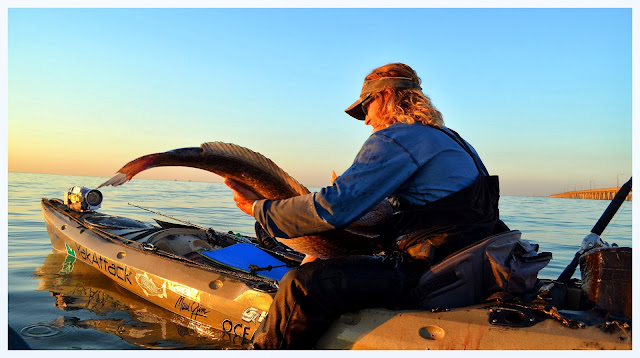 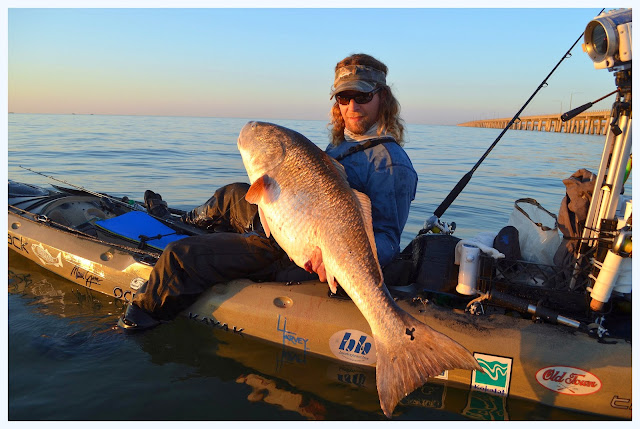 Shortly after Kevin left, I had one take down which striped a foot of line or so before dropping the annihilated pinfish. The pinfish was battered, beaten...and dead as could be. That was it for the action that night.

Next time out was to one of my favorite flats in Tidewater. Bulls were not the target this time, but it was stout slot reds that I was after. This day was filled with violent reds between 22" and 25.25". 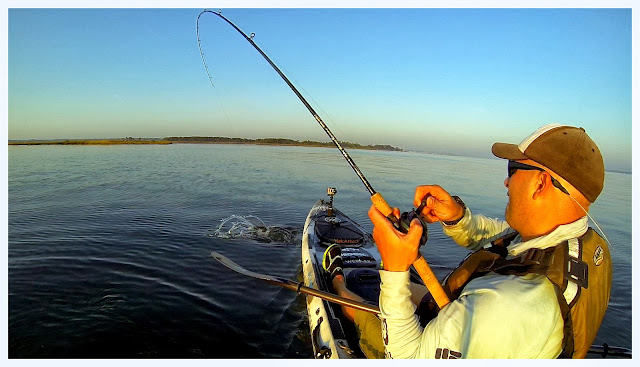 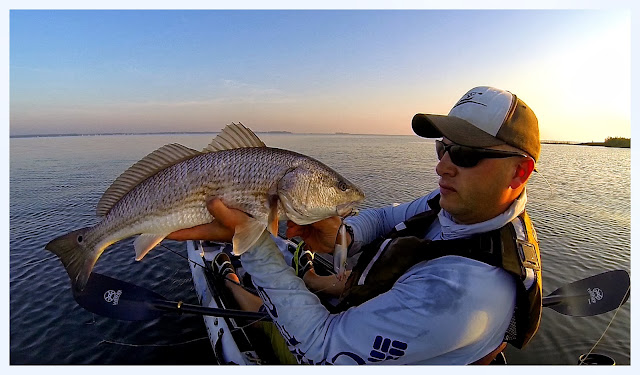 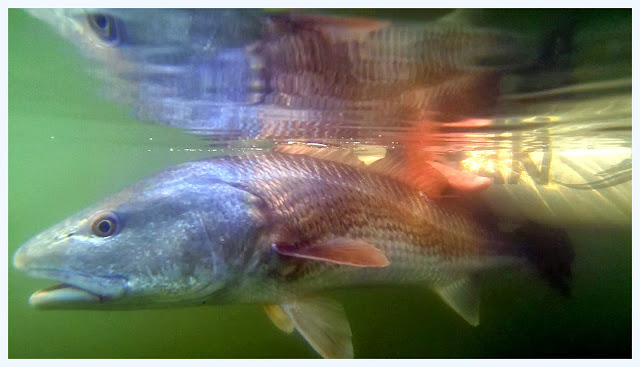 Friend and fellow teammate Drew Camp also got into some nice reds. Drew decided to bring out the SUP board along with his fly gear. Drew spent most of his time standing on top of his cooler while sight casting to schools of hungry drum. Here is a nice 25" that fell for the fly: 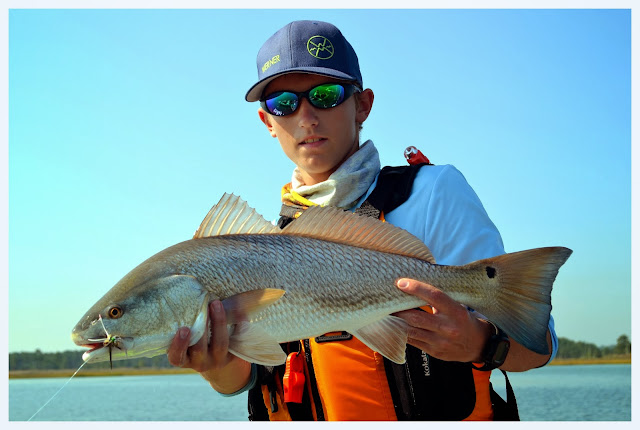 Once the crappy wind and rain combination decides to leave the mid-Atlantic, it will be game time again! Huge bulls are on the move heading south, but there are still plenty to be had by the aspiring angler. Slot sized drum are in full force, cleaning house on the flats and shallow shorelines. Don't put the kayak up just yet, the fun is far from over!

If you like what you read, please let it be known by hitting the "Like" button on the Hook, Line, and Sinker Facebook page. The link is located at the right hand side of the page. As always, Thank You!﻿