Mind blowing...intense...grueling... and flippin' AWESOME are just a few words that I would use to describe Canoecopia.

Canoecopia is annually held in Madison, Wisconsin and is put on by Rutabega Paddlesports. This is the expo of expos when it comes to anything paddlesports related. From kayaks, canoes, and stand-up paddle boards, to outfitters, state parks, and entertainment, Canoecopia offers something for everybody! It's impossible to walk through the doors and leave without having a good time. Probably the worst thing that can happen to you is reaching a little too deep in the pockets to buy the latest and greatest toy for your hobby.

"So you're telling me that I get to travel back to my sacred frozen tundra to talk kayak fishing, sell some paddles, see my family, and hang with some of the coolest people in paddlesports...SOLD!"
I was fortunate enough to travel back to my homestate of Wisconsin for the event. It wasn't shopping and playtime that I was here for. Werner Paddles brought me along to preach my passion and get paddlers and anglers excited about the world of kayak fishing.

My event schedule entailed of giving a "Kayak Fishing 101" seminar on Friday and Saturday afternoon, and a pool demo about "5 Essential Techniques for Kayak Anglers" on Saturday as well. In between the seminars and demo was working the booth to show off the new "Hooked" series of paddles along with helping people find the right fitting paddle, specifically for them. 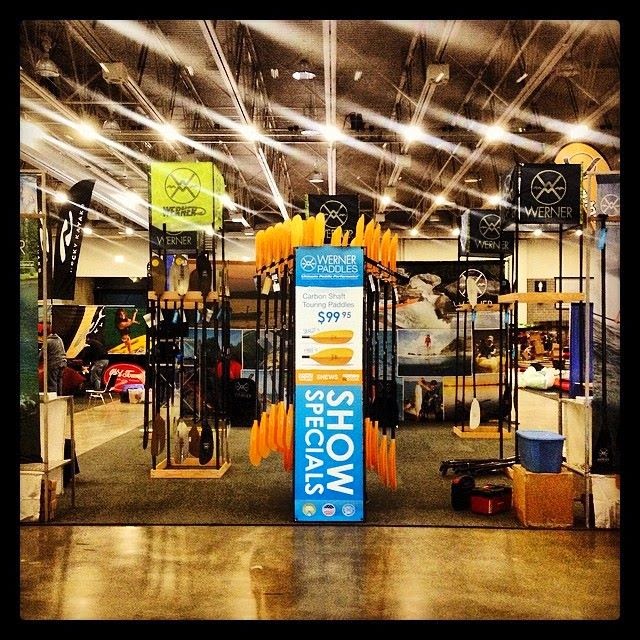 The Werner booth was located perfectly in the front row directly beyond the main doors. Danny Mongno (Werner's marketing manager) summed it up, "Once those doors open, it's going to be crazy." Since this was my first Canoecopia, I didn't exactly know what to expect. Danny was right, it was crazy indeed!


The moment the doors opened it was non-stop! You met everybody from the most seasoned paddler to somebody who never held a paddle in their life. It was amazing to meet so many like-minded individuals. Hearing old paddling stories, reasons for buying a kayak, and personal goals was very cool. I mean, how can you have a bad time talking paddling and fishing! The ultimate bonus was having my family travel to Madison to see me. Being in the Air Force, I don't get to see my family very much. So any time I get to spend with them is very appreciated! My sister Ashley traveled from Minneapolis, Minnesota to hang out for the weekend.


Giving the seminars and pool demo was probably the most stressful fun I have had in a long time. The first seminar of the weekend on Friday had around 40 people, the pool demo had over 50, and my last seminar on Saturday had around 100! The Saturday seminar was a lot of fun because my entire family showed up for it!! I tell ya, my family is downright amazing! Along with my family, my friends Ross and Richelle showed up! I was in seventh heaven. A big, "Thank You", to Luke and Reid from Johnson Outdoors for hooking up an Old Town Predator MX for my pool demo. This boat rules!!

As quickly as the weekend arrived, it was gone! Time fly's by when you're having fun and busting your tail! I will say one thing, I have never had so much fun while working as hard as we did. From setup to teardown, it was a lot of work with plenty of reward. Spending the weekend with the entire Werner Paddles crew could not have been more enjoyable. Doug, Danny, Rob, Megan, Danielle, and Roxanne are first class individuals representing a first class company.

Some great news coming from Werner Paddles is the new release of their ultimate performance paddles in the new "Hooked" series. Both the Kalliste and the Cyprus are now offered in the best kayak fishing series of paddles on the market. Be sure to check out the new paddles at, "Hooked Series". 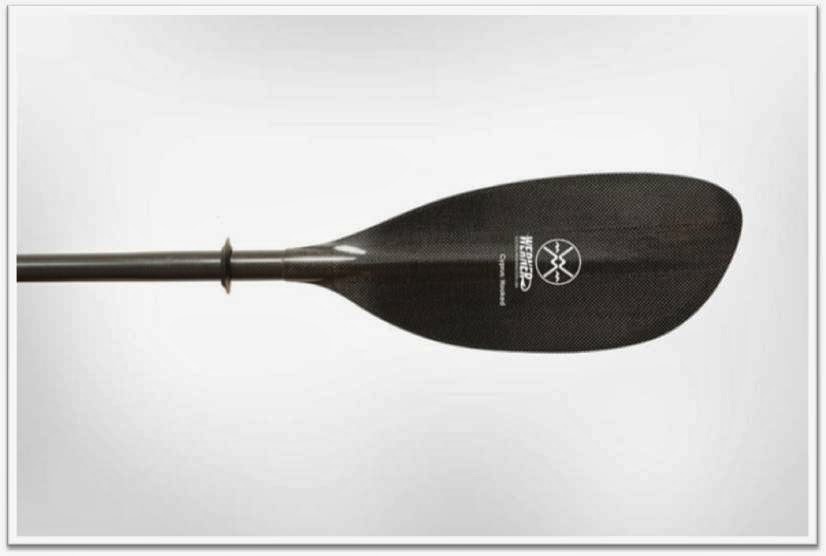 With Canoecopia 2014 in the books, I'm now dedicating almost all of my free time to prepping for our upcoming move to Florida. If you have ever moved in your life, you know how much "fun" it is! Hopefully I can sneak on the water soon to release some stress through plenty of hooksets into the jaws of fish. Ahh, just thinking about makes me smile...