The Day of "Badassery"

WARNING - Picture-heavy post!
Still gleaming from the first trip of the season which produced my first Virginia citation red drum, I anxiously planned and packed for another Eastern Shore excursion. With my schedule aligning with the weather forecast, it was a no-brainer decision to break out the tent and load the Trident 13 for a night under the stars. This time it would be a 2 day trip with a night of camping on the beach to break it up.

The first day was a complete bust! Perfect winds, perfect skies, perfect weather...crap fishing. We put on miles and miles to no avail. It was an instant reality check that the Eastern Shore is far from predictable. The long day on the water with nothing to show for it made the "screw this, time to paddle to the campsite" decision pretty easy. 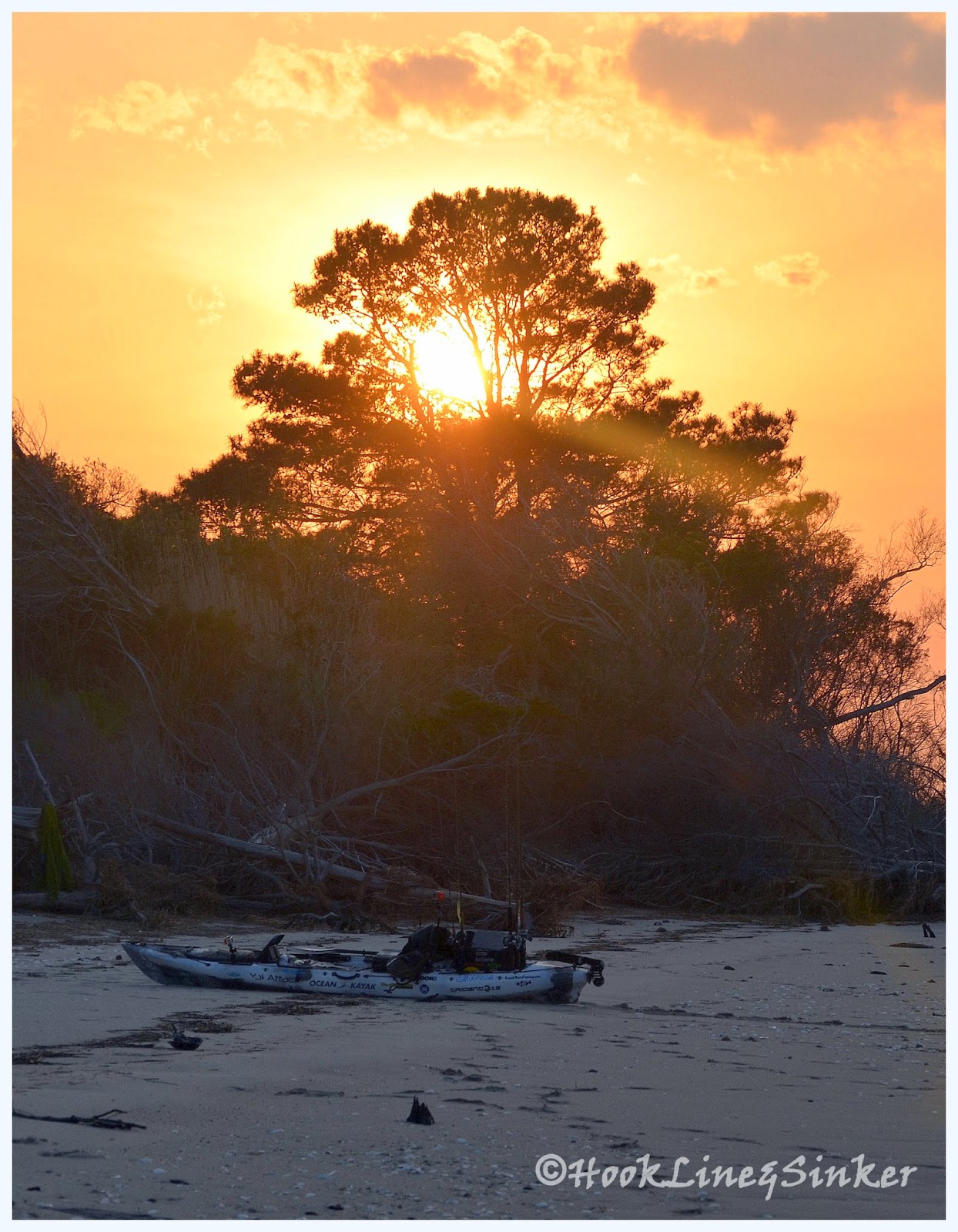 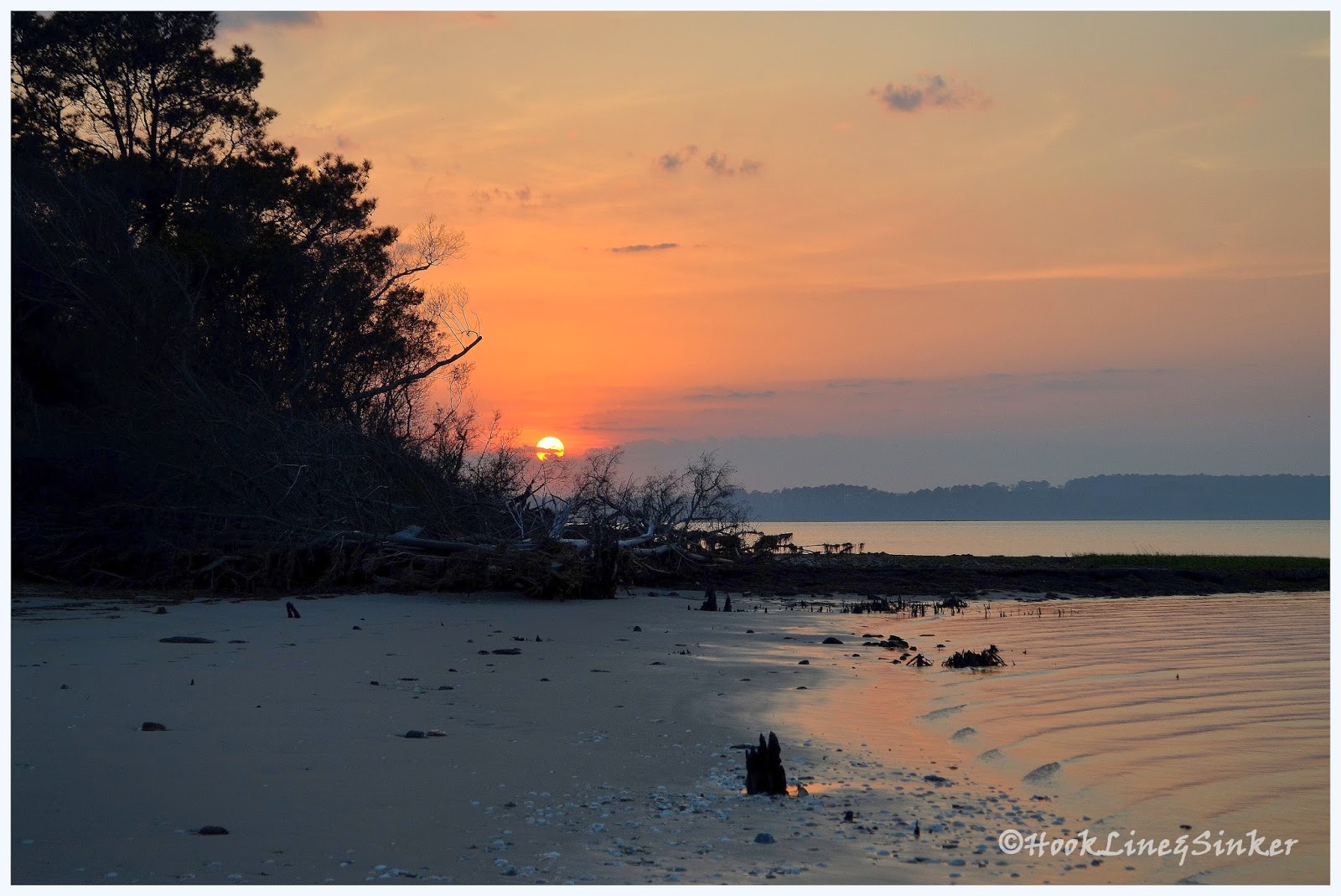 On the second day, Rob Choi (angling-addict), Joe Underwood (Hooked Up), and I teamed up for the outing. We had a good plan..Paddle our butts off for miles and miles until we find the reds. Done deal! 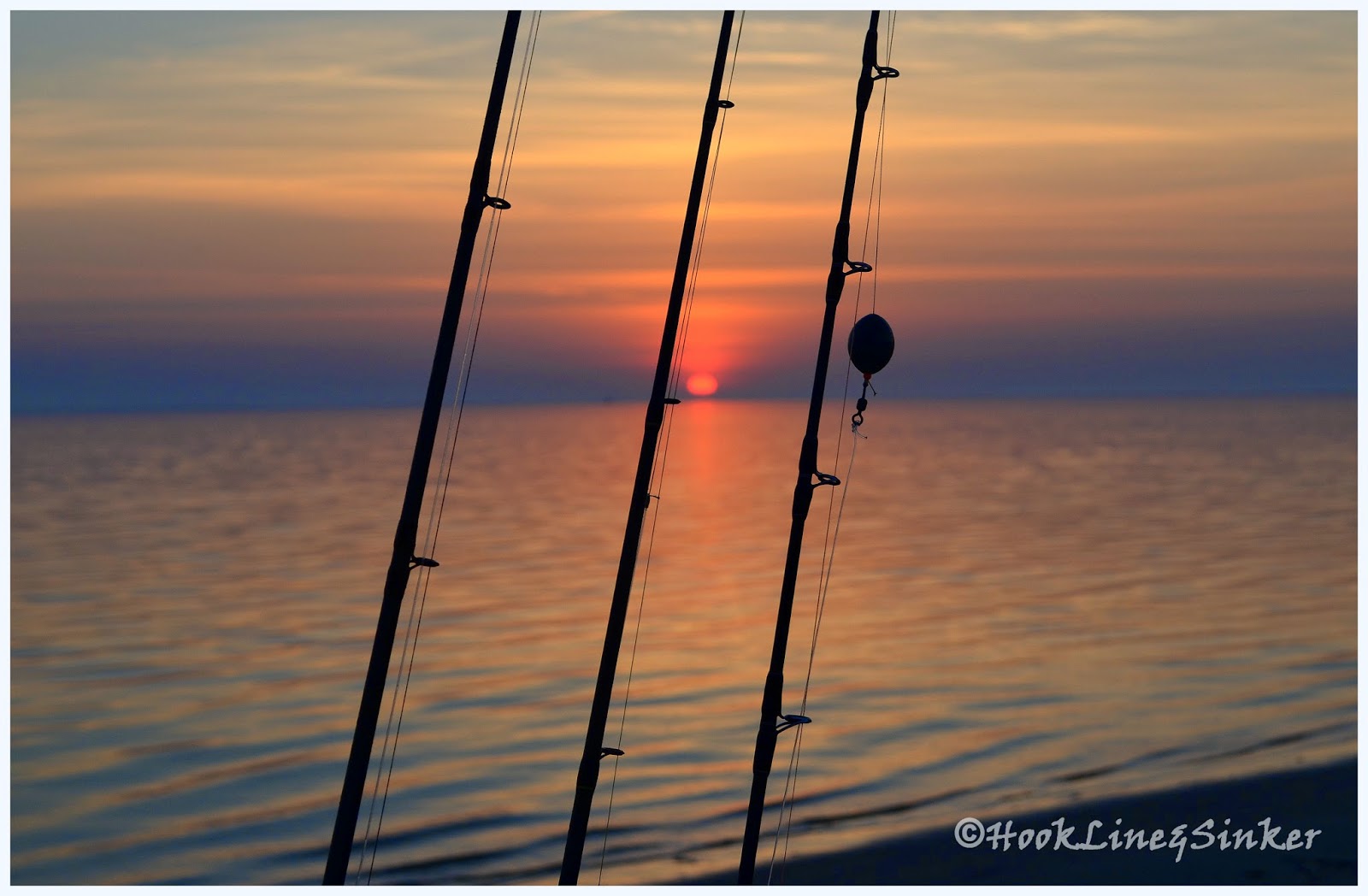 Alright...Let's hit fast forward! Time to let the pictures do most of the talking
Joe with a 49" red...First of the day﻿ 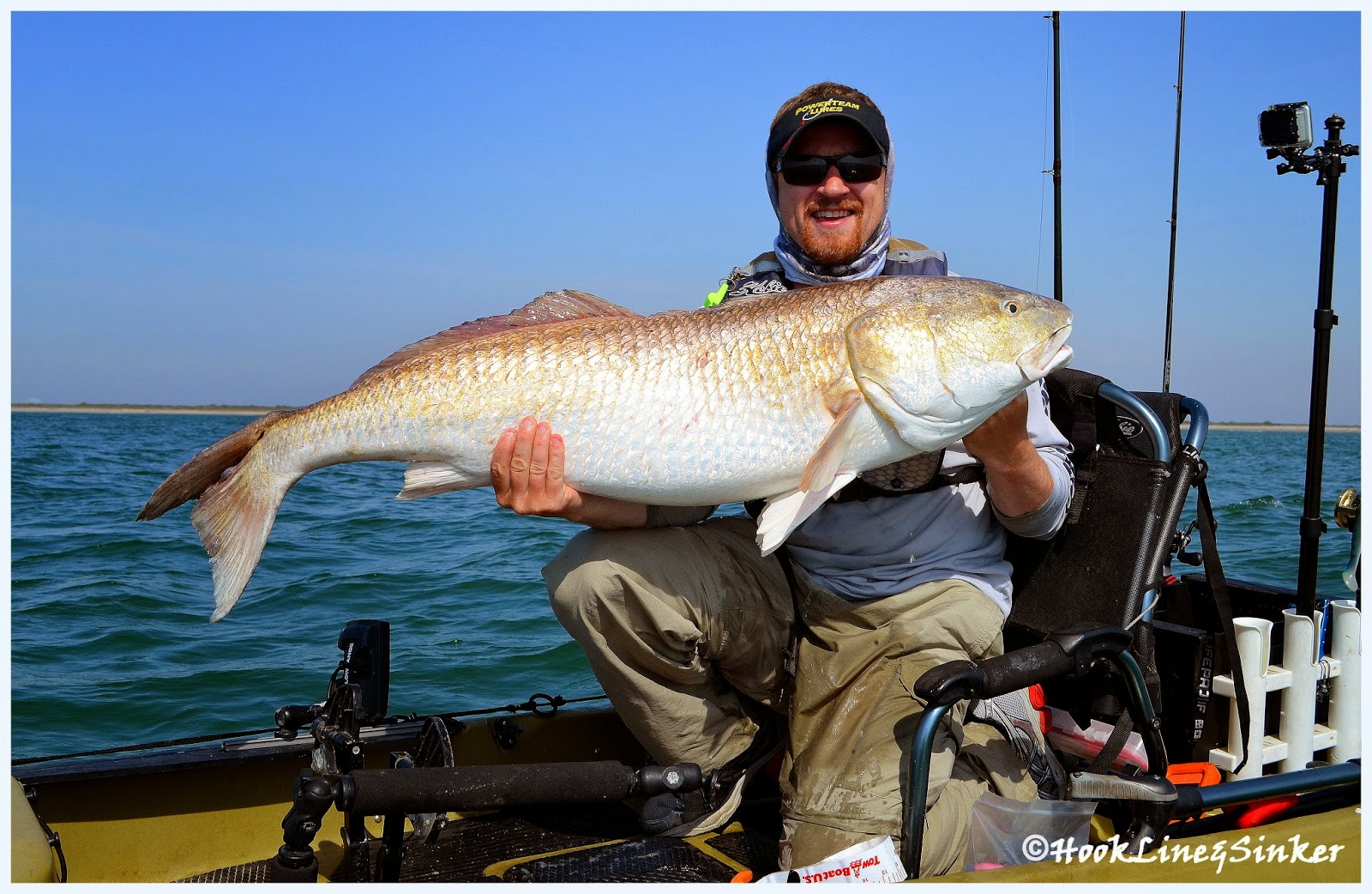 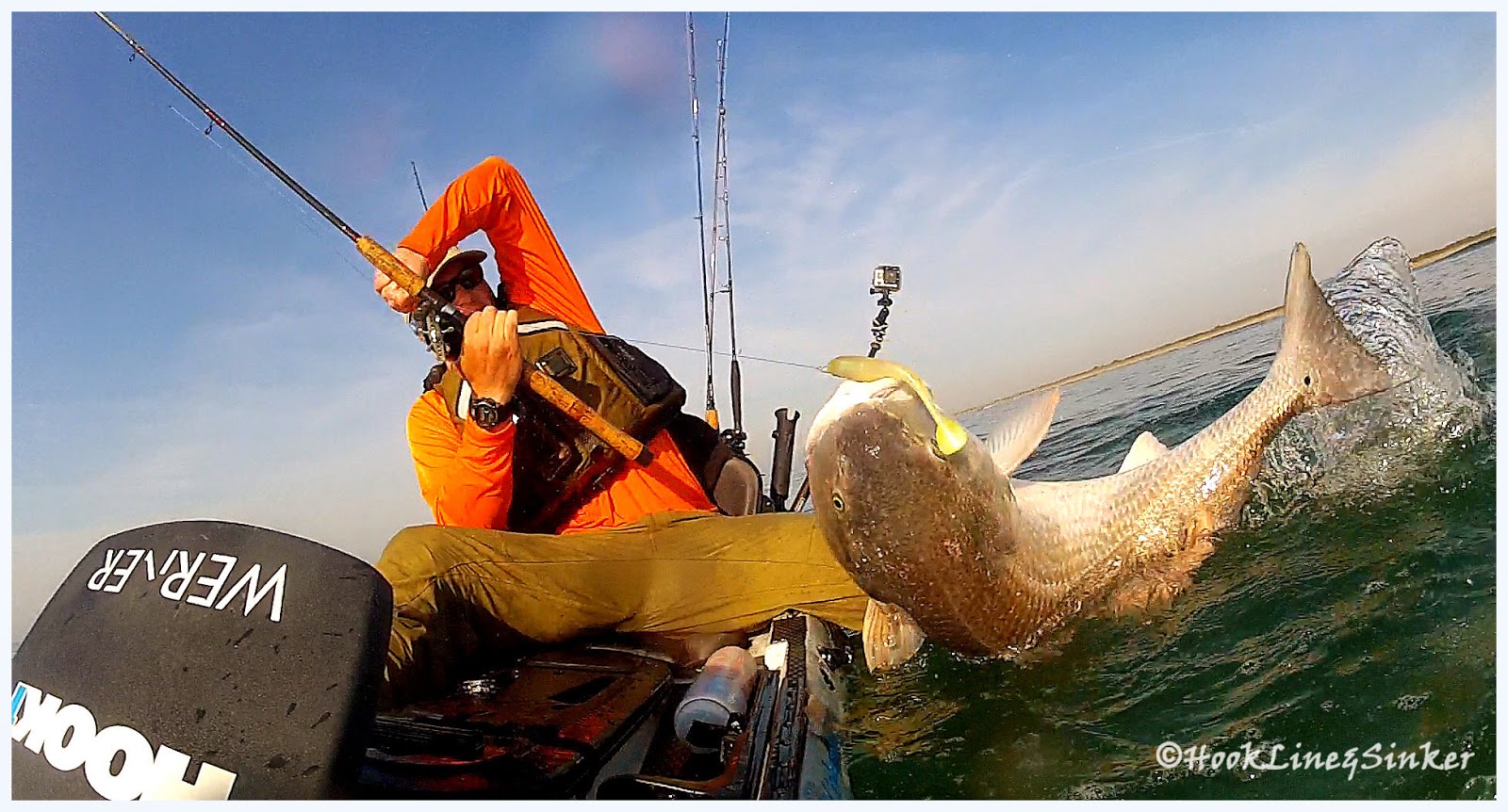 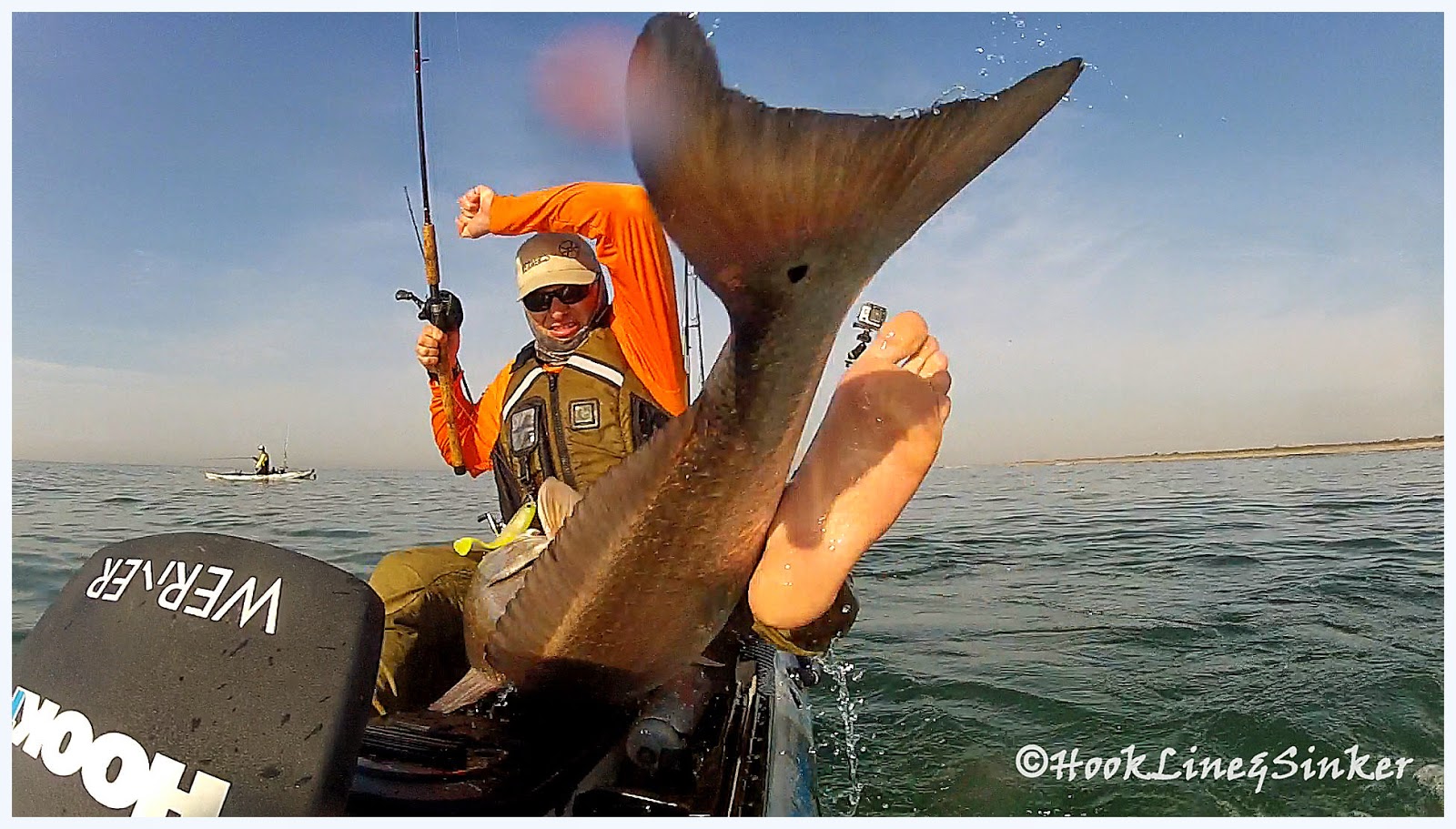 
For those kayak anglers familiar with the Eastern Shore spring time fishery, most know that big reds are not the only species entering the bay this time of year. Big stripers also migrate through the same water as the reds do. This combination can make for a pretty exciting day if you happen to hit it just right. 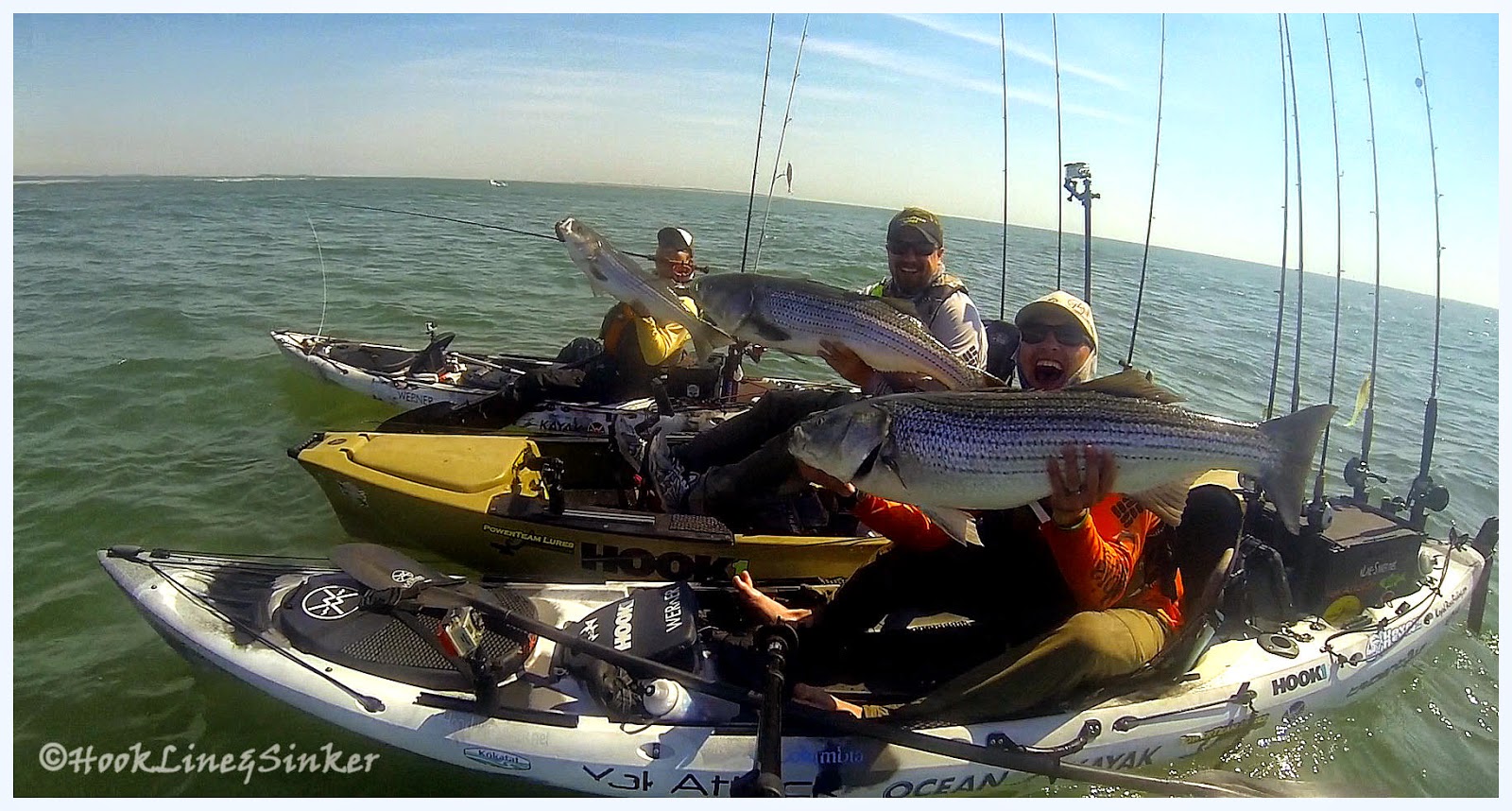 Seeing a thick black blob swarming the shallows told us right away...Big Stripers! I wasted no time dive bombing my PowerTeam Lures Swinging Hammer into the chaos. I could barely get my hand on the reel when the bait was engulfed. My new personal best striper, and not on an eel!
﻿
Getting one species citation is tough, let alone getting two different species citations in the same day! From what I hear, those two species in the same day is not very common. Knowing that Joe and I accomplished that in kayaks feels pretty darn cool!

Another serious accomplishment that I was fortunate enough to witness was equally (if not more) impressive. Watching Rob Choi sight cast a 40"+ striper with a fly rod was nothing short of bad@$$!
﻿﻿﻿﻿
﻿


If the day ended there, I would have been good with that. We all caught quality fish and shared plenty of "HELL YEAH's". Good thing for us is the day didn't end there, and neither did the fishing.

Picture this...in the civil war, the north and south faced off in a wide open field to do battle. They went head to head and fought till the death.

This was sort of like that. Joe and I spotted a big sea of red coming for us head on. It was obvious what it was...Oh, it's on now!

﻿﻿
It was nothing but laughs as my red-driven sleigh ride cruised by Joe as he was fighting his fish. This fish fought so hard, I thought he was going to get my kayak on plane. I just sat back, locked the drag down, and enjoyed the ride...
Not long after we released the pair, my Humminbird side imaging lights up with a school. There was no doubt about it, we were on them again. As Joe's trolling rod goes down, a fish slams my blind casted swimbait. 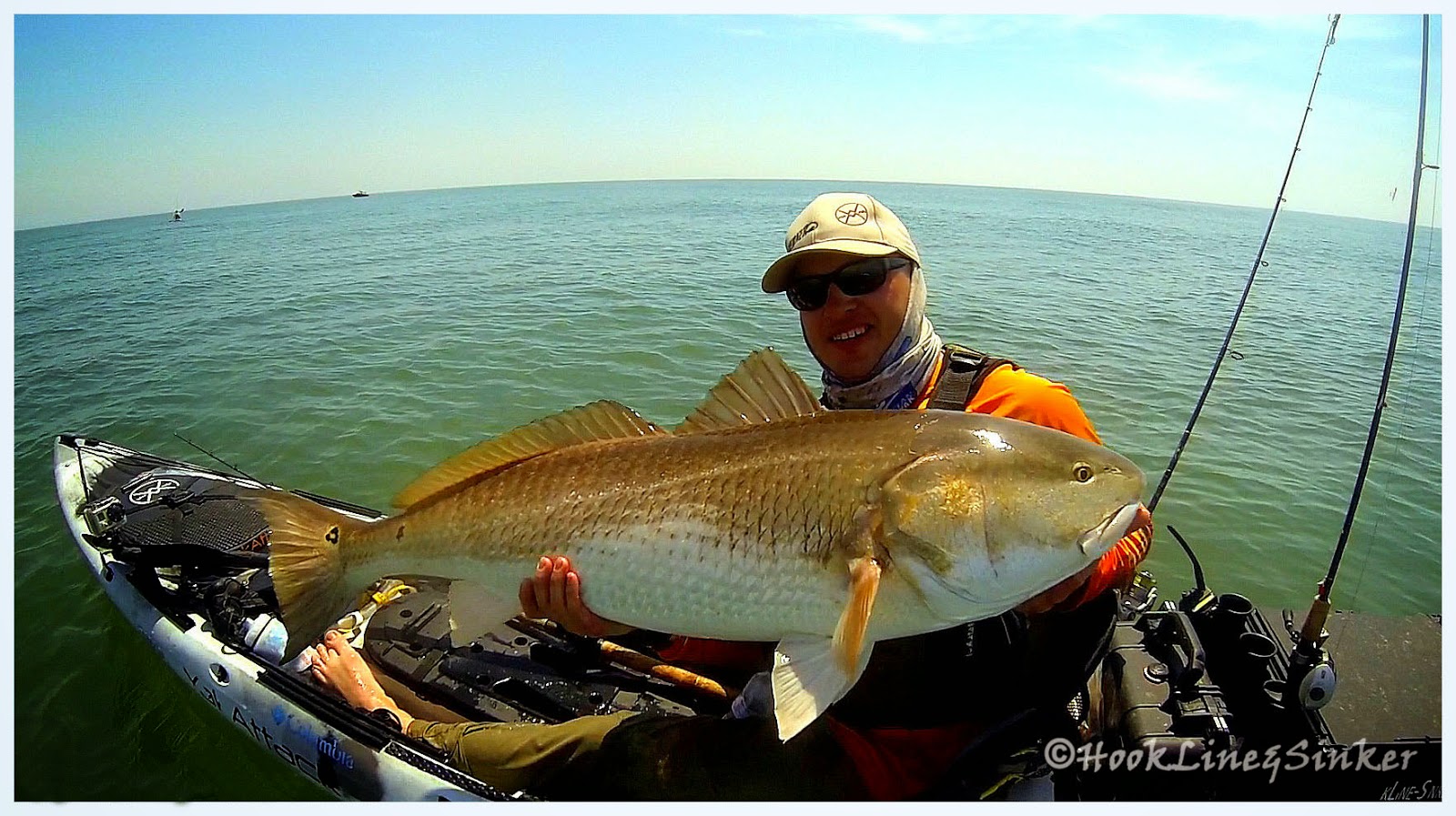 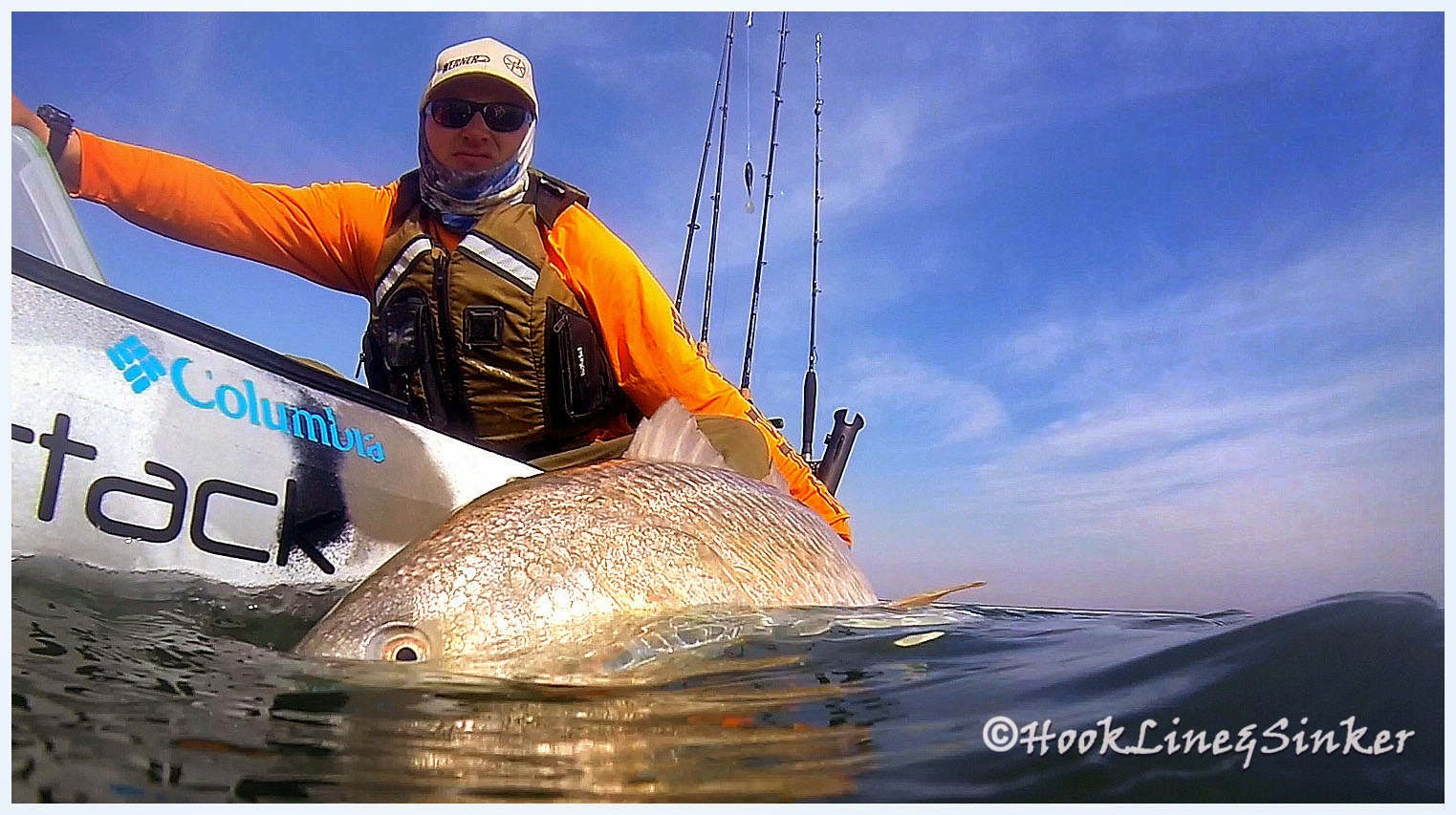 So, thats it in a nut shell. Grand total for the day...


All in all, 8 citation class fish were landed that day. It will be pretty hard to top that one. I would have to say that was my best day in a kayak! Rob pretty much summed it up by saying, "This day was awesome...Pure badassery!"