It was not long ago that we were paddling miles upon miles covering as much ground as we could in search of big bull reds at the Eastern Shore. With that fishery in the rear view mirror, it was time to focus on something else...something that I have never caught before...
COBIA
(AKA: Mr. Brown, Brown Clown, Cobe, Brownsuit)
﻿
It's no secret that the Chesapeake Bay houses countless cobia throughout the summer months. This fishery is well known worldwide and rightfully so. Huge cobia are caught consistently, mainly by power boat fishermen. With that being said, catching a decent sized cobia out of a kayak is not easy at all. Most would consider it very difficult.
I'm not too shameful to admit that I'm a cobia rookie. I'll be honest, I have not chased after these fish like many of my friends have. This is my first year that I actually planned on targeting Mr. Brown. One thing that I do know is how to target certain species by doing homework and flat out putting in time on the water. I'm no rookie at that!
I met good friends Kayak Kevin, Joe Underwood, and William Ragulsky for a late afternoon cobia hunt. Chum slicks were set in the outgoing tide with hopes of getting a visit from ole' brown clown. We had a few small ones cruise through but nothing to get excited about. I decided to take a little paddle once the tide went slack. ﻿
I cruised about a mile from the chum slick while trying to keep the sun towards my back so I could see anything cruising the surface. I saw some menhaden bust the surface so obviously it made sense to check it out. As I was making my way out something caught my eye in the choppy water. I saw a fin pop out on the surface about 40 yards away but the chop made it hard to tell what it was. Once I was within 20 yards, it showed up again...this time I could see exactly what it was. 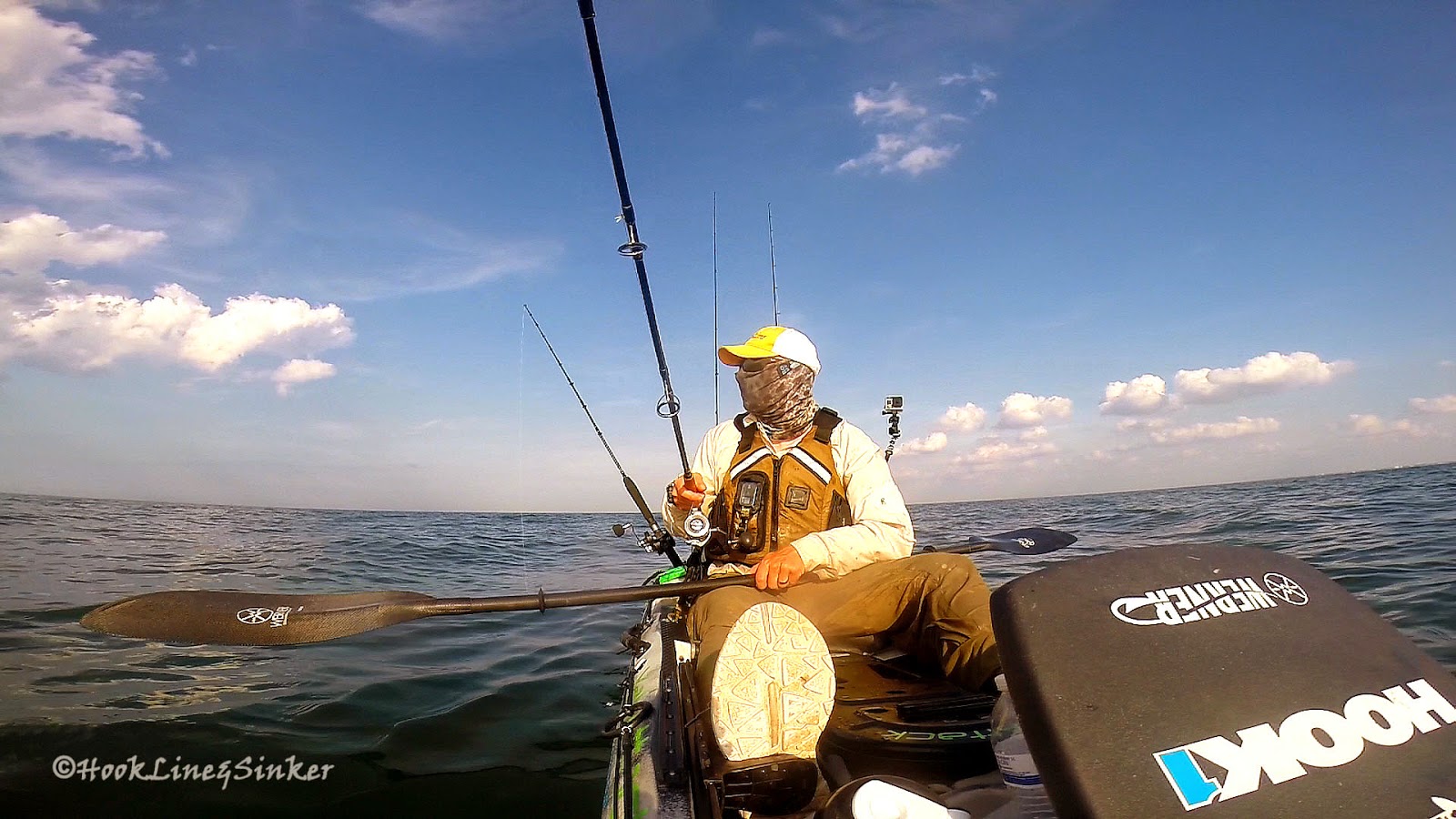 I saw multiple fins belonging to 3 nice cobia cruising about 20 yards off my bow. I waited until I got a good bead on their direction before I threw my first cast. I lined them up and threw out my bucktail jig. As good of a cast I thought it was, they made a slight turn and never saw it. My next cast was dead nuts in the strike zone! A few quick snaps caught their attention and they immediately went deep. About a second went by and then I felt a violent strike from hell! 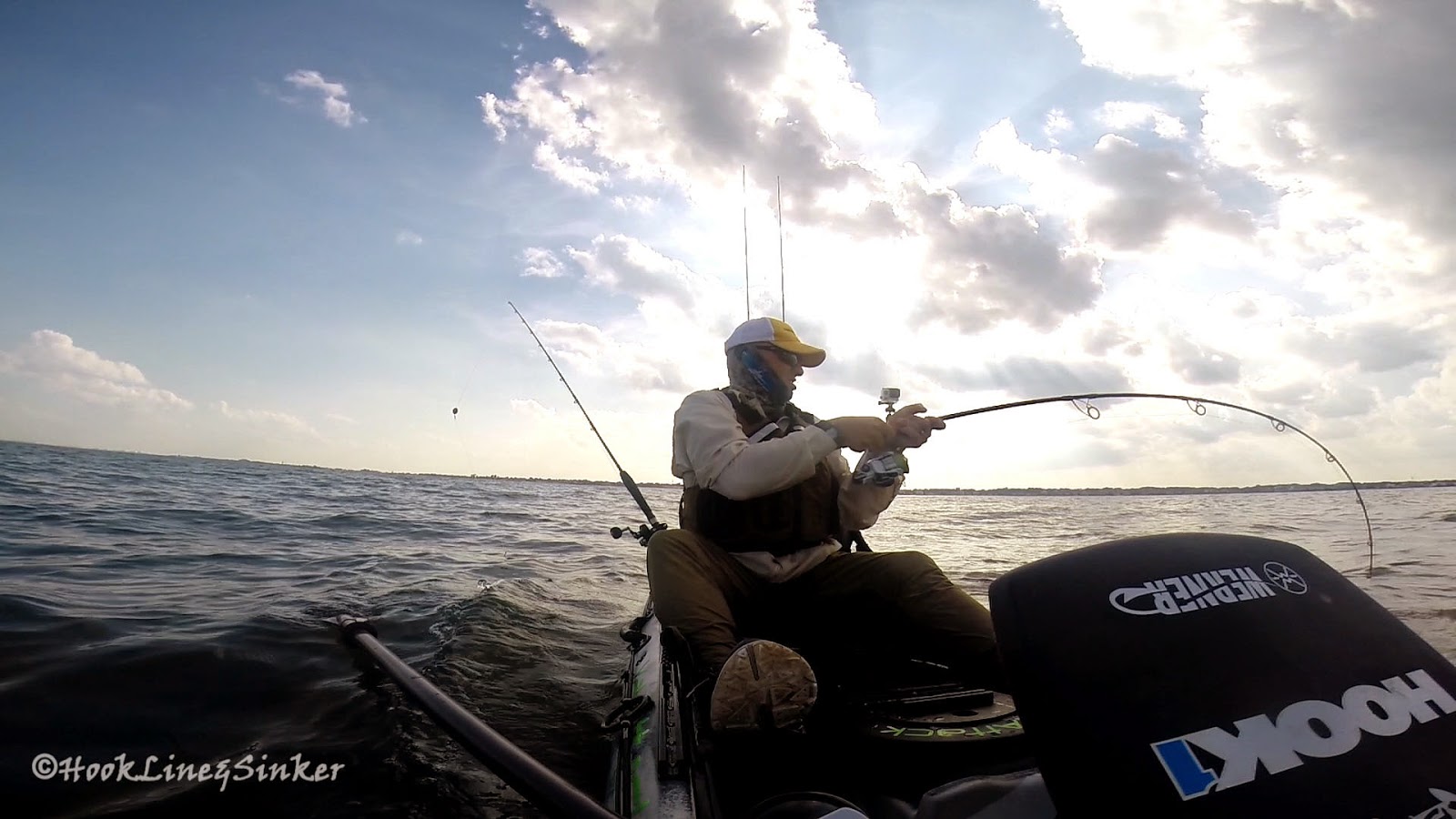 If  I had to describe the fight, I would say that it's fast, intense, and violent! This fish went airborne off my bow which basically made my heart skip a beat. As I was fighting the fish, his buddy that was about 15 inches longer and MUCH wider, hung by his side for half of the fight. I quickly reeled in both of my trolling bait rods just to try and minimize the chaos.

After many blood pumping runs and relentless headshakes, I had the insane cobia on the gaff. No joke, gaffing a cobia while solo is not easy! In fact, it's a pain! As many people know, you don't want a green cobia in your lap. He's going to beat the crap out of you and everything else you have in his way. I wasted no time "putting him to sleep" with an 18oz claw hammer. 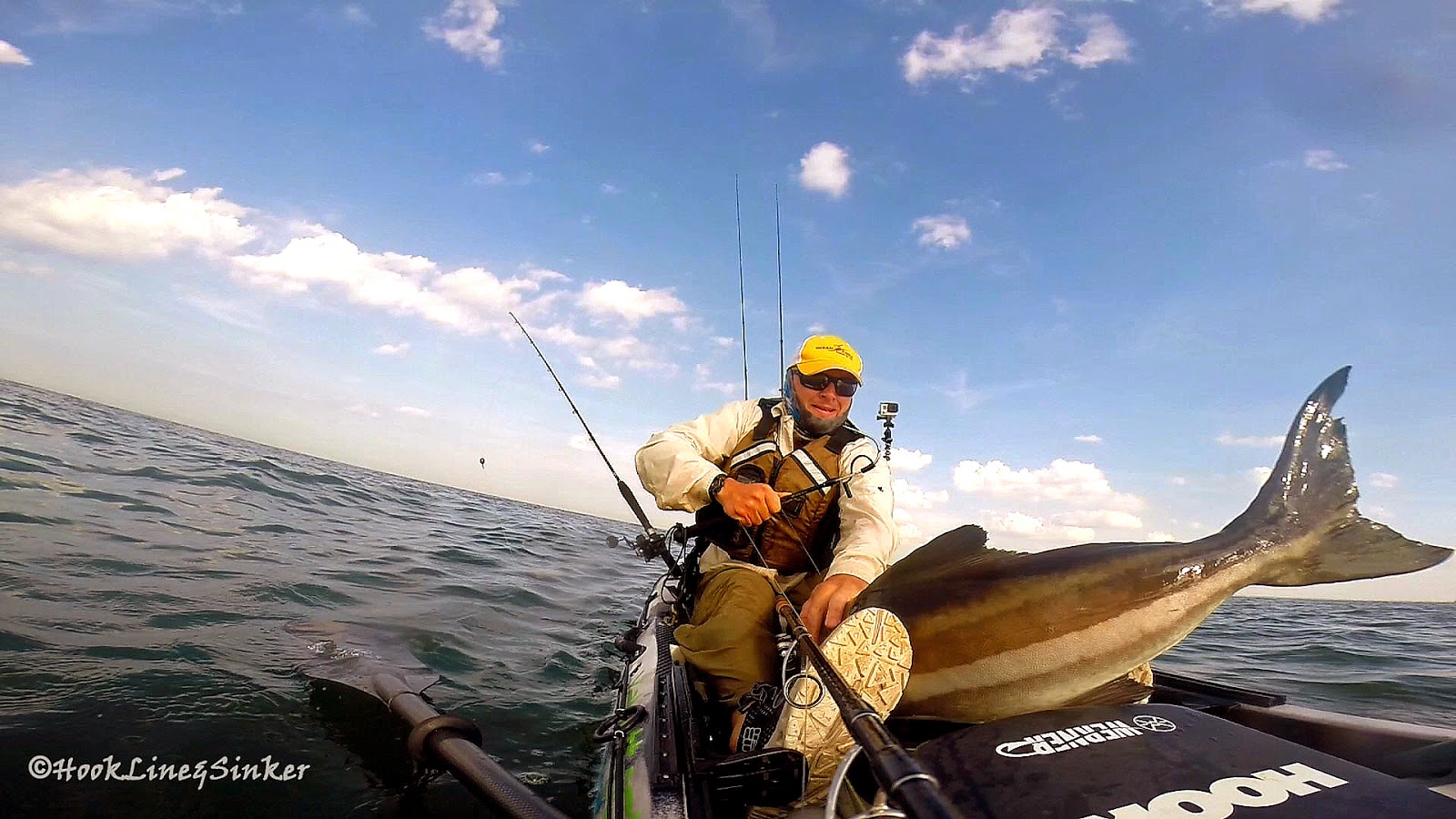 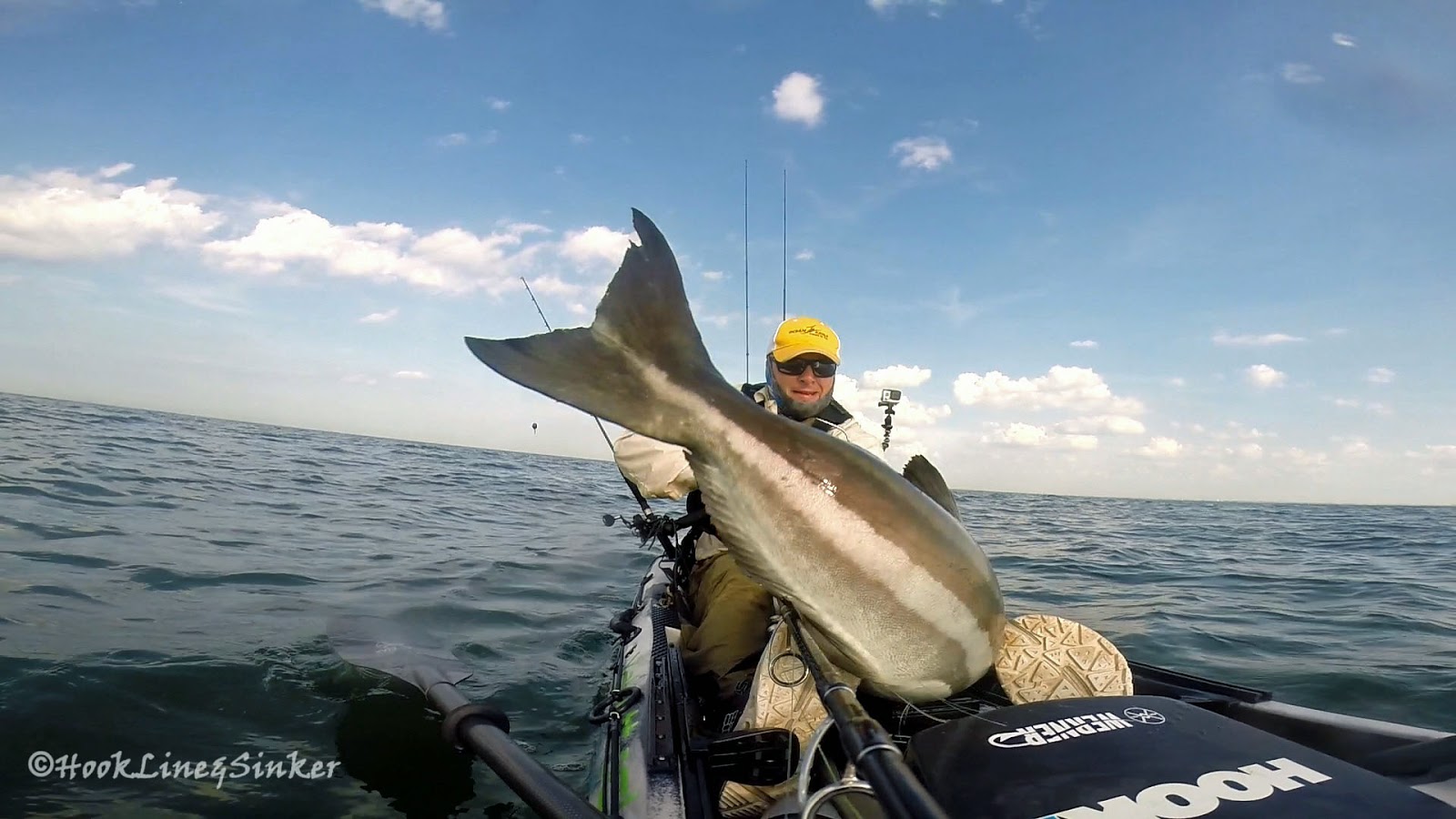 As much of a catch and release fisherman I am, I LOVE FRESH FISH! Not to mention, if I told my wife that I released this table fare, she wouldn't be thrilled to say the least. This 42.5" cobia will have a warm welcome in the Bekolay house. 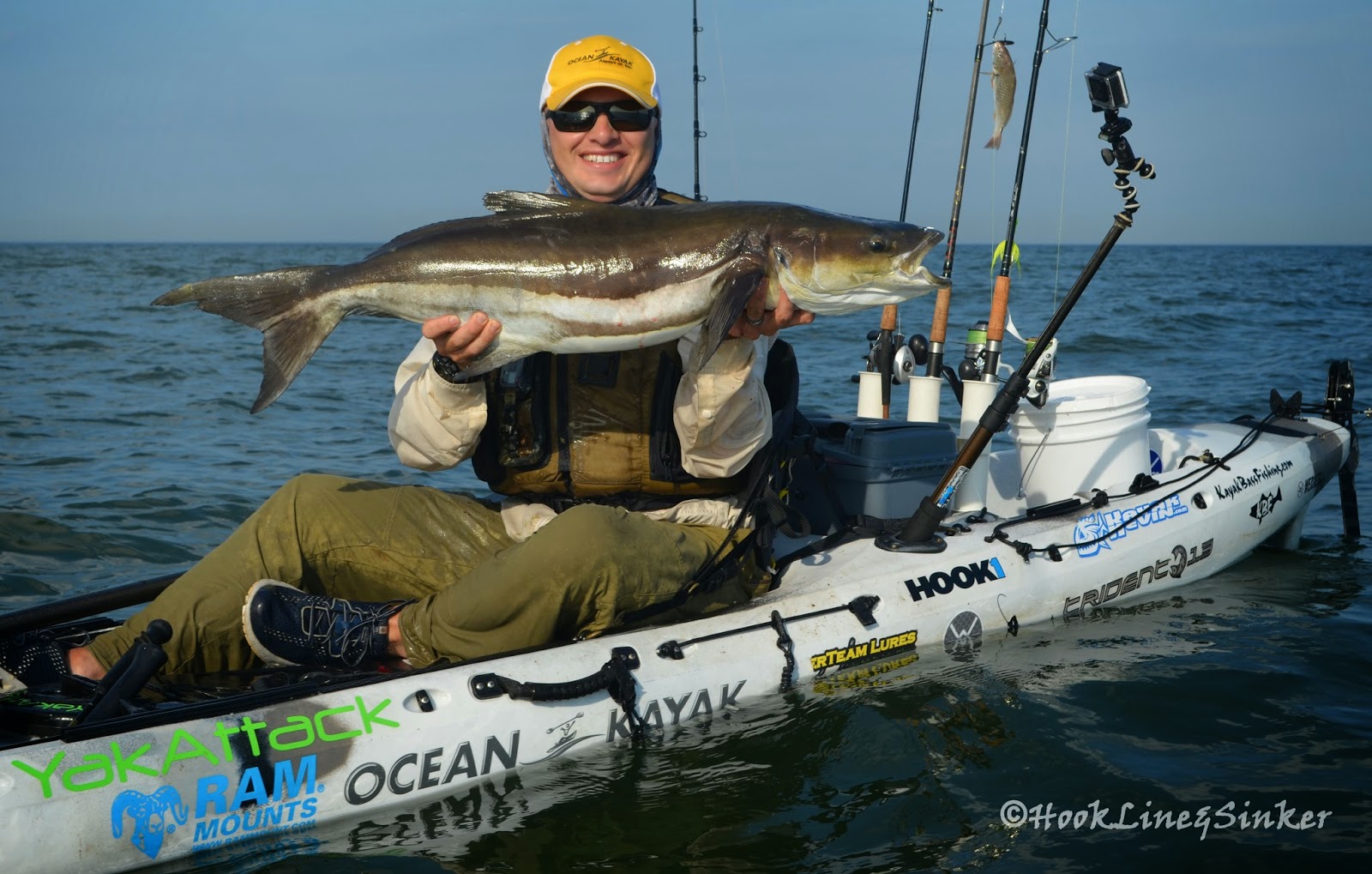 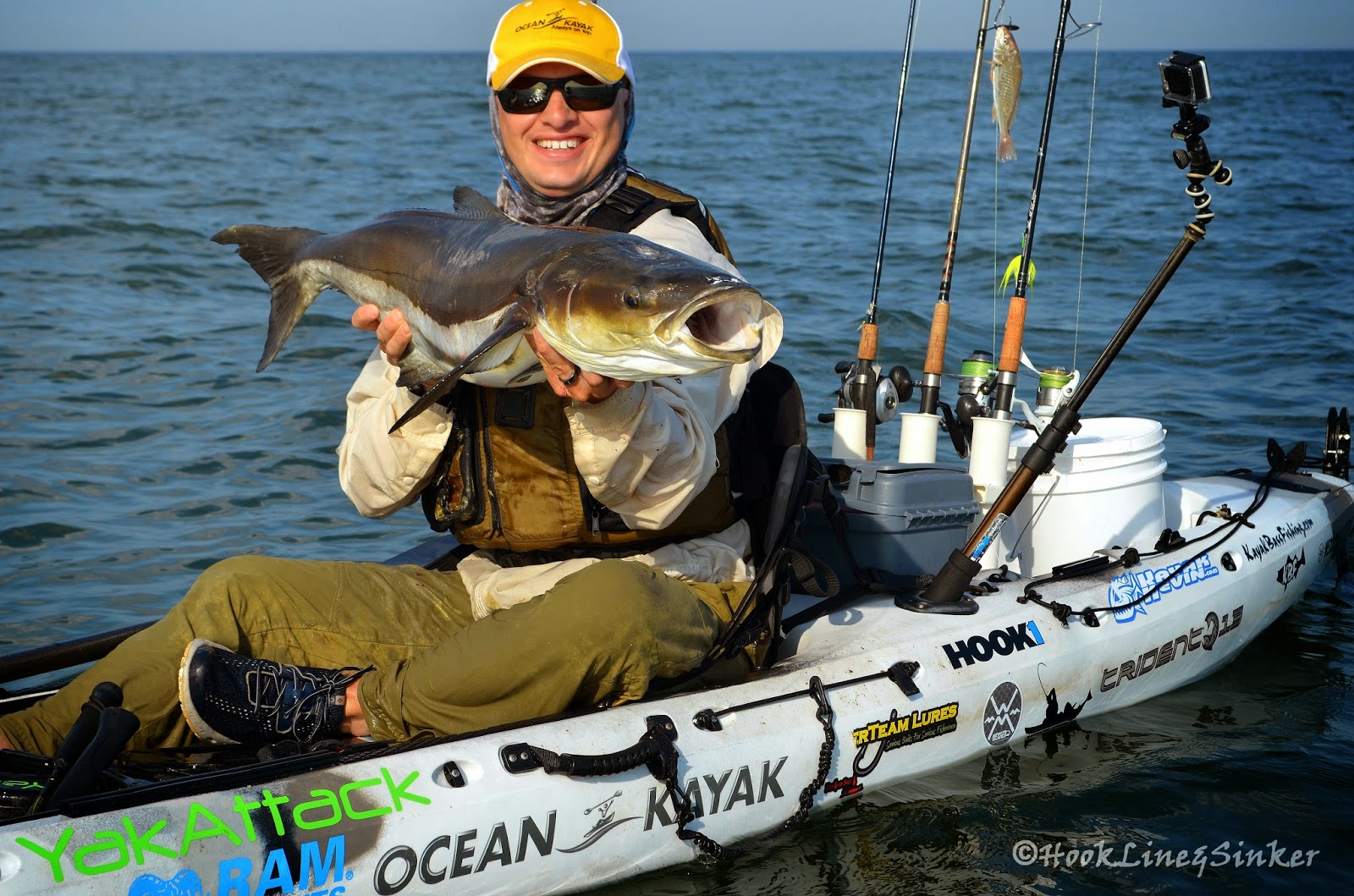 A huge thank you to Joe and Billy for snapping photos and sharing the moment with me. Boy oh boy, moving in the less than 2 months is getting harder and harder. I guess my next goal is to catch one a little bit bigger...citation worthy. Either way, no matter what...I'll take a run-in with Mr. Brown Clown anytime! 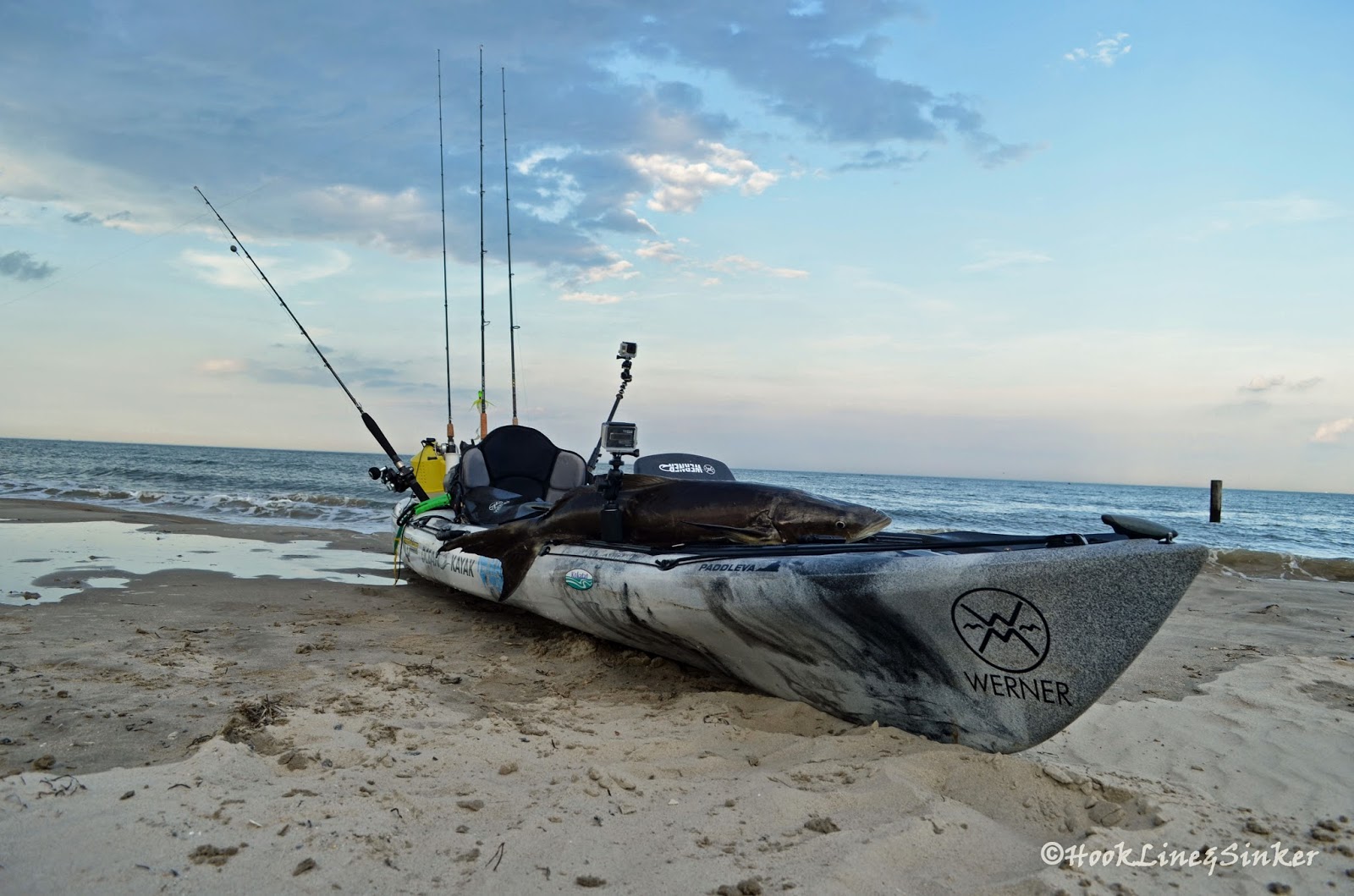