Plan A: Surf launch into the Gulf for kings, snapper, cobia, etc

Plan B: Try for speckled trout at a couple spots I scoped out from "internet scouting"

I decided on the morning of Labor Day that it would be a good day to get on the water. Being hell bent on getting as much time offshore as possible, I loaded up and headed off to the beach. Red flag conditions with 11+ mph winds yielded strong surf with fairly large waves. Long story short, this was not the day to do a solo surf launch. Time for Plan B.

Being the stubborn angler that I am, I wasn't about to give up on trying to get some quality pullage. Since Plan A was a total bust, I needed to stop off at the house to exchange the offshore gear for much lighter, inshore tackle. After a quick pit stop and quick turn, it was off to a nearby launch. Time for Plan B.

Expectations were fairly low in all honesty. The sun was high and hot, and the boat traffic was beyond crazy. It was Labor Day and the insanity was to be expected. Since I was a young boy, I hated dealing with jet skis while I'm fishing. For some reason they think that they can get as close as they want to any boat or kayak. Well, if I can hit you with a lure, you can bet your @$$ that it's coming your way...just saying!

I got to the salt n' peppered grass flat and tried out my new Tactical Anglers Crossover walk-the-dog style topwater lure. With my mind locked in the sun-beaten mental euphoria, my bait stopped at the same time I heard something on the surface. "Oh yeah, that's a fish!" The relentless headshake instantly screamed "speckled trout". However, this 20" class fish decided that he didn't want to be on camera and dropped off the hook as he was yanked into the boat. Oh well, at least I know they're here!

A short while later, this time on an Unfair Lures Rip-n-Slash, I felt a different type of strike. I knew right away that it was not a trout. It didn't take long before this fish went for the clouds. Yup, it was the "poor man's tarpon"...ladyfish. 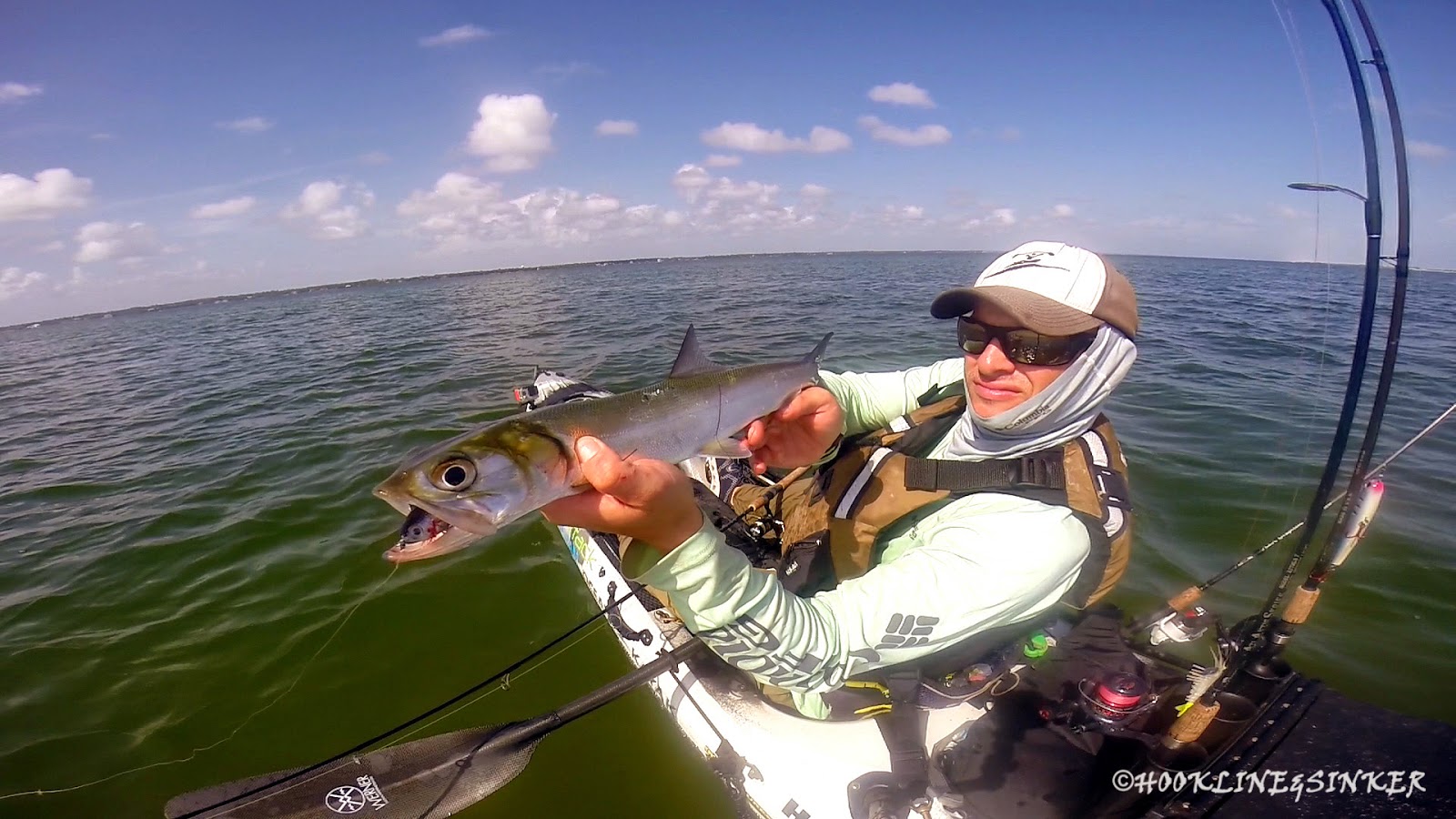 Next up was a stout speckled trout.

This guy inhaled one of my favorite "search" lures

that is second to none!

Seriously, this paddle tail awesome.  You have to try em! 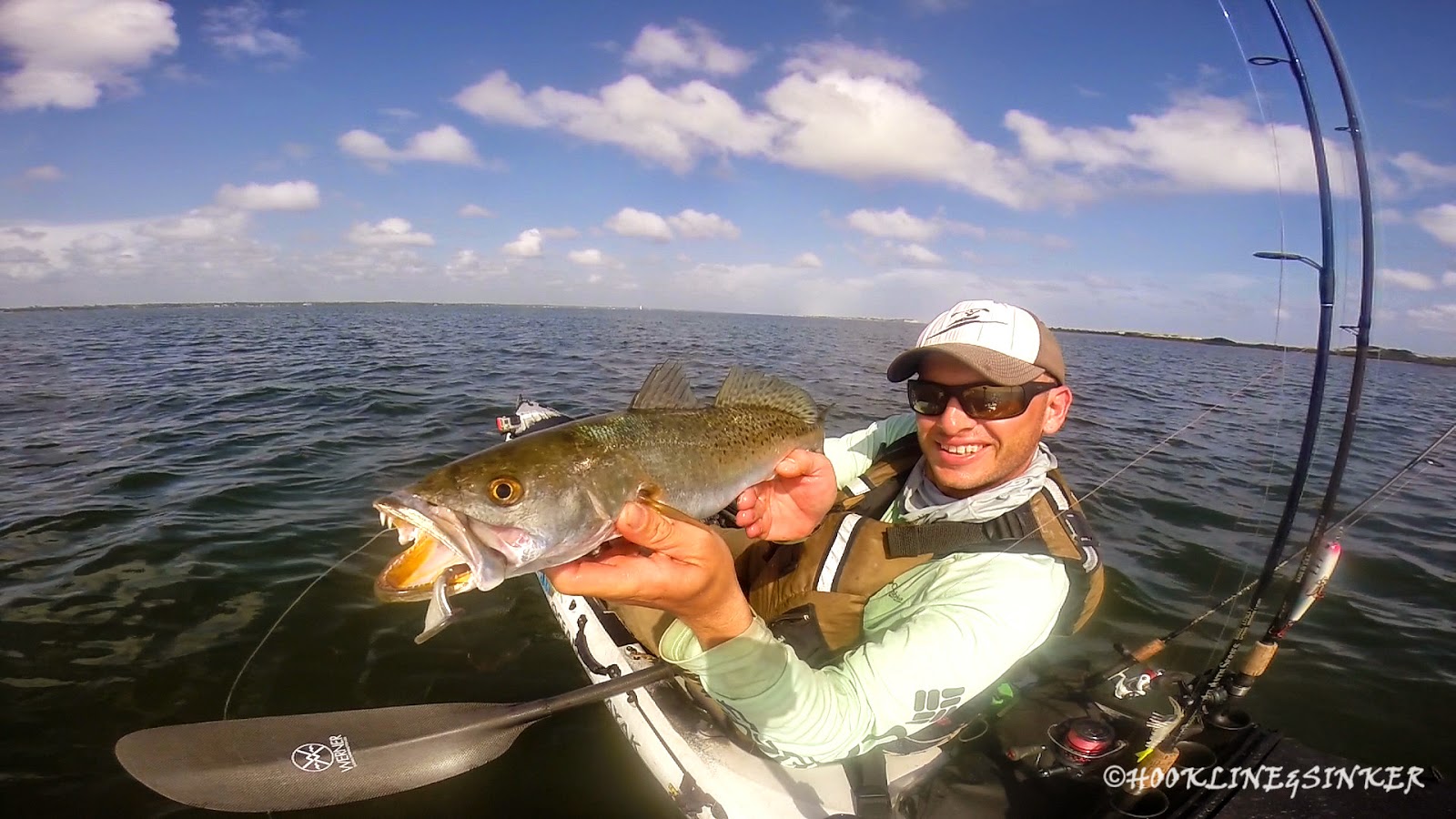 Having located an active grass flat loaded with bait and fish, it only made sense to throw...

Throwing topwater is my version of Xbox. 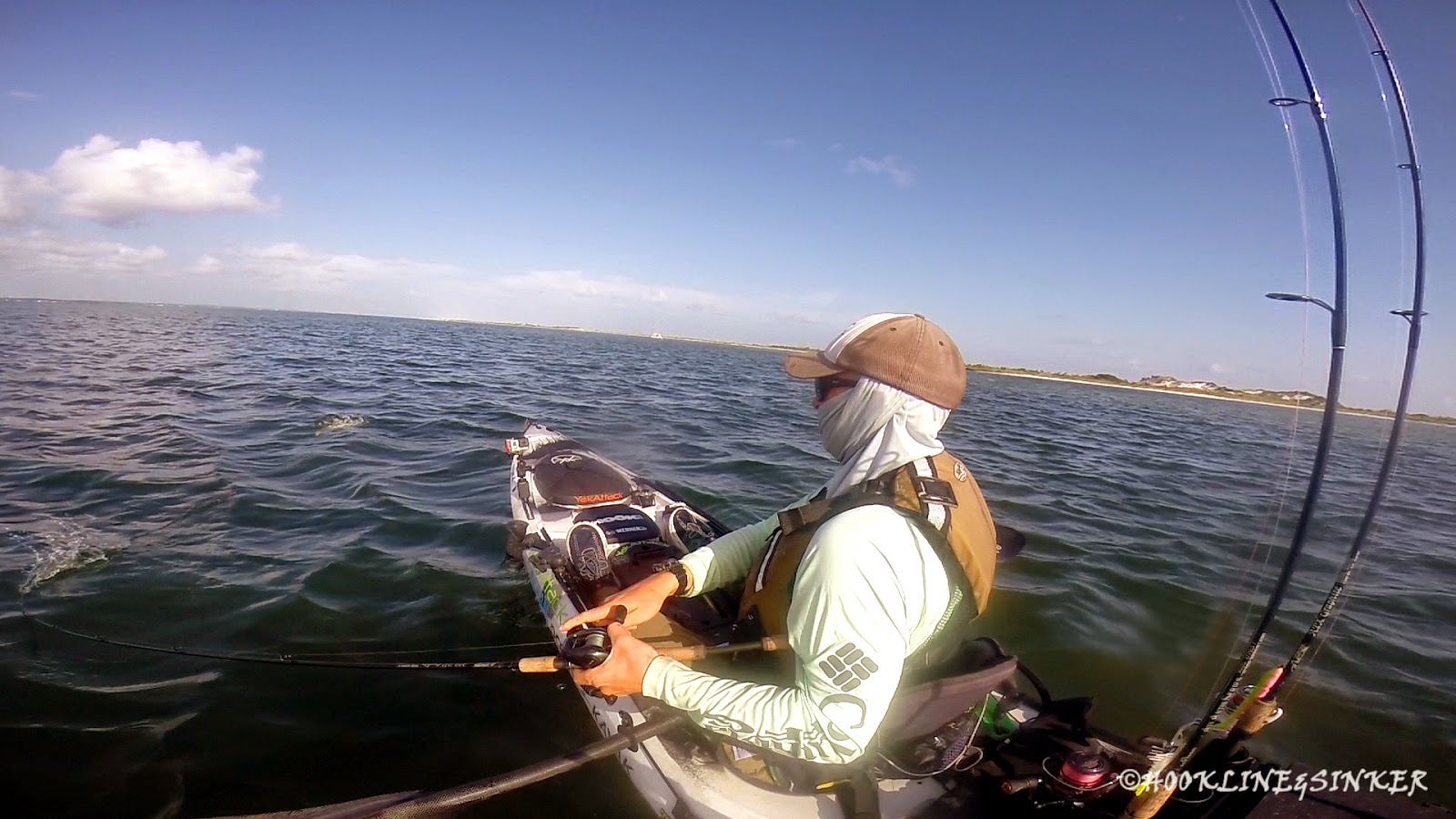 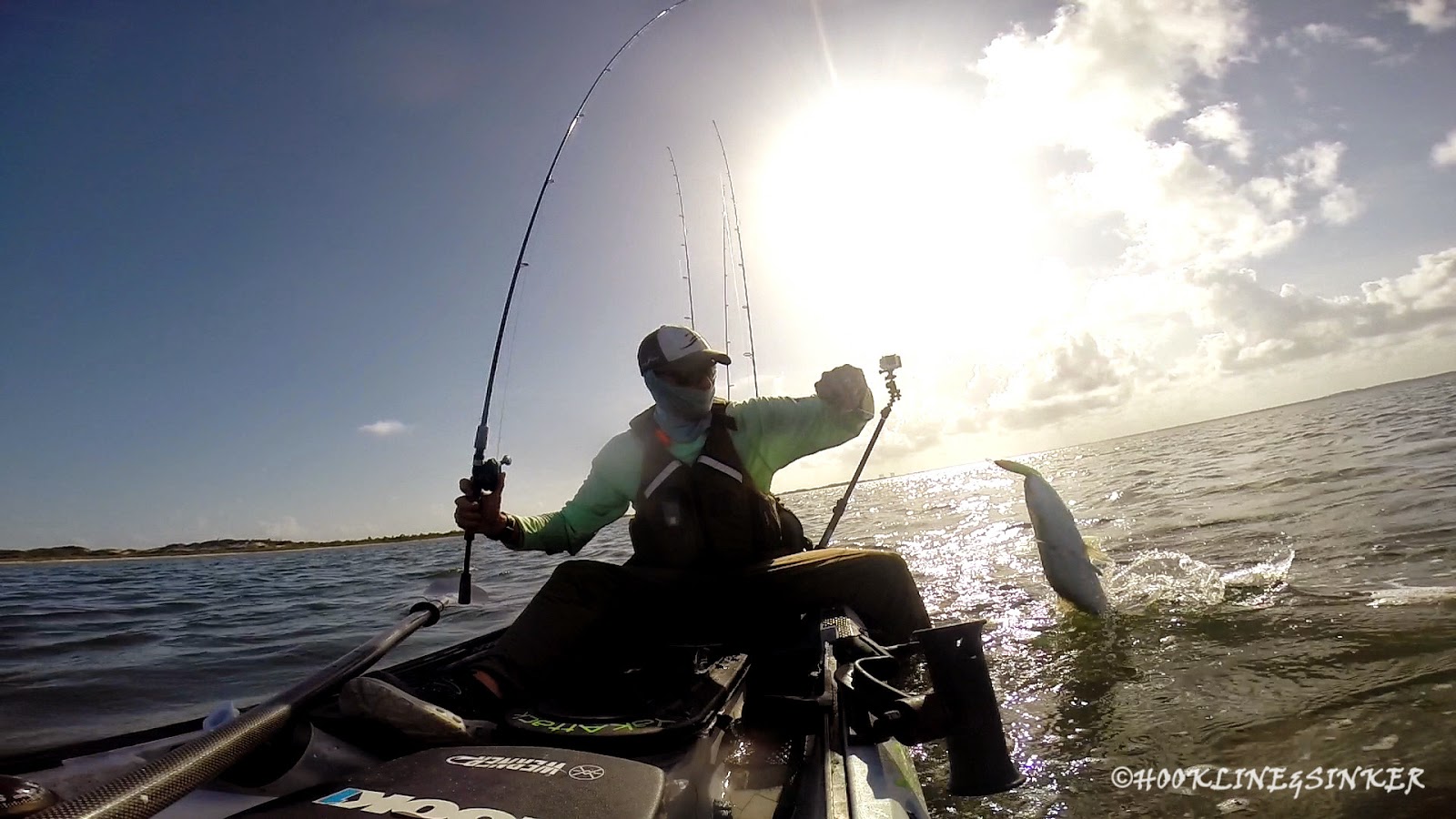 With these fish located, I didn't want to spook the flat more than I had to.


There is no better way to go after big trout than to silently wade...stealthy ninja style! 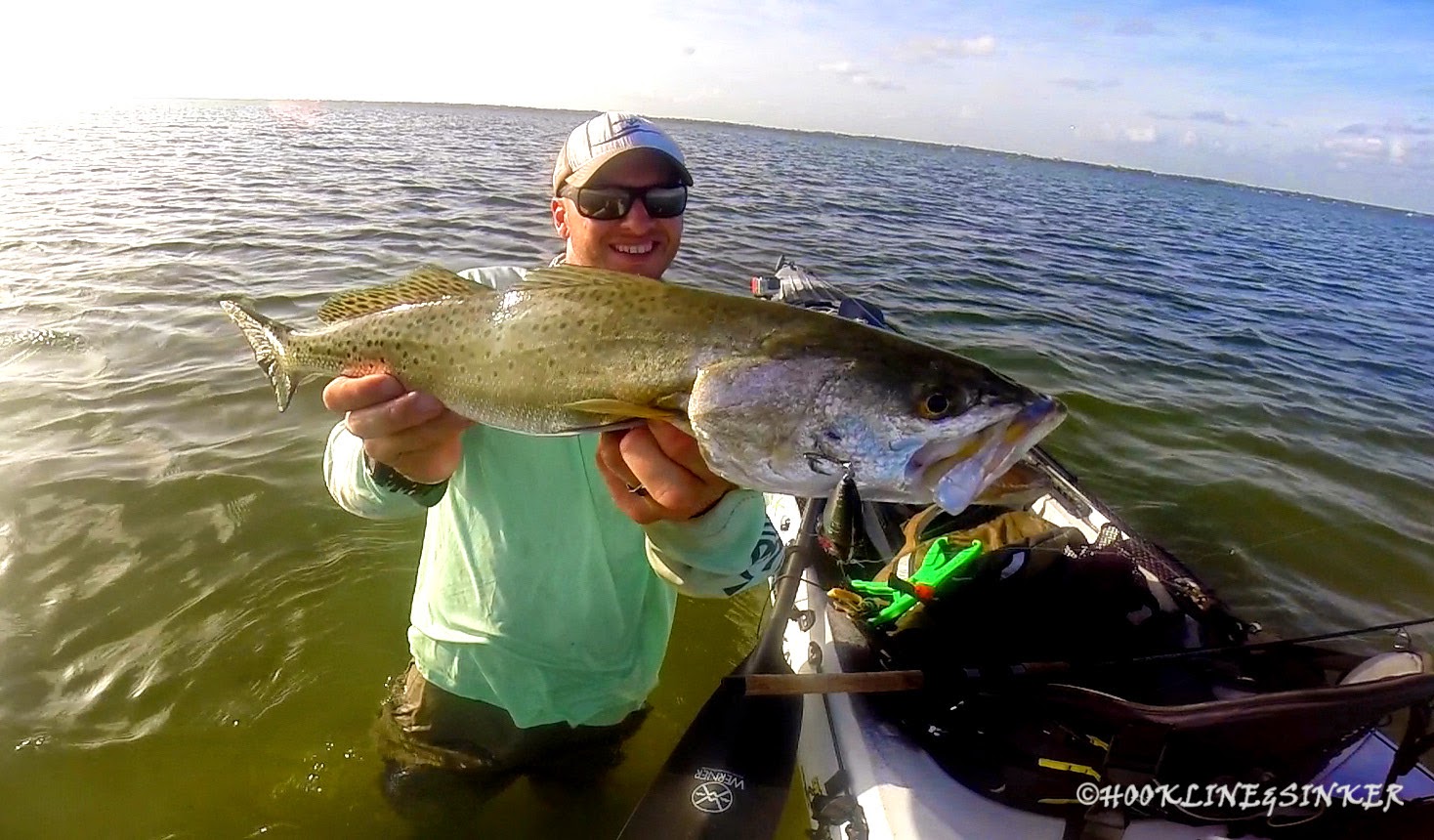 Not to shabby for the first time in this body of water. Can't complain with double digit hook ups and specked trout between 20" - 23". I will say that speckled trout are some of my favorite fish to target. I fell in love with this species while fishing the grass flats of Tidewater Virginia. Plus it helped having some of the best teachers around. Next is either surf launching or going after big reds. Either way...