No matter how much you fight it, you can't seem to escape it...
There are constant reminders everywhere you look...
When you try and concentrate on something else, subliminal triggers derail your train of thought...
The call of the gulf is strong...it's only a matter of time before you answer it! 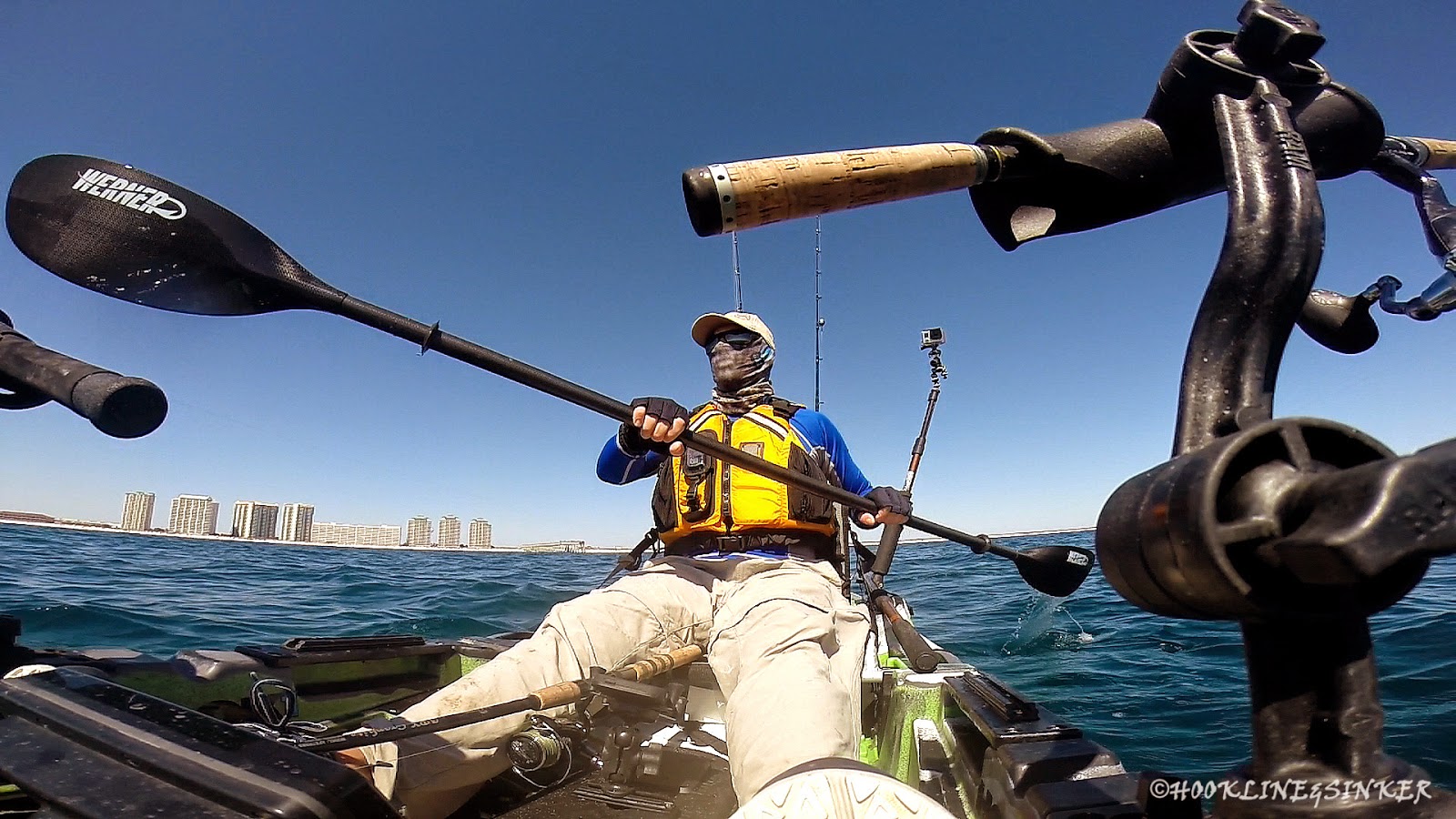 The daily grind of my new job at Hurlburt Field, Florida is beyond demanding; early mornings, long hours, and inevitable "taskers" are just a few of the newly acquired components of my day to day routine. One part of my day that I'm in absolute love with is the every day sight of the Santa Rosa Sound and the Gulf of Mexico.
The emerald beauty winks at me daily
and make no mistake...I always wink back ;)
Fishweather forecasted mid 70s with winds under 5mph. Even though I had no intentions on playing around in the gulf, it only made sense. I frantically gathered the mandatory gear and made way. It was go time!
The last minute plan was no different that the previous ones; troll both live and dead cigar minnows on the way to a couple of bottom spots. It took a while, but around 200 yards before arriving to the first spot, my pink duster rod goes down with the reel singing my favorite tune. 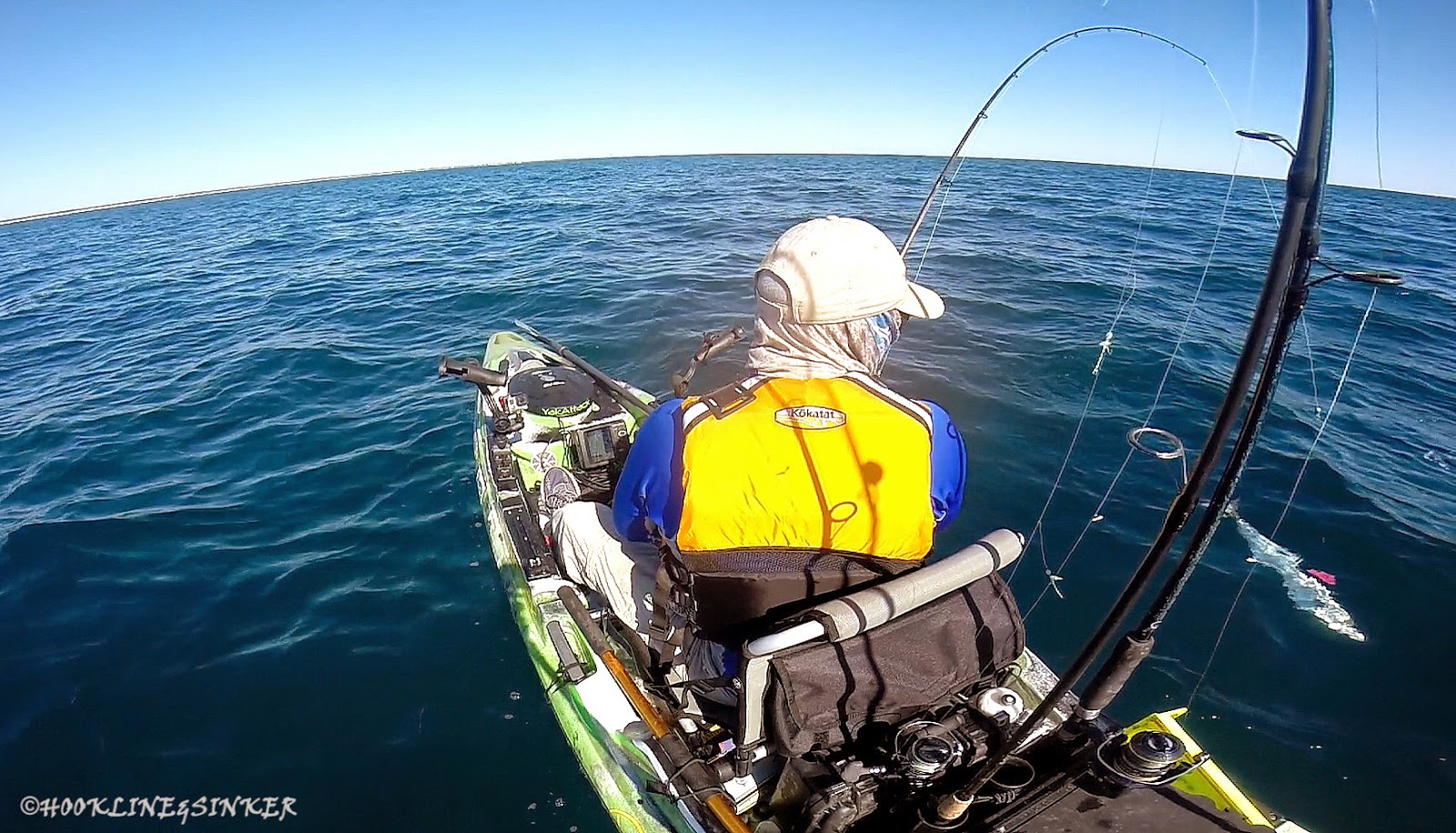 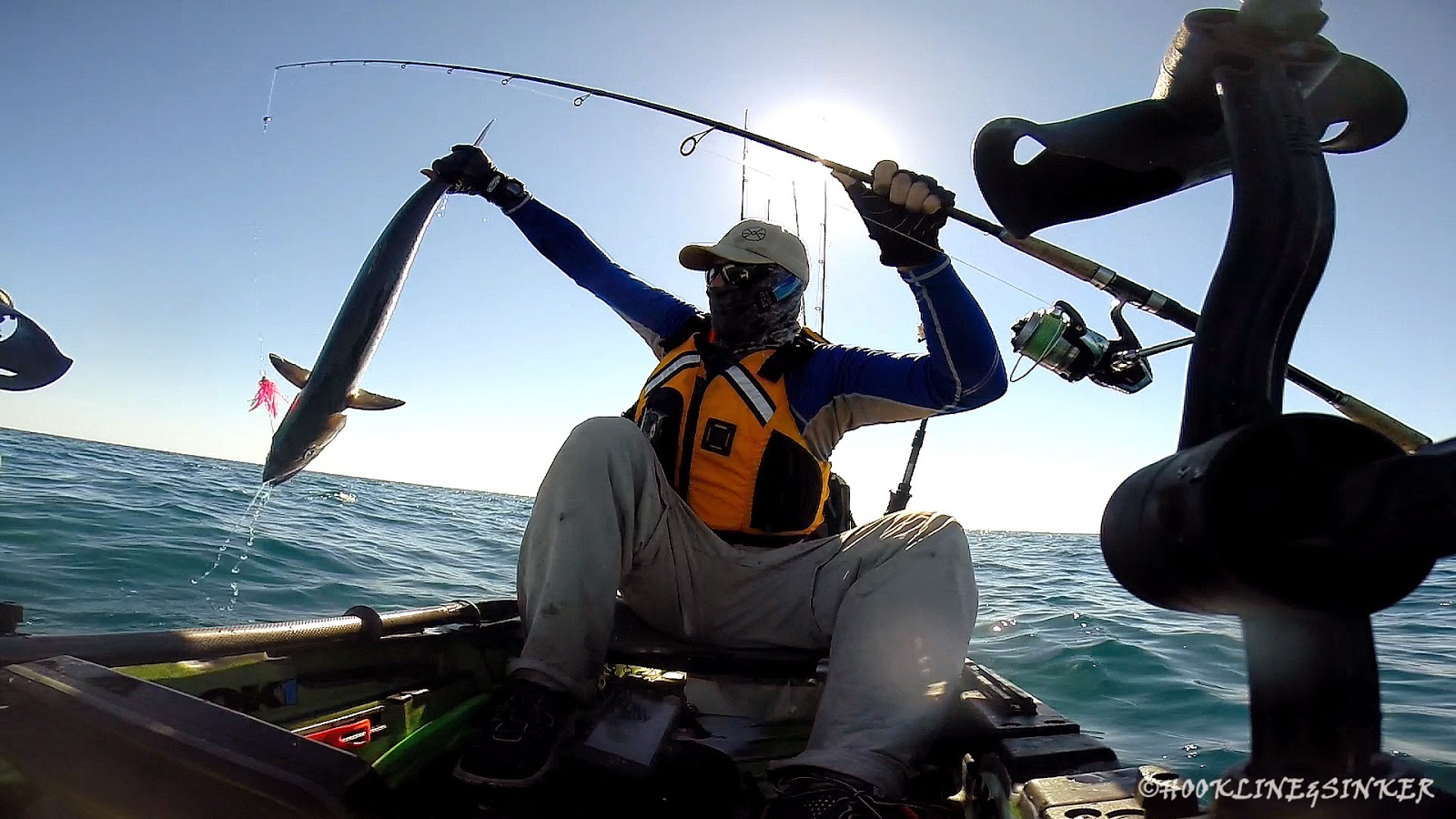 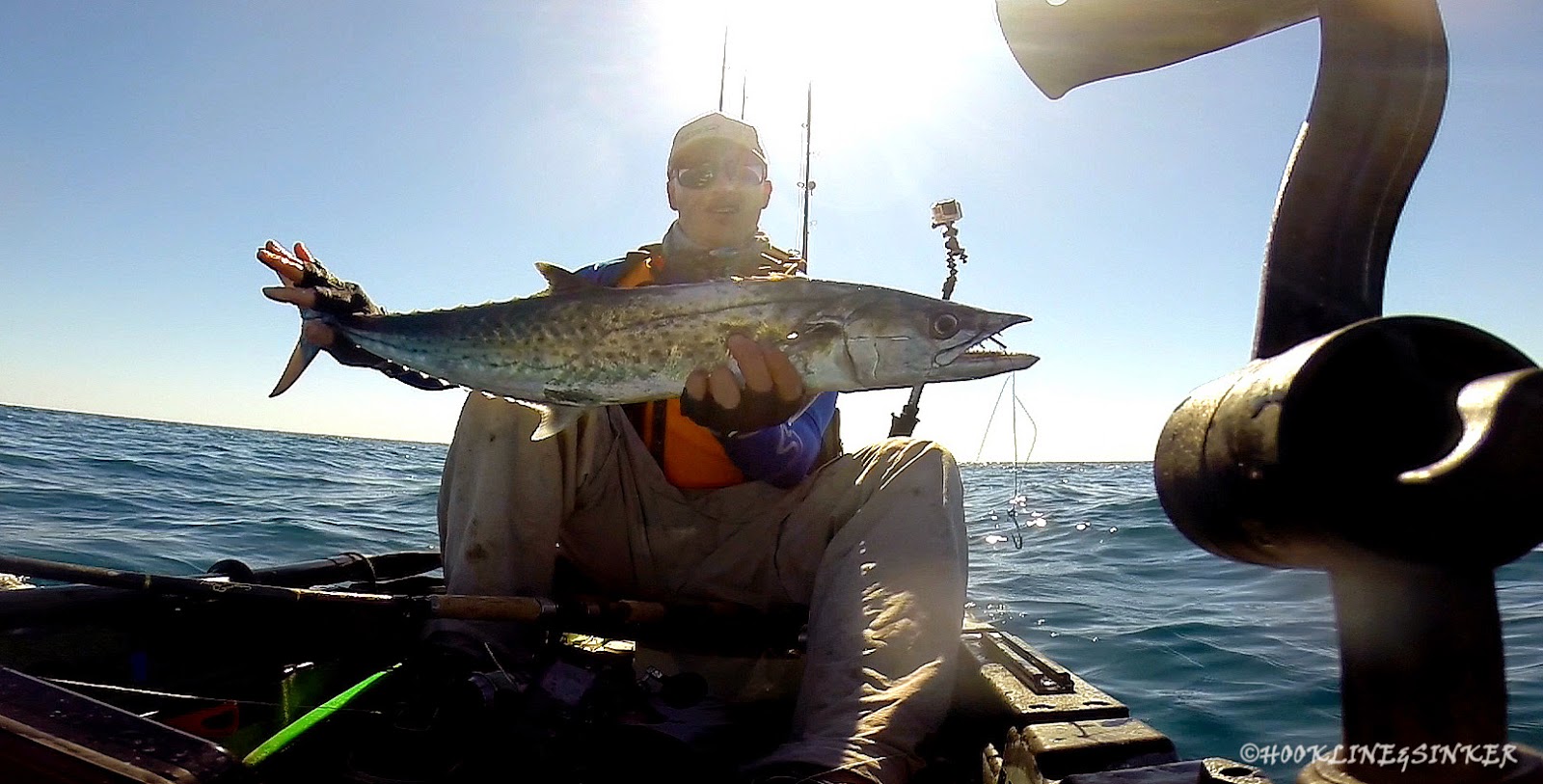 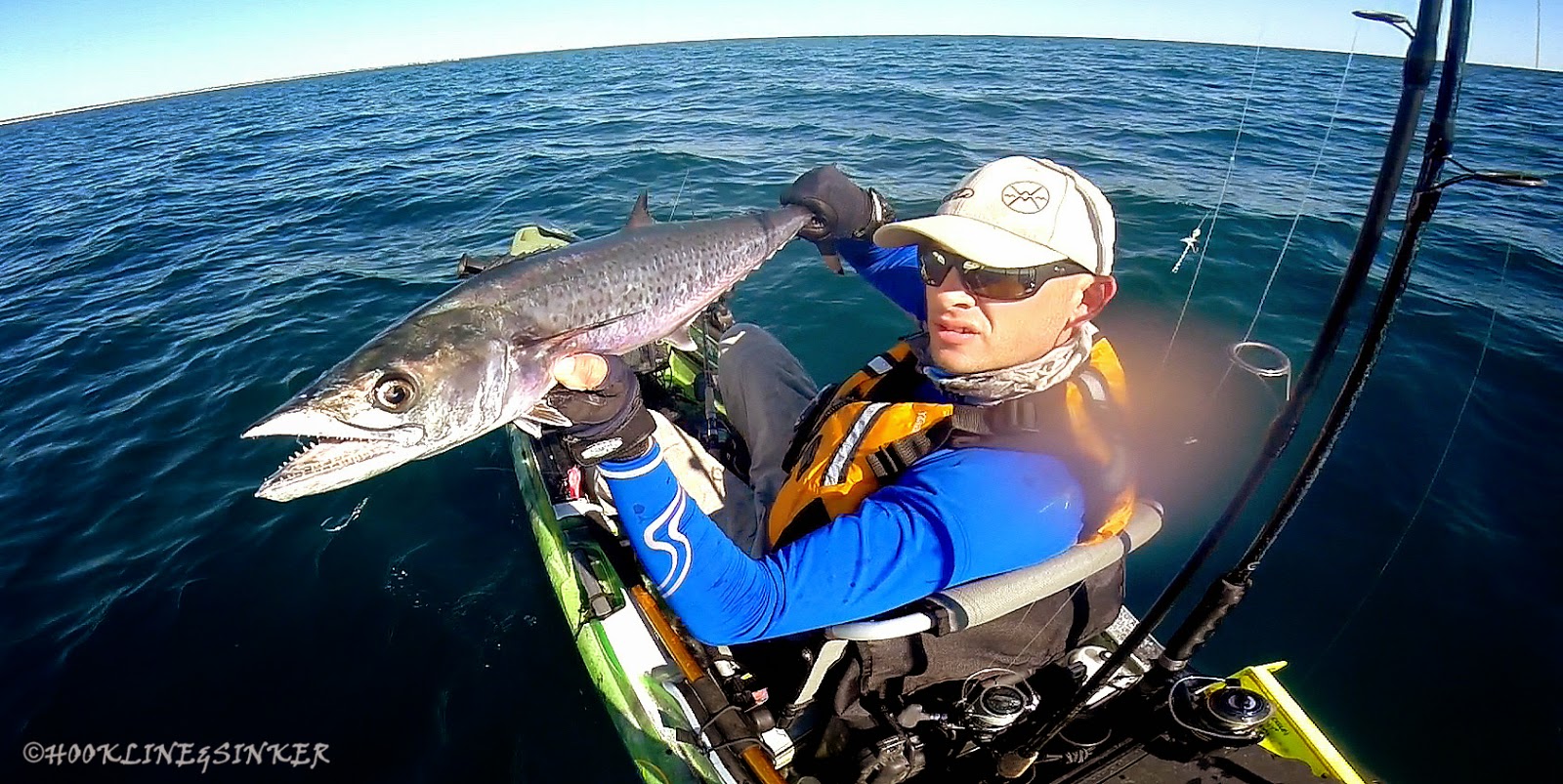 Violent king mackerel are always a welcome break in the continuous monotony of the slow troll of a kayak. Catching kings is fun, but I was really hoping for a sailfish or a mahi. I know I'm the new guy on the totem pole when it comes to paying dues to the gulf, but it doesn't hurt to think big. With the latest cold front dropping off cold northern air, it's only a matter of time before the local pelagic species give us the ole' deuces sign for the rest of the year.

I got to the bottom spot with high hopes! I marked suspended fish which was a very welcomed sight. I brought plenty of frozen dead bait that was to be used chunks of chum. It didn't take long to see schools of triggerfish tear apart the sinking cut bait. After a couple of minutes, something different caught my eye...it had color...red color!

The triggerfish were ringing the dinner bell and the red snapper were on their way. Once I saw the snapper pushing out the trigger fish, I dropped a chunk tipped circle hook to get on the action. The anticipation was high because you knew the hookup was just a matter of time.


As I watch the multiple chunks slowly fall while disappearing one by one, I begin to focus on the...OH $%@&, FISH ON!!!﻿ 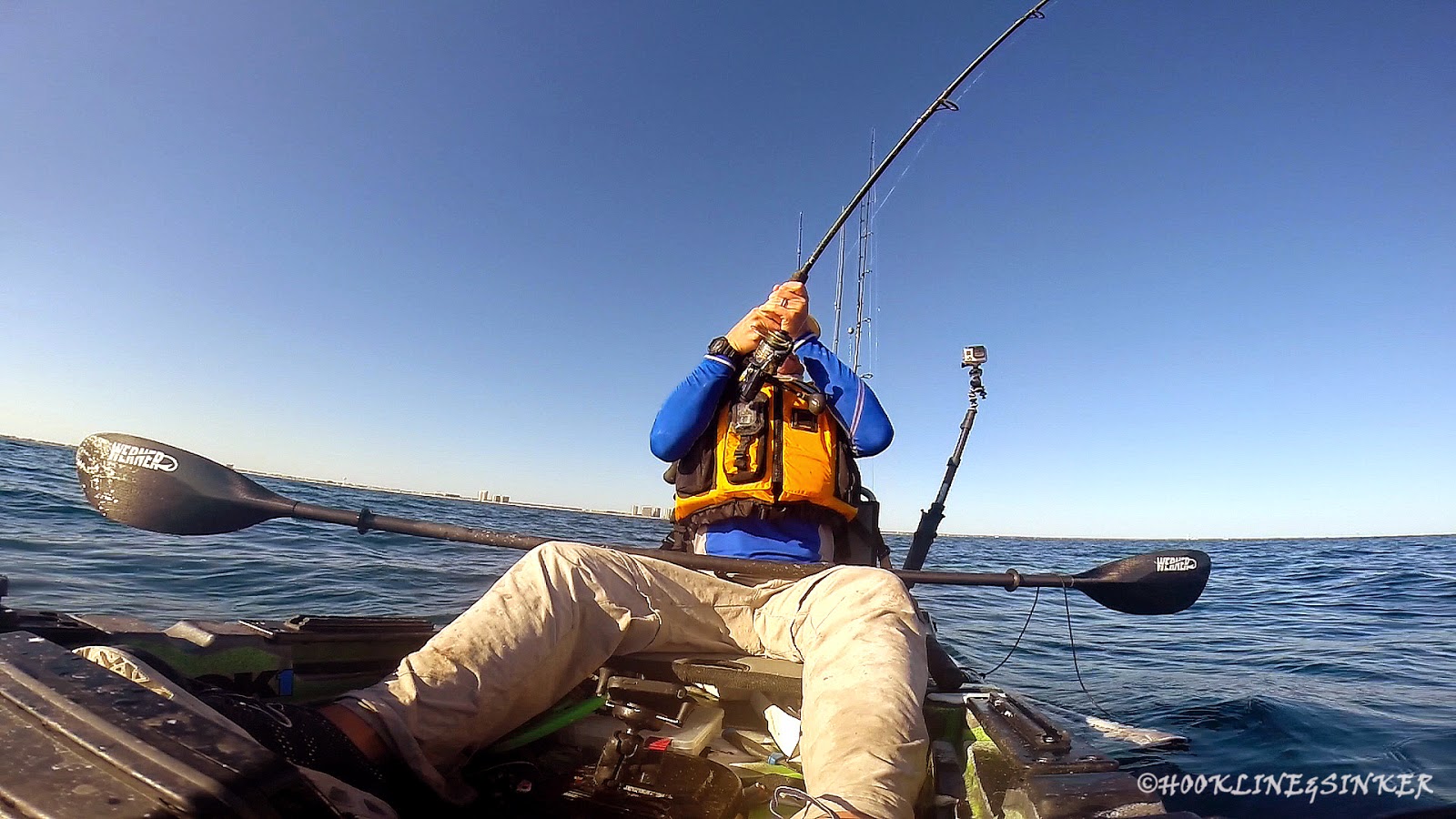 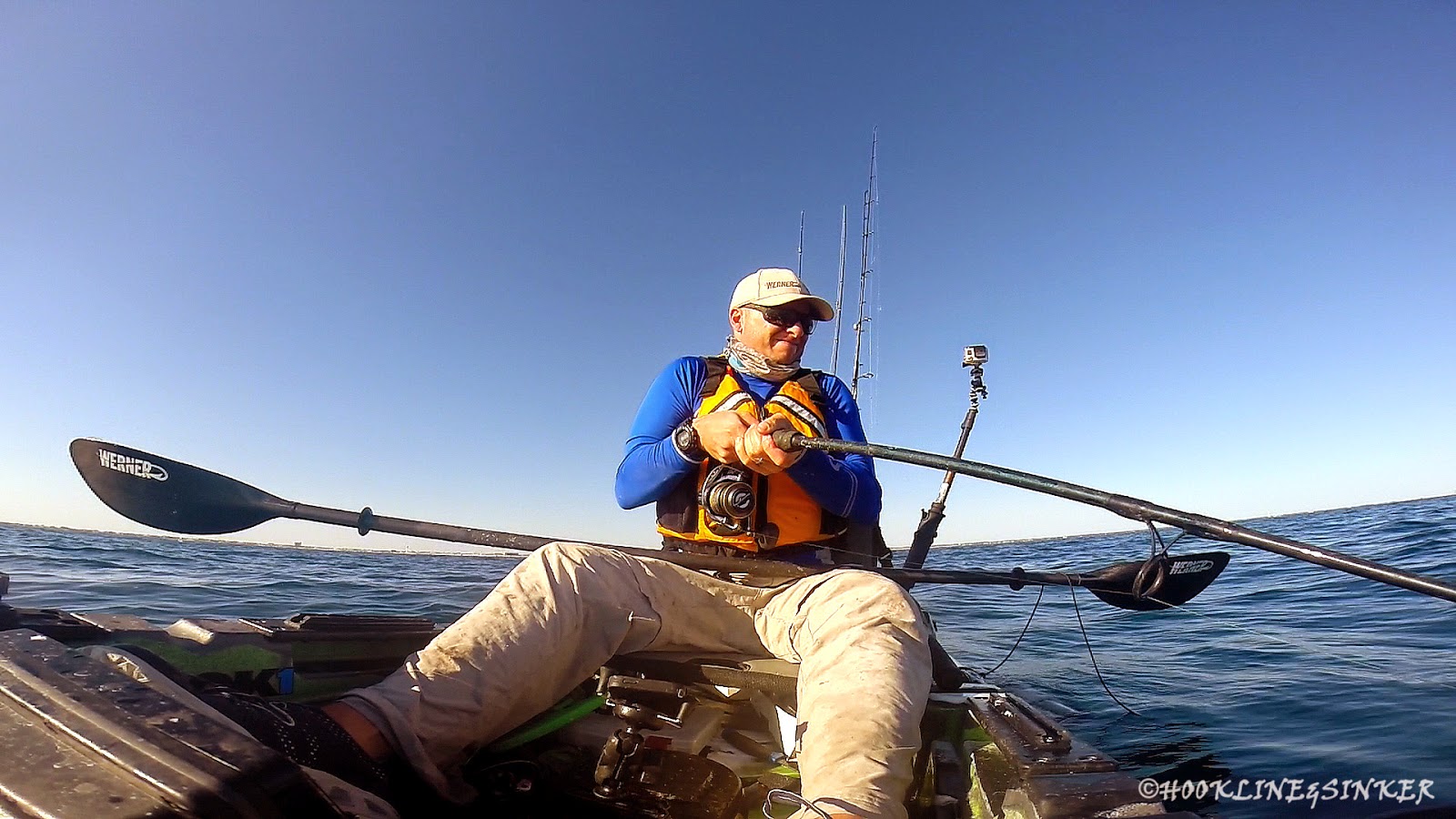 The relentless jackhammer fight is something that you really can't explain. You just have to experience the chaos! You know when you come tight with these tough bastids that you're gonna have your hands full! 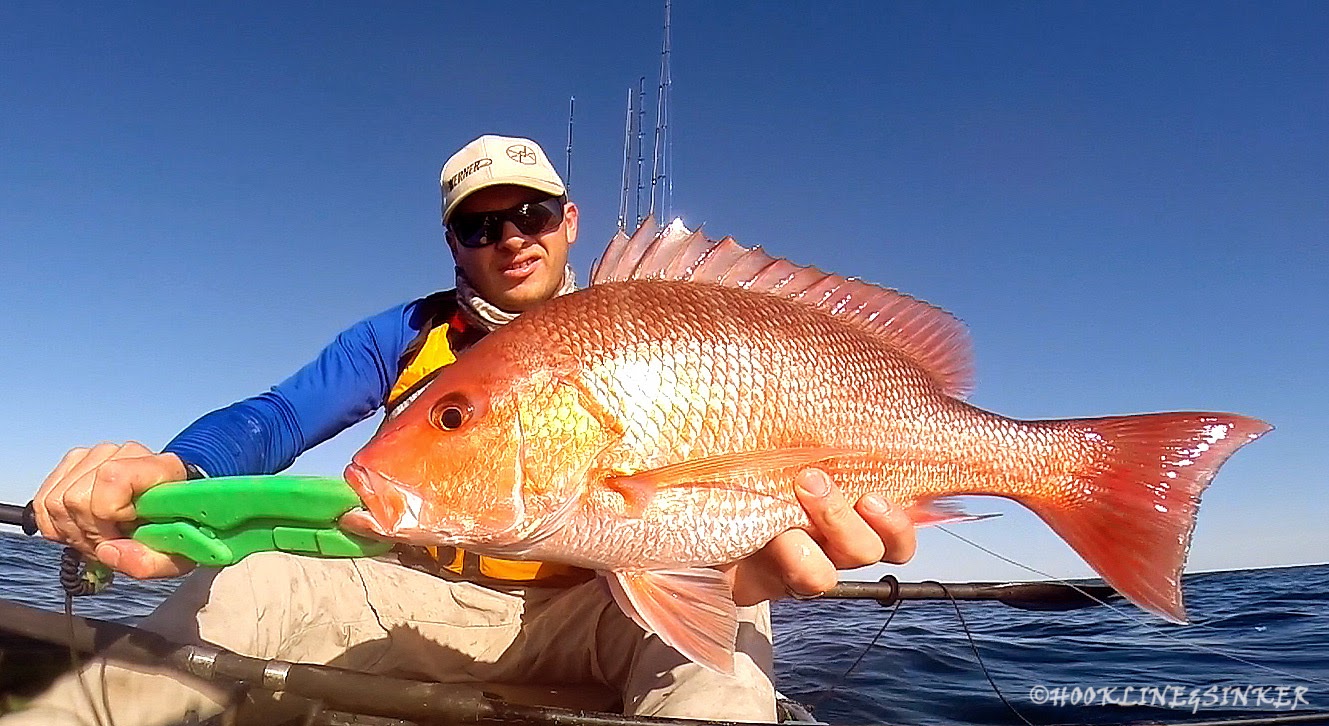 These fish were fired up! I caught one after another. The biggest one was in the low 20" range so I didn't expect anything bigger. Towards the end of the day and the last couple of handfuls of chunk bait, I had another take down. My drag did a couple of small zips, but nothing impressive. I then put some @$$ into it and started to bring him up...that's when all hell broke loose!

Instantly my rod doubled over and my Shimano Thunnus Ci4 6000 was screaming for dear life! I then second guessed what I hooked into. I immediately tightened my drag as tight as it could go because I feared the fish was going to get to the bottom without me being able to turn it.


Back and forth, up and down, I even caught myself grunting out,
"Come here you SOB!"﻿

Once I saw color, my heart started racing. Seeing what looked like a trash can lid of straight red was more than enough to make me re-focus. I backed off the drag just enough to give myself a buffer zone in case this fish went ballistic on the surface. As his eye peeked out from the surface of the water, it was game over. 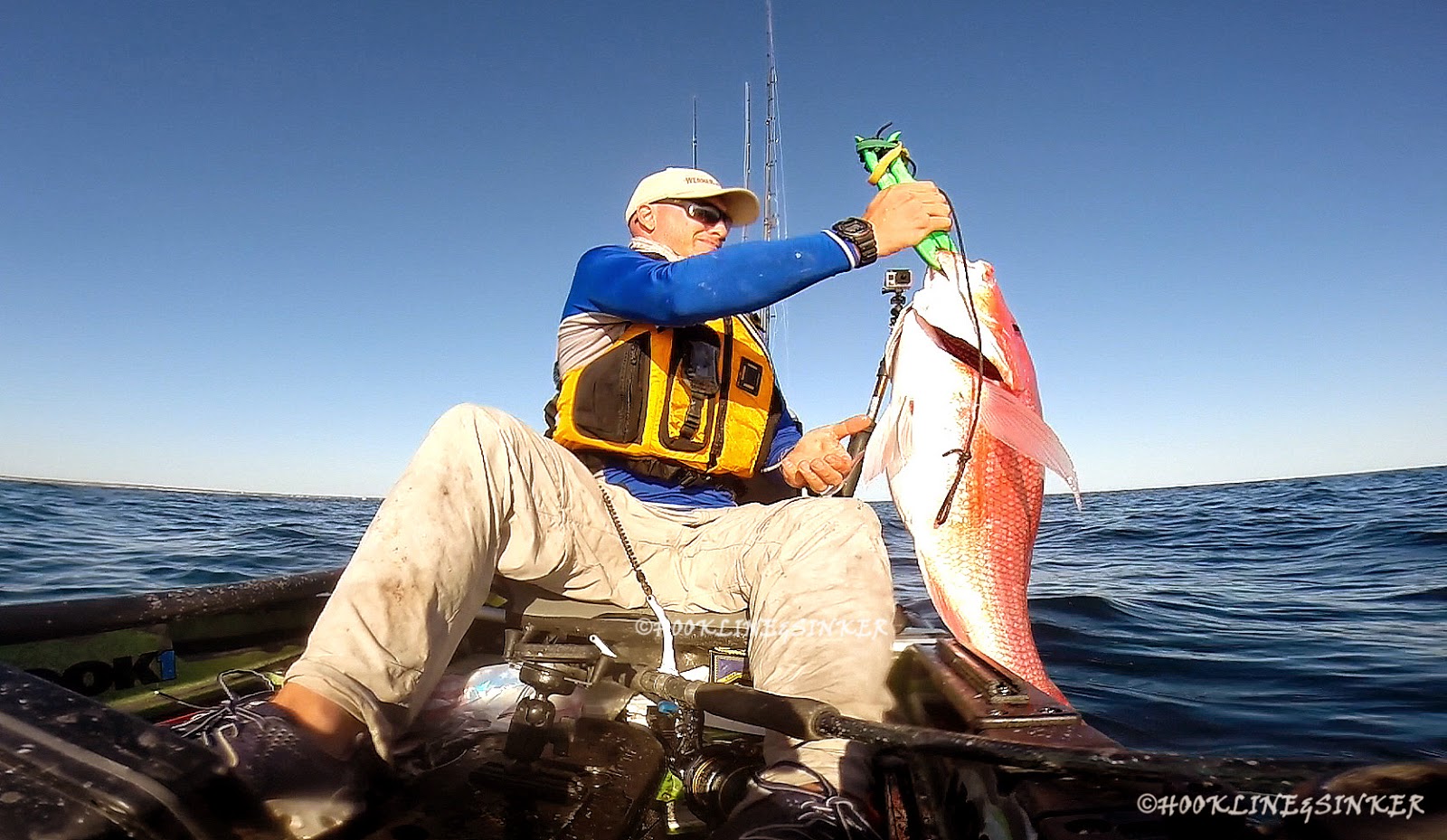 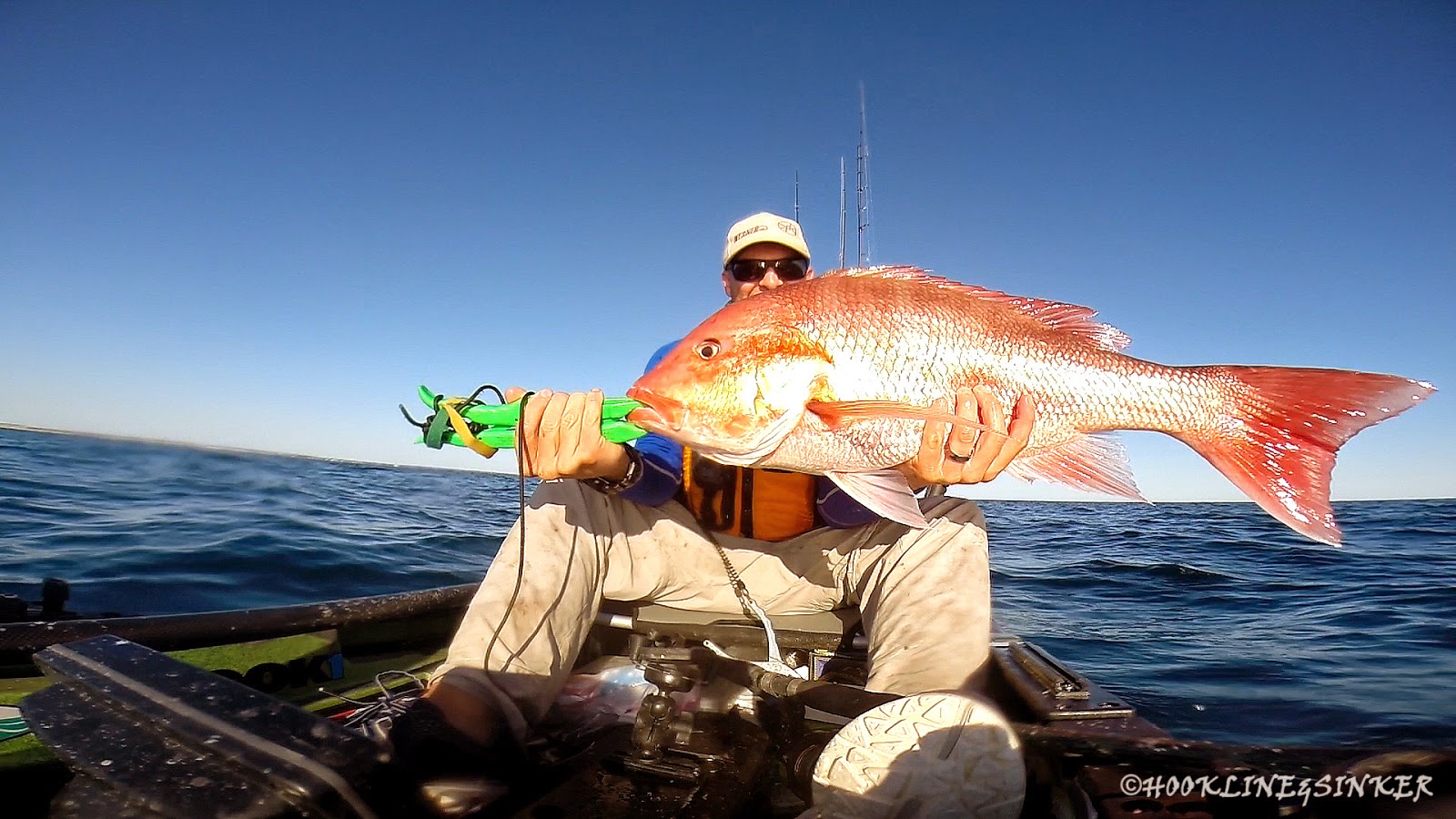 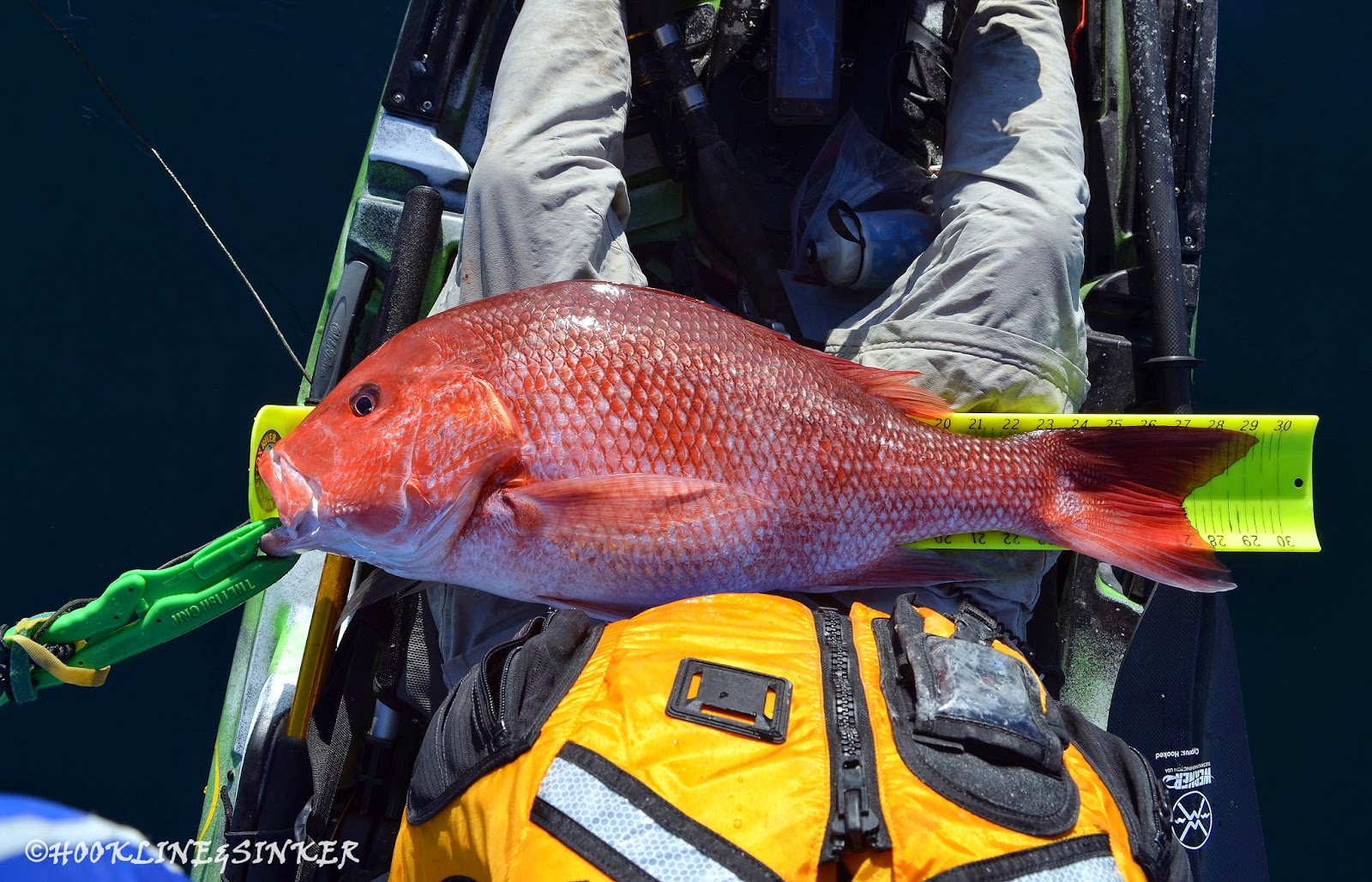 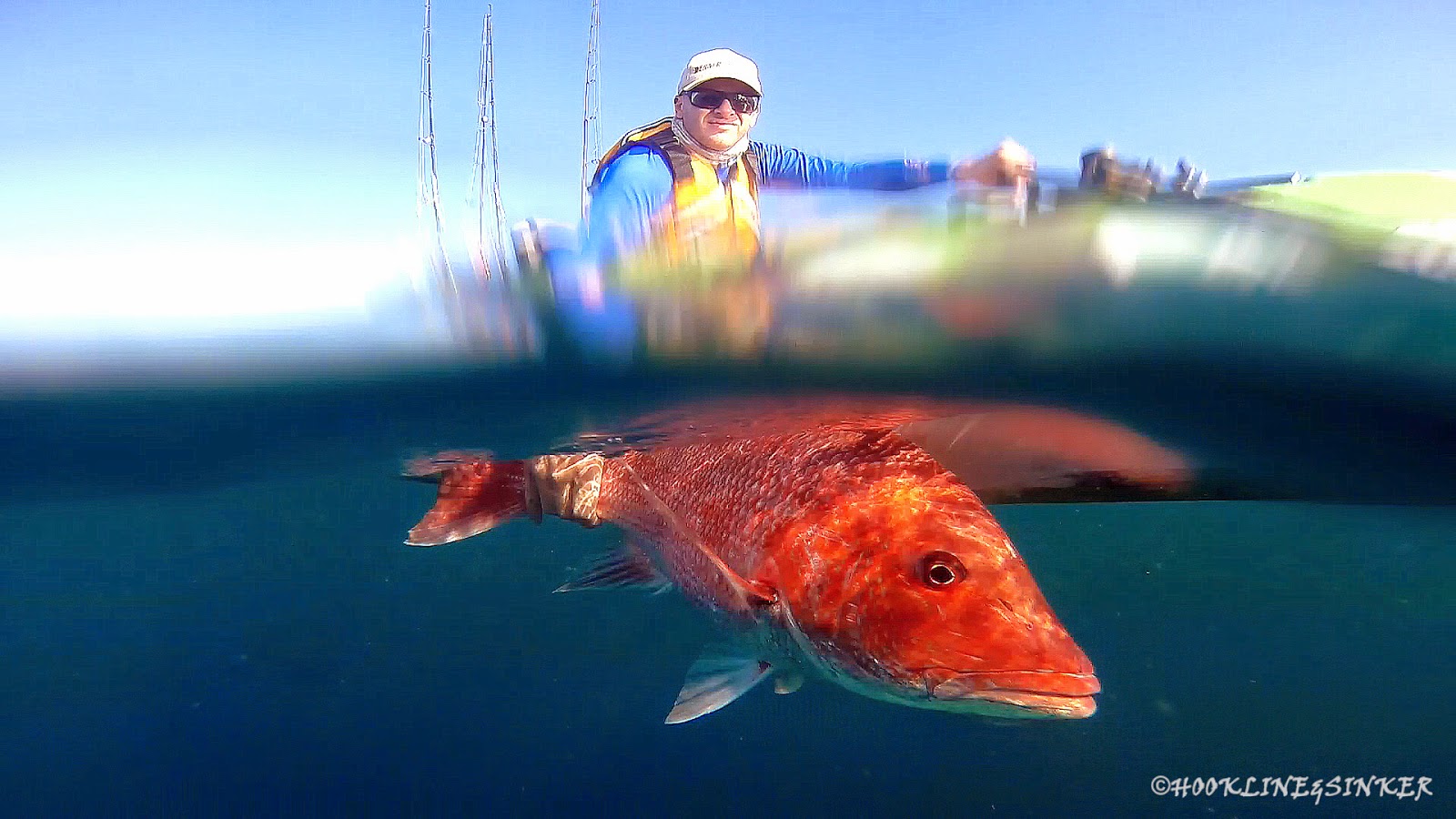 The sun was getting lower in the horizon as I watched the big snapper swim off. Now it was time to call it a day. My biggest red snapper to date coupled with the best up and down fight of my life left a perm-a-grin on my cheesy face that lasted for the rest of the day.


Boy, am I glad I answered!