One of Those Nights

W/SW winds paired up with the incoming tide perfectly, giving the fisherman "angler arousal"
Bait was of plenty, flickering in the gleaming light cast down from the bridge from above
And just like you would hope, the Florida bull reds were thick and they were hungry
It was going to be one of those nights! 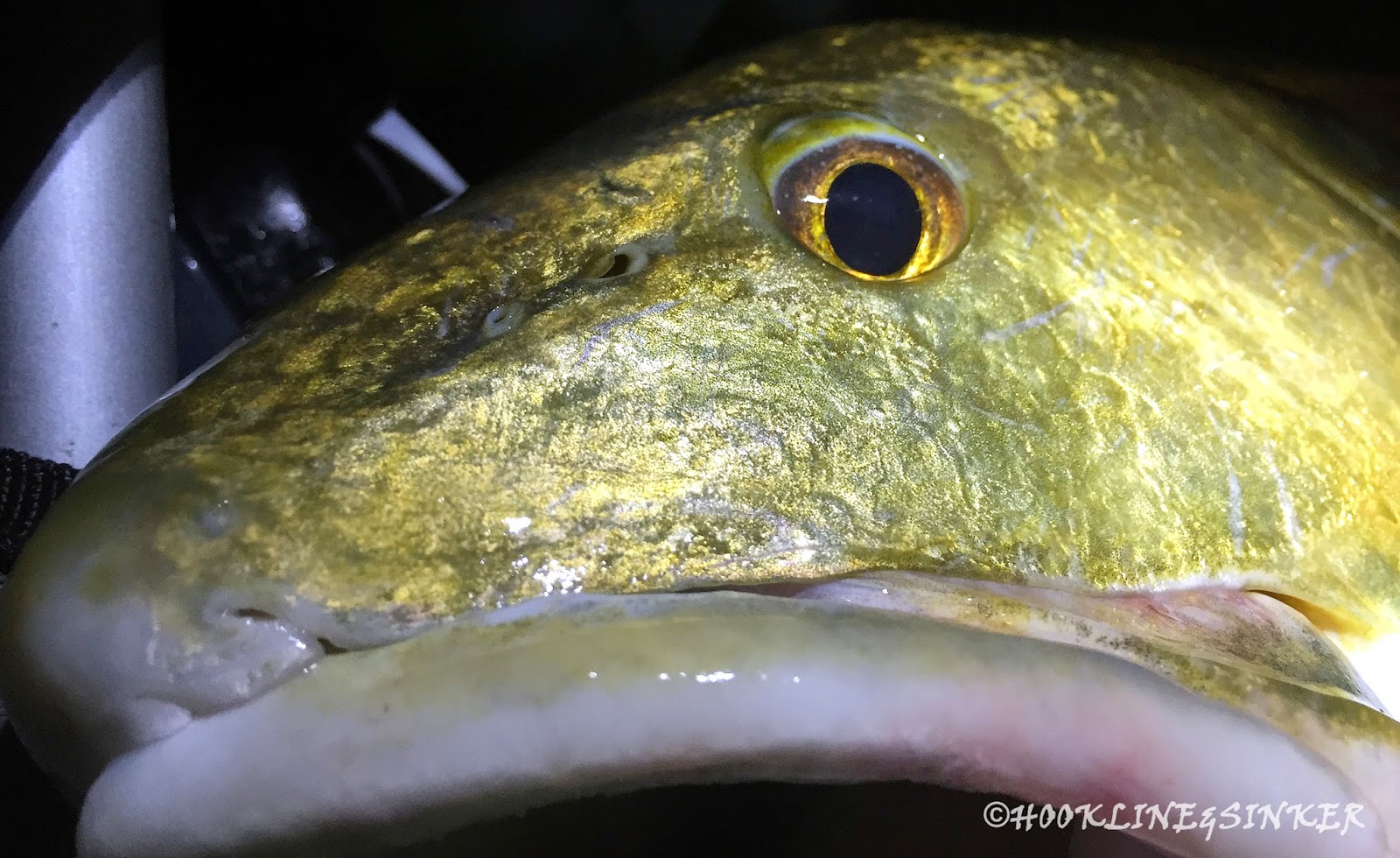 It's always a good sign when the first light that you approach from under the bridge has a hungry red searching for anything to destroy. Within 75 yards from the shoreline, you can't help but to get excited! A quick cast with my PowerTeam Lures Swinging Hammer tipped jig and it was engulfed within seconds of hitting the water. 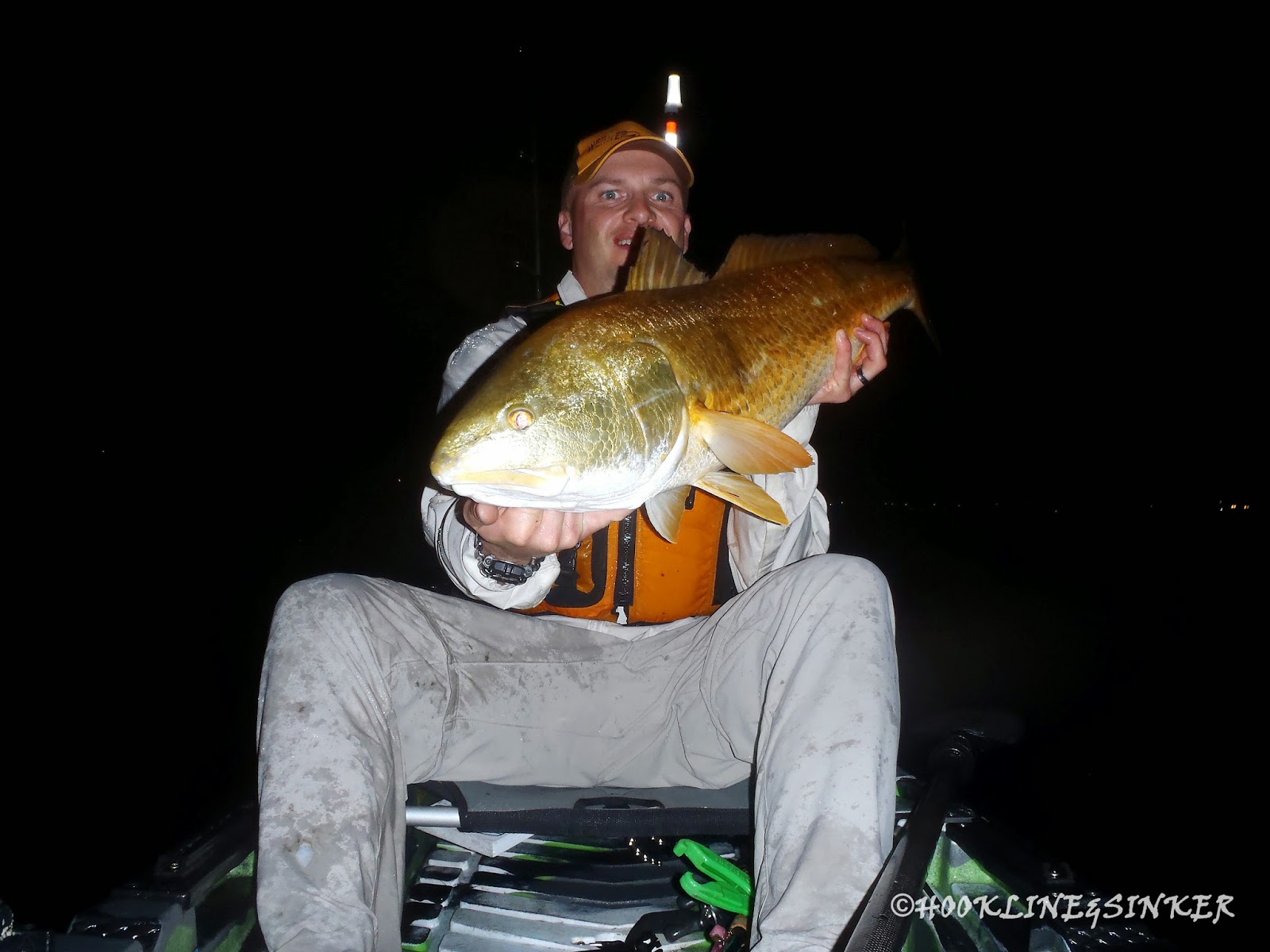 I paddled to the next light expecting to see a big red log cruising in the light. Not only is there one big red log, there were a few of them looking to pulverize anything in their path. This fish puked up gobs of bait as he was head shaking next to the Predator 13.
﻿ 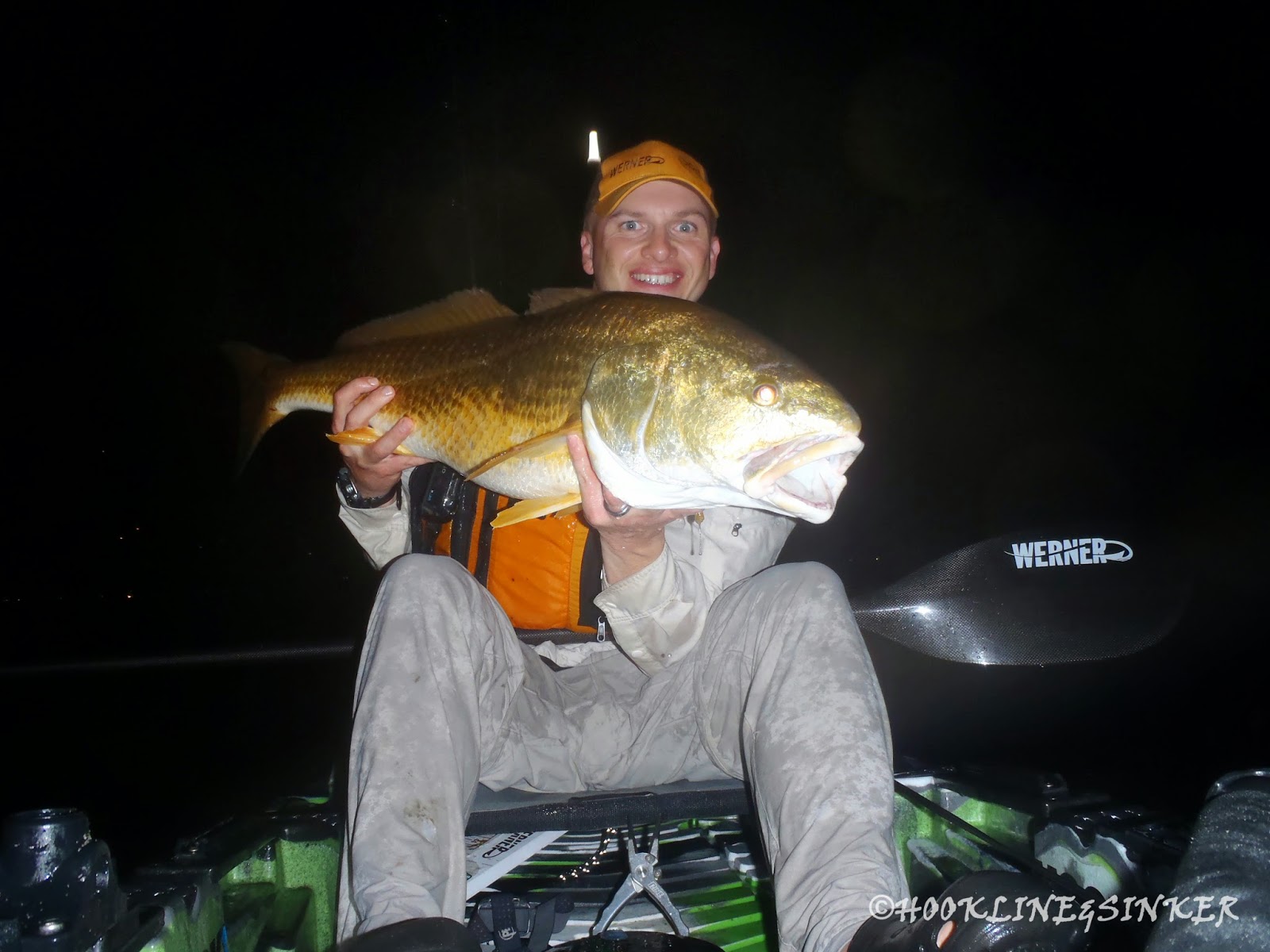 The conditions were a little sporty, sort of like a washing machine. My bow kept leaving the water with random swells. No joke, my Werner "Hooked" Cyprus was vital in not wasting my energy since the blade is rock solid. Any other blade that would flex would have been a pain to get from one light to another!
I don't know if I went one light without seeing or catching a fish! My first 7 casts yielded 6 fish, can't complain with that!
﻿ 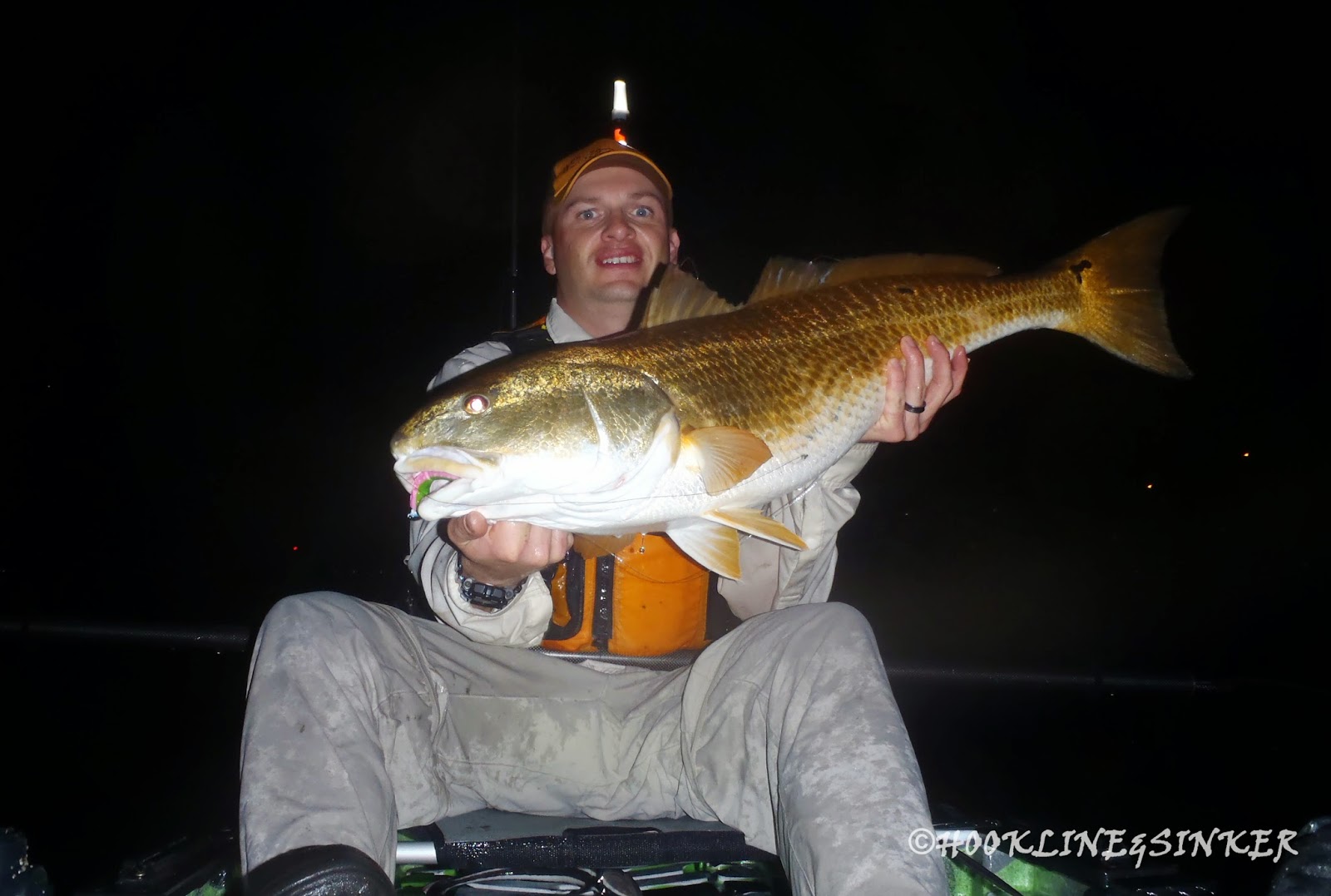 Over the past few weeks we have experienced warm temperatures which made our water temp sky rocket! My last time out I was in GoreTex bibs and a paddling jacket, fighting off cool water. This time, the water and air temps were in the 60's. Much better!!!
﻿ 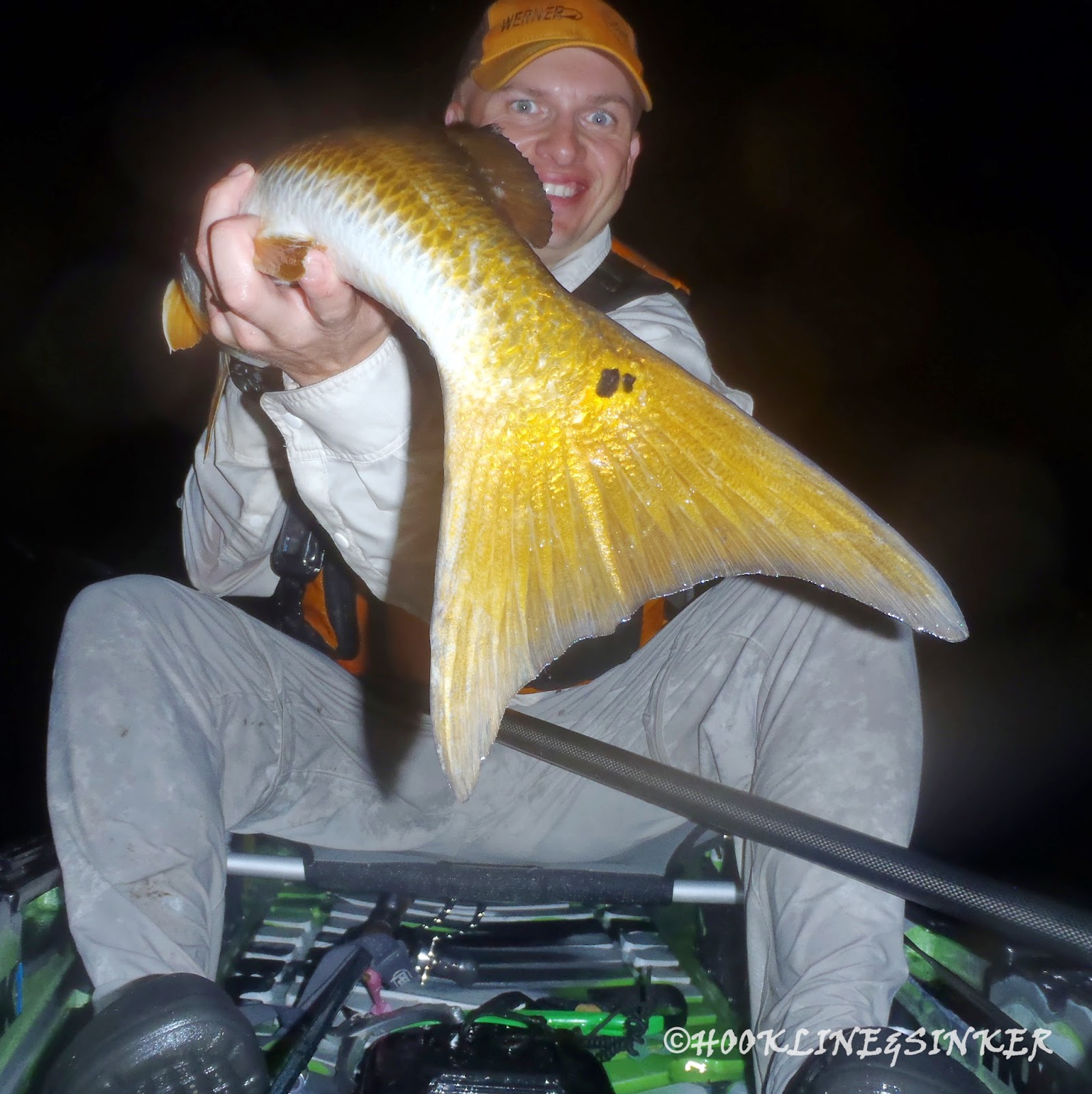 I ended the night losing count at 15 reds between 34" and 38.5". The bite started to slow down was the tide topped out. Even when it was slow, you still could catch them consistently. When an angler heads to the bridge for big Florida reds, you pray for a bite like this. The bait was everywhere, the water was moving, and the fish were hungry...it was just one of those nights!
~See ya on the water!﻿
Posted by Richie at 12:26 PM No comments: