"The draw to the salty surf grows with each sunrise over the white sandy beaches."

The move to second shift not only gives me a chance to work with a different group of guys, but also gives me the opportunity to sneak in an offshore quickie...SCORE! 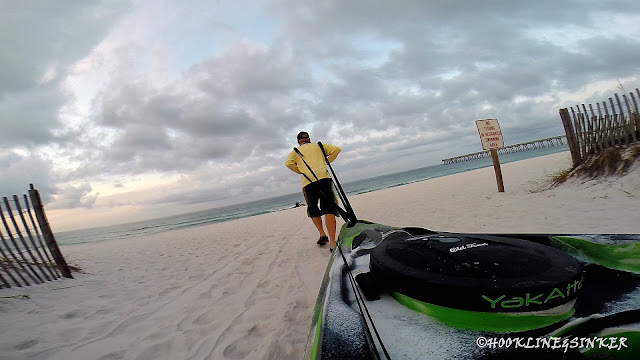 As the first period of red snapper season draws to a close, I made sure to take advantage of any chance to get in the gulf.

I'm not just a fan of the tasty red snapper fillets. My wife loves the amazing sashimi and other dishes that I have created. It's a serious bonus when the Mrs is all about it!

The first day went everything but as planned!

Marty Mood and I hit a few spots that showed little to no life at all...odd!

The 4th spot that we hit looked like it was going to be a dud. We threw out a bunch of chunk bait and Marty hooks up. What I thought would have been a red snapper proved to be something else... 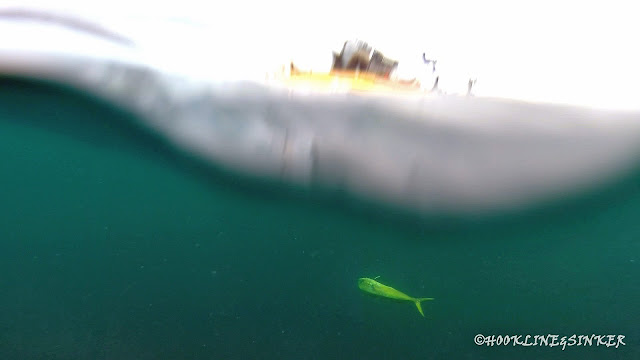 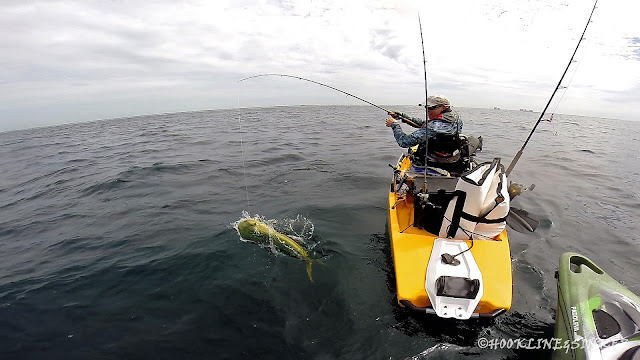 The skying mahi mahi was a very welcomed surprise!

Who would have thunk it. 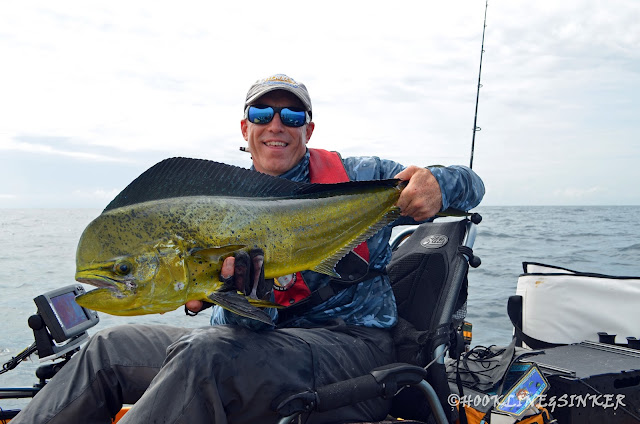 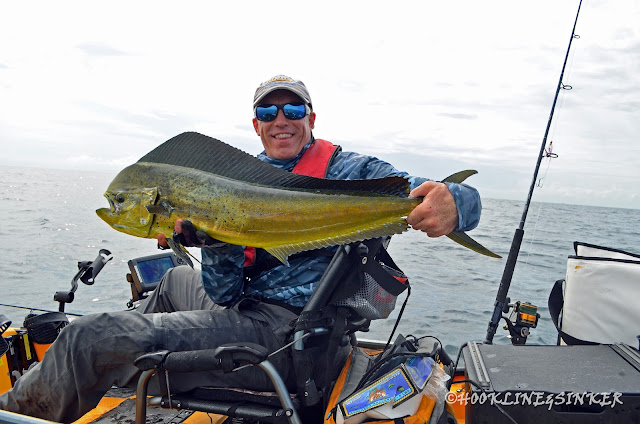 I'll be damned, the day is not going to be a bust after all!

The last spot only coughed up this mahi, so it was time to return to a spot that we passed without fishing.

I was cutting up a small but legal king to use as chunk bait when something off of my port side caught my eye... 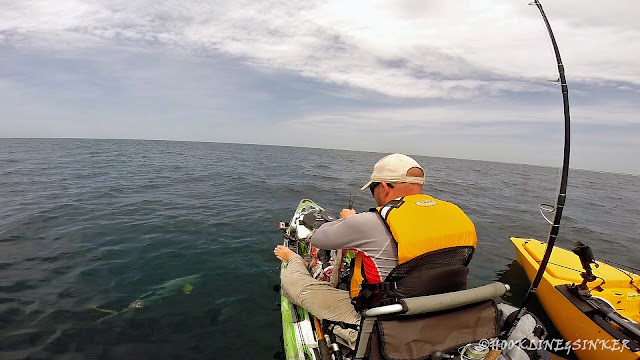 After a quick flip with a chunk of mackerel, ROUND TWO! 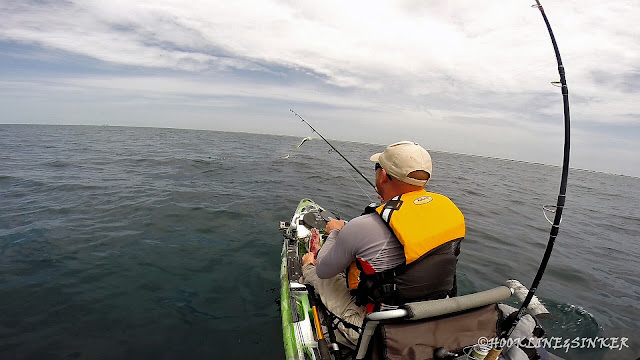 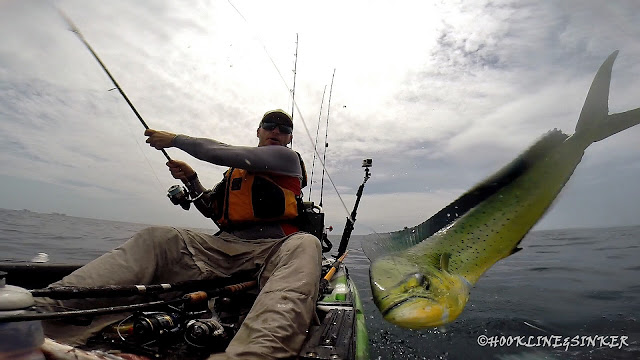 Watching the amazing aerial display of my first mahi mahi instantly carved a smile in my grill that would not go away! 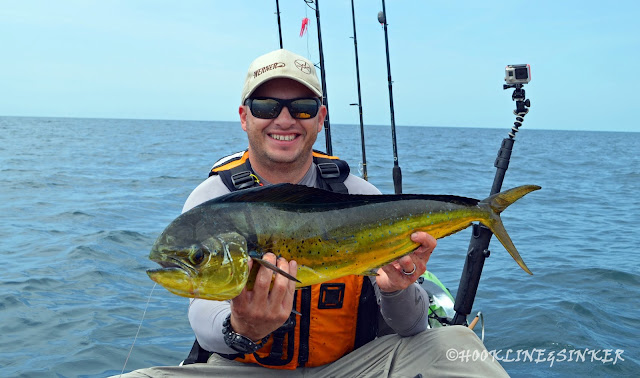 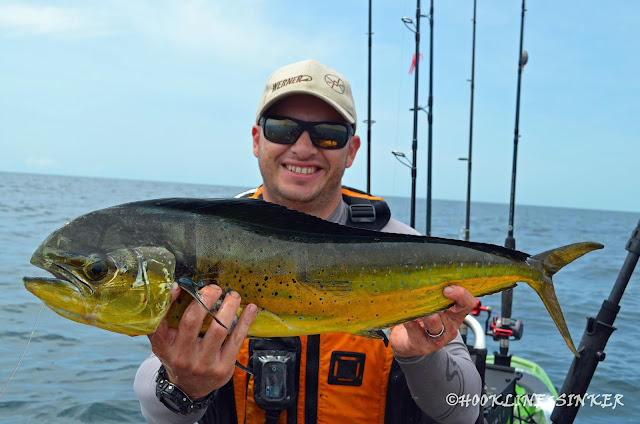 It's amazing to watch these fish turn colors in front of your eyes! 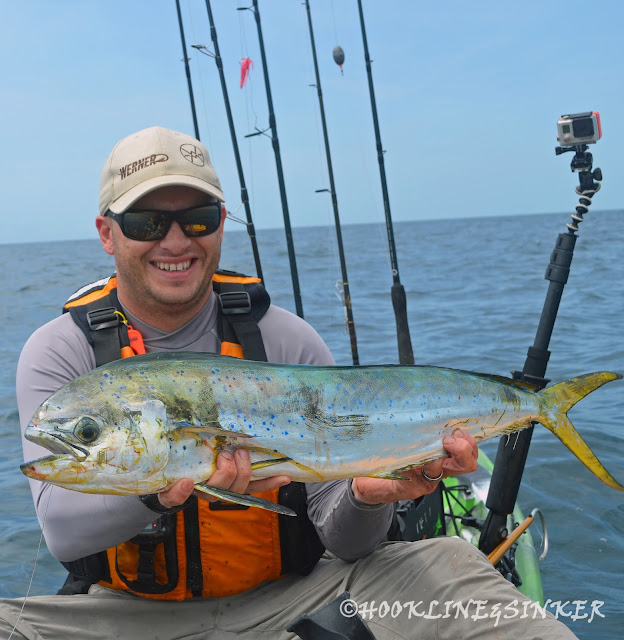 That day ended with zero snapper, but 2 nice mahi mahi...I'll take it!

Having to be at work at 3pm gave me a nice window to hit the water before work. I decided to hit a different location that provided red snapper earlier this year. When you know of a good spot, you don't have to waste time searching.

My Humminbird 698 HD SI said my coordinate was just short of two miles away. No problem with my Old Town Predator 13!

On the way to the spot, the king mackerel would not turn down a cigar minnow tipped duster rig. 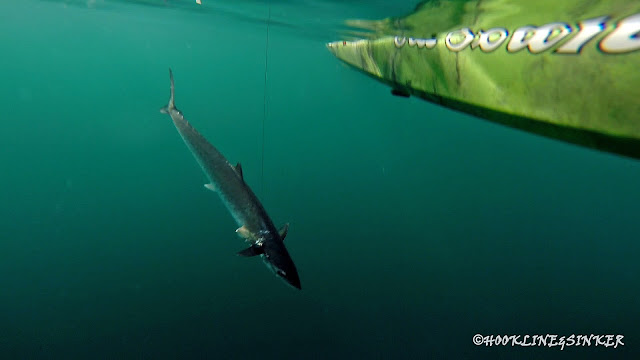 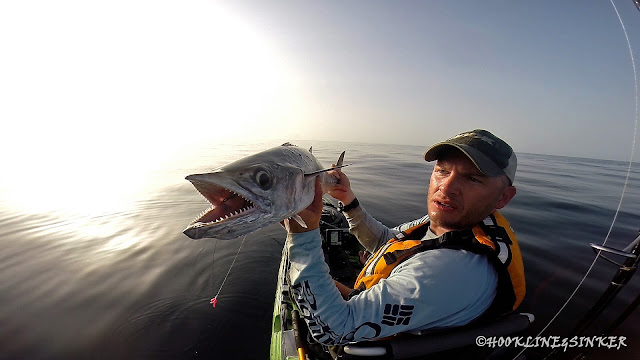 It didn't take long to get my 2 fish limit of kings while heading to my snapper spot.

Once I arrived to the spot, I knew it was on like Donkey Kong!

A handful of chunks mixed with a herring tipped circle hook triggered a feeding frenzy...which included my chunk! 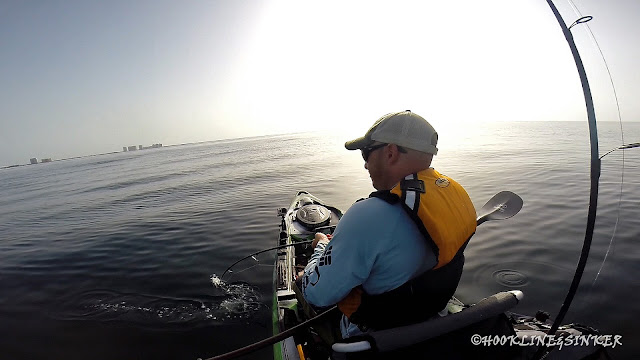 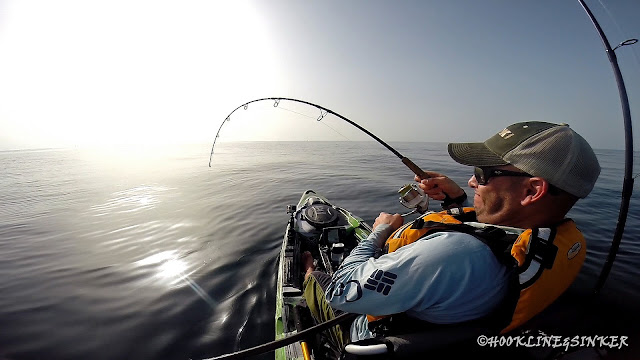 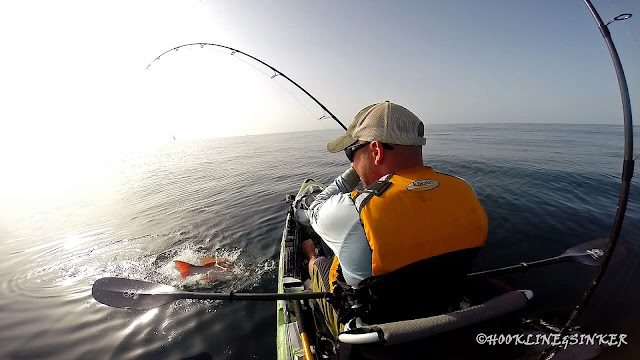 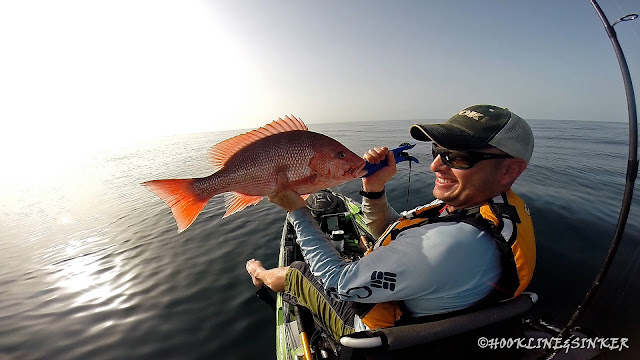 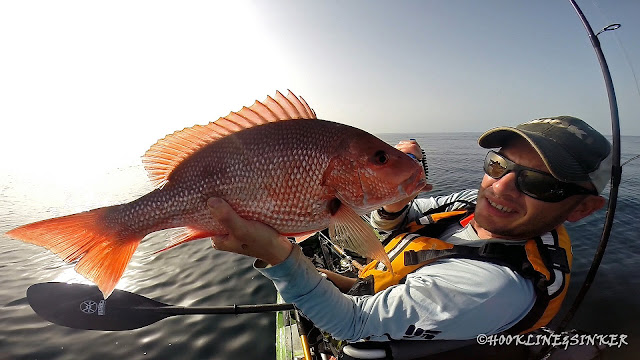 A quick limit of king mackerel and red snapper before work made the paddle back a hell of a lot nicer!


A fast approaching storm left Marty Mood and I questioning our decision to continue on to the spot that proved to be loaded with red snapper. 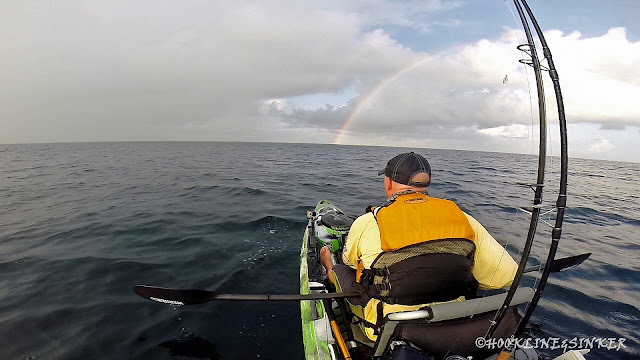 The end of the rainbow highlighting our destination gave us a sign to continue on...good thing we did! 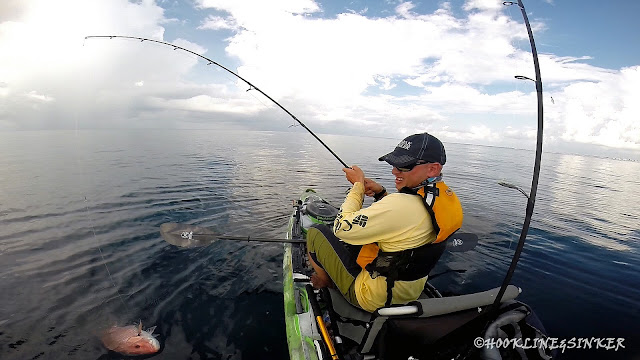 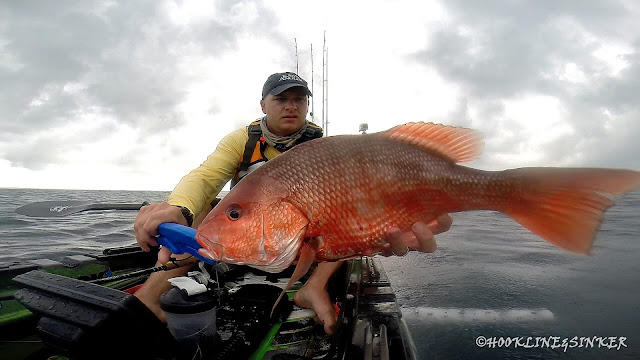 We battled off and on wind and rain. Once we each caught our 2 fish limit of red snapper, we headed in. The wind got crappy making paddle back to the beach quite the chore!

Well, we closed the first period of snapper season the way you would hope. We caught our limits, saw a lot of fish, and had a ton of fun with plenty of laughs! The second period starts in September and runs through the end of October.

WE WILL BE AFTER EM!