Striking out during the June event for the Emerald Coast Professional Redfish Series (ECPRS) didn't set too well with me...which is putting it nicely!
The second event for myself, third for the series, was an opportunity to lick the wounds, bounce back, and get redemption. Like the last time, Marty Mood and I teamed up for the event. I always love fishing the Panama City area. There is no shortage of water and wilderness to explore. 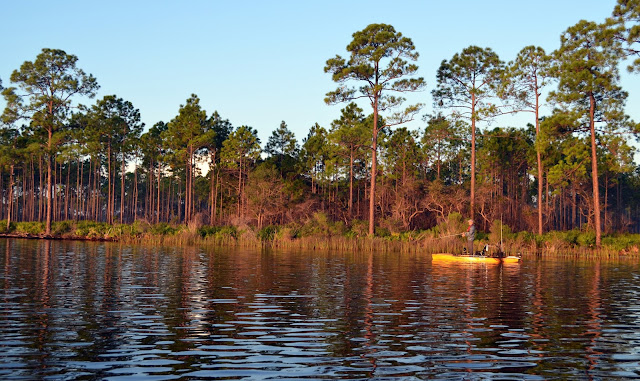 Pre-fishing, as usual, was very successful.
Marty and I scouted maps and traveled uneven roads which yielded what we were looking for.
Both Marty and I landed speckled trout over 23"... 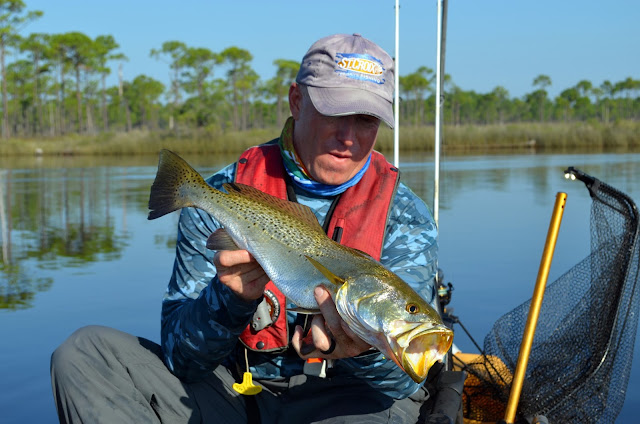 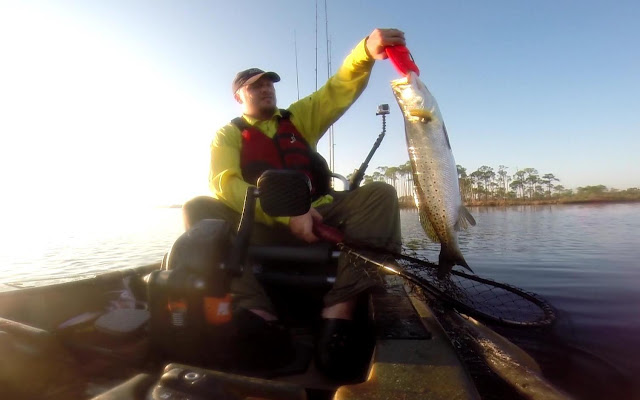 Once we had the trout dialed in, it was time to search for bull reds.
Our first spot was a bust. No bait, no bulls, no action, no good...next!
The second spot had birds working bait schools which was visible from the highway.
Marty headed out first as I was trying to cool off and rehydrate since I was fighting a flu.
The headstart that Marty got paid off with a beautiful 42" Florida bull red... 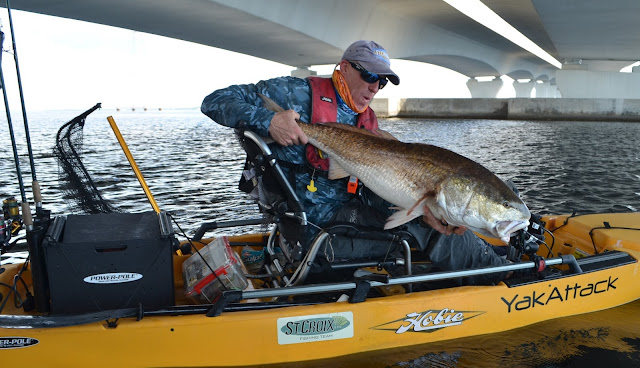 I quickly got in on the action.
After a quick pedal with the Old Town Predator PDL to the birds, you could see bull reds killing anything in their path. 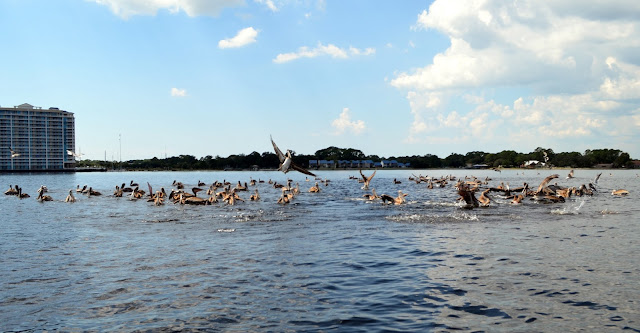 A quick cast and a few twitches of a Super Spook and I was hooked up... 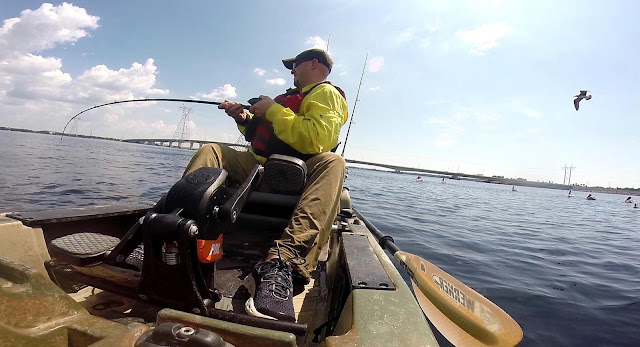 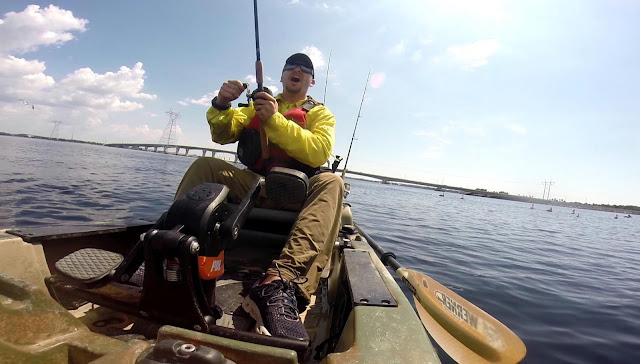 That was how pre-fishing would end. Tournament day rolled around and we stuck to the pattern from the day before; trout spot first and bull red spot second.
When it's tournament time, I normally don't roll with Go-Pros (hence the lack of photos). I opt for the least amount of "stuff" on the kayak when the rubber meets the road.
In the first two hours of the day, I had a 19" trout and a 23.5" redfish. I knew 42.5" wouldn't win, but I was at least on the board with an aggregate length to build upon.
Marty managed to pull a 19.5" trout and a 23.5" redfish to edge me out by a 1/2" at our first spot.
Our second spot had bull reds.  We watched a couple bulls get hooked up, just not on our ends.
That's how the day would close.
The totals were in and would you know it, I took 6th...one place from the money!
D@#n you Marty! (just kidding.)
Congrats to the winners of the tournament.
The 4th and final event is the 2 day Championship is November 5th and 6th.
Until then...
See ya on the water!
﻿
Posted by Richie at 12:26 PM