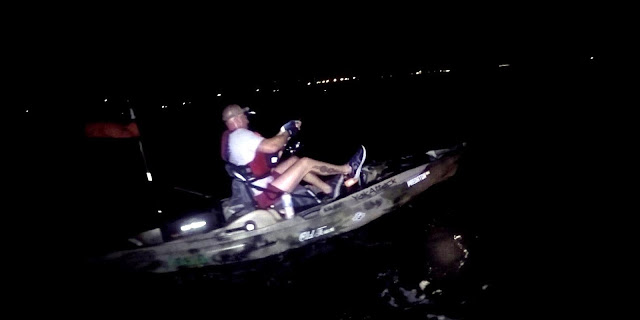 Those that have ever chased tarpon out of a kayak know how insane of a challenge it is. If you do come tight with a "poon", everything has to go right, and I mean everything! These fish will expose the slightest flaw and will make you pay for it.

For 2016, I started chasing these fish earlier this summer. I wish I could have made it out more times than I have, but the times I have been out have been productive, kinda anyways. I have hooked up and jumped numerous tarpon, 6 to be exact. Every time has yielded the same result; a hooked up fish jumps like hell and spits the hook following up with profanities exiting the angler's mouth.

This trip started out no different. I wasn't on the water for more than 15 minutes when I spotted the first fish of the night. A quick cast and I was hooked up...only for him the snap my 80 braid on the second jump. The fish must have landed on the braid and cut it like a tight rubber band, whipping the line back in my direction.

Feeling pretty optimistic, I reloaded the artillery and went back on the hunt. A few more fish were spotted but quickly disappeared. I spotted another fish that gave me a great shot, and I made it count. A couple solid hooksets drove the hook into the concrete mouth and it was time for a ride. 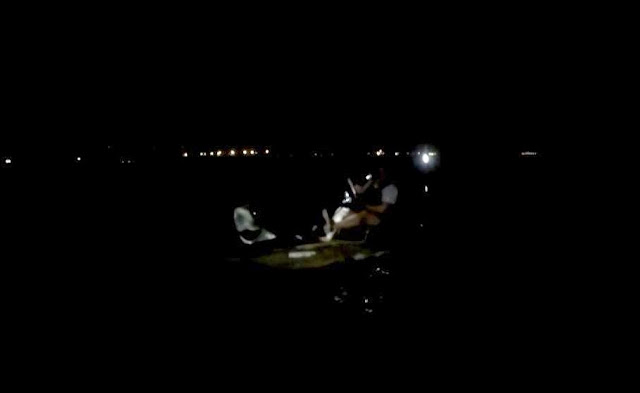 This had to be the most exhausting 20 minutes of my life! The huge tarpon only jumped twice, then went on run after run. 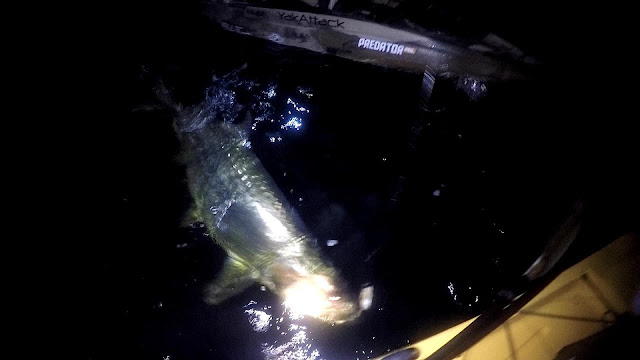 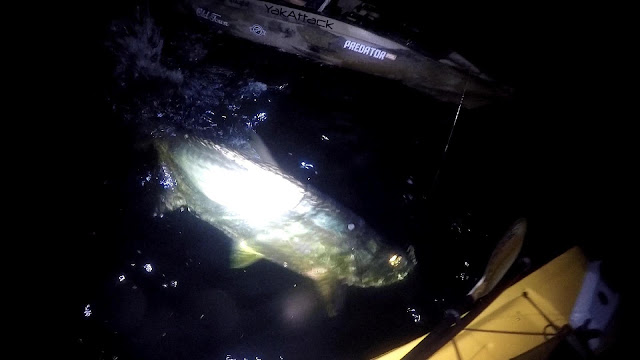 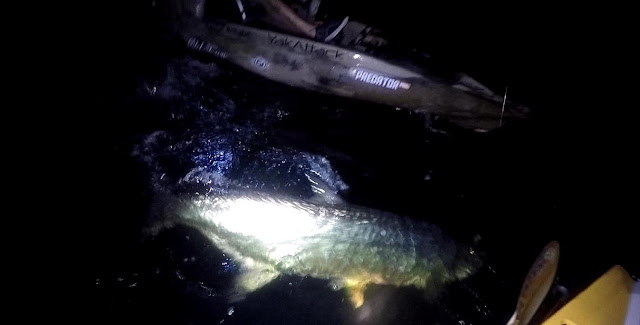 The cool part is that my homie, Marty Mood, was rolling his GoPro. The bad part was the only other camera that I had was a corroded Olympus that is a pain to use. 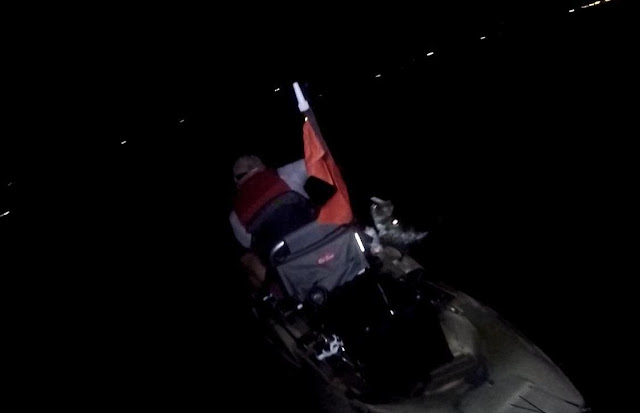 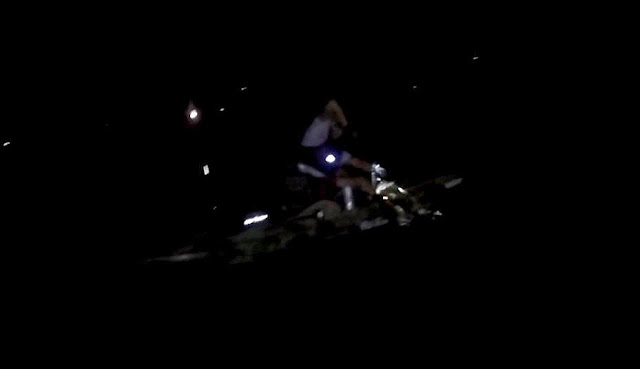 As we were setting up for the hero shot, the fish shook it's head and slipped my grip as the hook was out of it's mouth. No grip n' grin pictures.

Words can't describe the rush that a huge tarpon gives the kayak angler. Wrapping hands around it's jaws makes you realize how massive these fish are and just how much power they possess. Thank you Marty Mood for rolling the GoPro! Until next time...


See ya on the water!

For more information on the Gear Used, please click on the logos located on the right side of the page.